Wandering through the streets of Old Delhi at dawn is unlike anything else. While the crowds of market sellers, imams, and cycle rickshaws lie asleep, the last remaining traces of the Mughal capital loom over you through the morning mist. One discovers a whole new set of marvels on every trip: the mansion of a court poet or the marble mausoleum of two unnamed lovers. It was only after studying here for four months that I stumbled upon a makeshift spice market housed within a crumbling 15th century imperial palace and hidden behind walls of concrete.

The city of Delhi has been at the heart of the Indo-Islamic culture of South Asia for close to a millennium. Successive Muslim dynasties ruled from within its walls – from the Sultanate of Delhi to the great Mughals. Even today, the city holds one of the most magnificent ensembles of medieval Islamic ruins in the world. In just twenty minutes, one can amble past the sandstone predecessor of the Taj Mahal, wander through to the medieval Shergarh citadel and then stop for a rest at the jewel-encrusted tomb of Nizzamuddin Auliya – one of South Asia’s most important pilgrimage sites.

Even more impressive than the quality of Delhi’s ruins is the sheer quantity of them. Almost every quarter of the city is home to a host of centuries-old mosques, mausoleums, and madrassas that have been abandoned beneath bypasses or left to decay by the sides of motorways. Marble archways, adorned with calligraphy from Samarkhand and painted by South Asia’s finest miniature painters, throng the slums. Under British rule, these structures were so abundant that they were often converted into country estates. The district of Mehrauli hosts a remarkable number of tombs with incongruent Georgian fireplaces and defunct colonial bachelor pads attached. 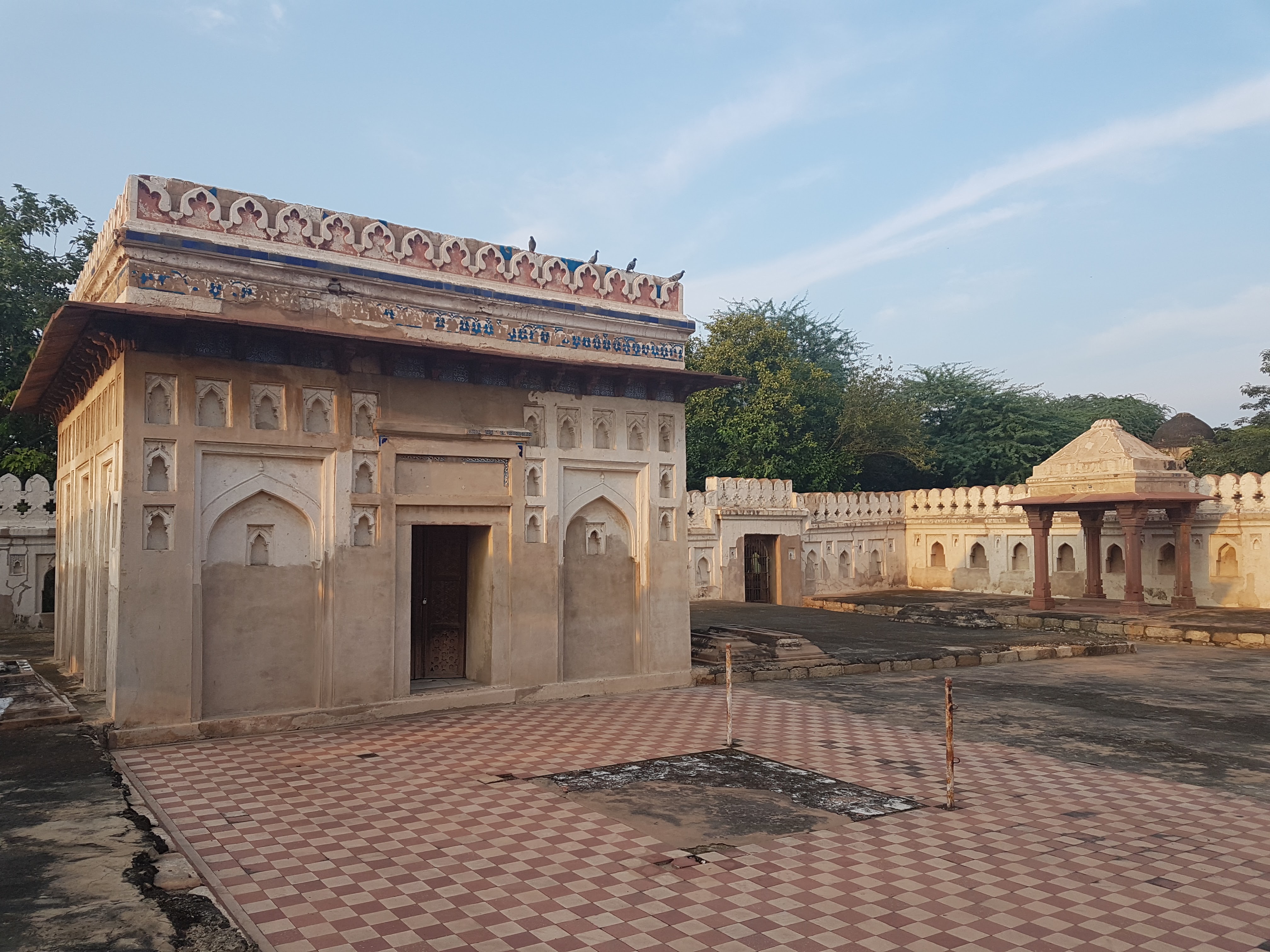 Delhi’s meteoric growth has left its great heritage vulnerable. Since 1947, Delhi’s population has increased from 900,000 to over 27 million – three times the size of London. Recently crowned the world’s second most populous urban area, its growth shows no signs of stopping. The price of land has shot up, meaning that unplanned and often illegal demolitions are commonplace. Furthermore, as Islamophobia and communal violence in India rises to a fever pitch, Muslims are increasingly seen as ‘foreign invaders’ who came to the subcontinent to plunder and destroy ancient Hindu civilisation. As such, the country’s Indo-Islamic heritage is regarded with as much disdain as its colonial past. Sometimes, this cultural pressure leads to the wilful destruction of Islamic monuments but more often it results in studious indifference. Delhi’s monuments are simply ignored and left to sweet decay.

History is repeating itself with a terrifying familiarity. Already, the Lutyens Bungalows of New Delhi, once regarded as the greatest colonial townscape in the world, have virtually disappeared. No fewer than 1,150 bungalows have been demolished in the last 20 years, an act of cultural destruction akin to the wholesale demolition of St Andrews. Now much of Delhi’s Mughal heritage looks likely to follow in its footsteps. Of the many hundreds of havelis – lavishly carved Mughal mansions – that once dotted the old city, less that 1% remain. Historian Pavan Verma believes that the majority of the buildings he recorded in his book Mansions at Dusk in the late 90s no longer exist. In 2014, 24 government-protected buildings simply vanished. Images of lost heritage punctuate our social media, in an attempt to archive things that we have yet to lose.

This wholesale destruction occasionally hits the news, as when the tomb of the Mughal Poet Laureate Zauq was found to have been lost beneath a municipal urinal, or when it was revealed that the gutted hallways of the last great Mughal palace – the Zafar Mahal – had become a drug den. Yet by and large these losses go unrecorded. Part of the problem lies in the sheer quantity of antiquity. Delhi contains more than 1200 ‘major’ monuments over 1000 years old; it is impossible to raise awareness of all of them individually. Understandably, Delhi’s booming population and dangerous levels of air pollution are at the top of the Municipal Corporation’s list of priorities. 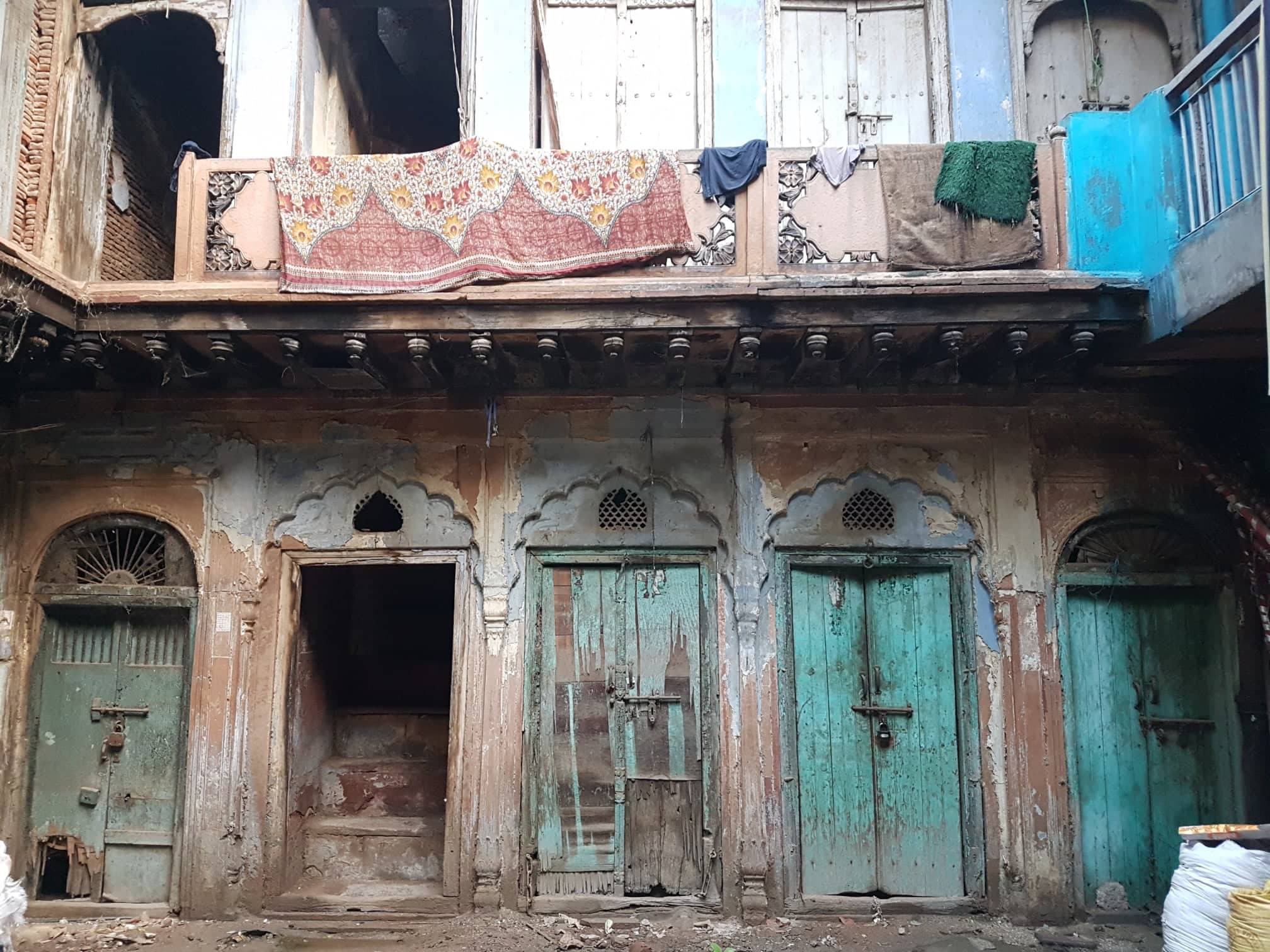 It’s not all doom and gloom. If commercial interests are destroying cultural heritage, they are also emerging as its potential saviour. Recently restored sites like Humayun’s tomb and the Sunder Nursery have attracted a steady stream of tourists; the money that they bring with them can be used to fund other restoration projects. In turn, many locals are beginning to realise the value of the derelict buildings in their midst, and community-led efforts to preserve and capitalise on Delhi’s architecture are becoming increasingly common. The Archaeological Survey of India has even announced a new ‘Adopt a Building’ program, which will allow private companies to sell commercial merchandise onsite in exchange for their restoration and upkeep.

Social media is also spearheading a new interest in Delhi’s history among the city’s youth, who have begun fighting against the cultural current. Numerous Instagram pages are now devoted to recording and popularising historical sites. One such page, called ‘Delhi Explorer’, is run by a photographer called Dipesh who combines a love of history with an encyclopaedic knowledge of Urdu poetry. In just a few months, he has gained 18,000 followers. As a result of this success, he recently quit his job and now spends his time walking history buffs and university students around many of the city’s more obscure sites, raising awareness of their existence and proving that there is indeed a large market for heritage in the concrete urban sprawl of Delhi. 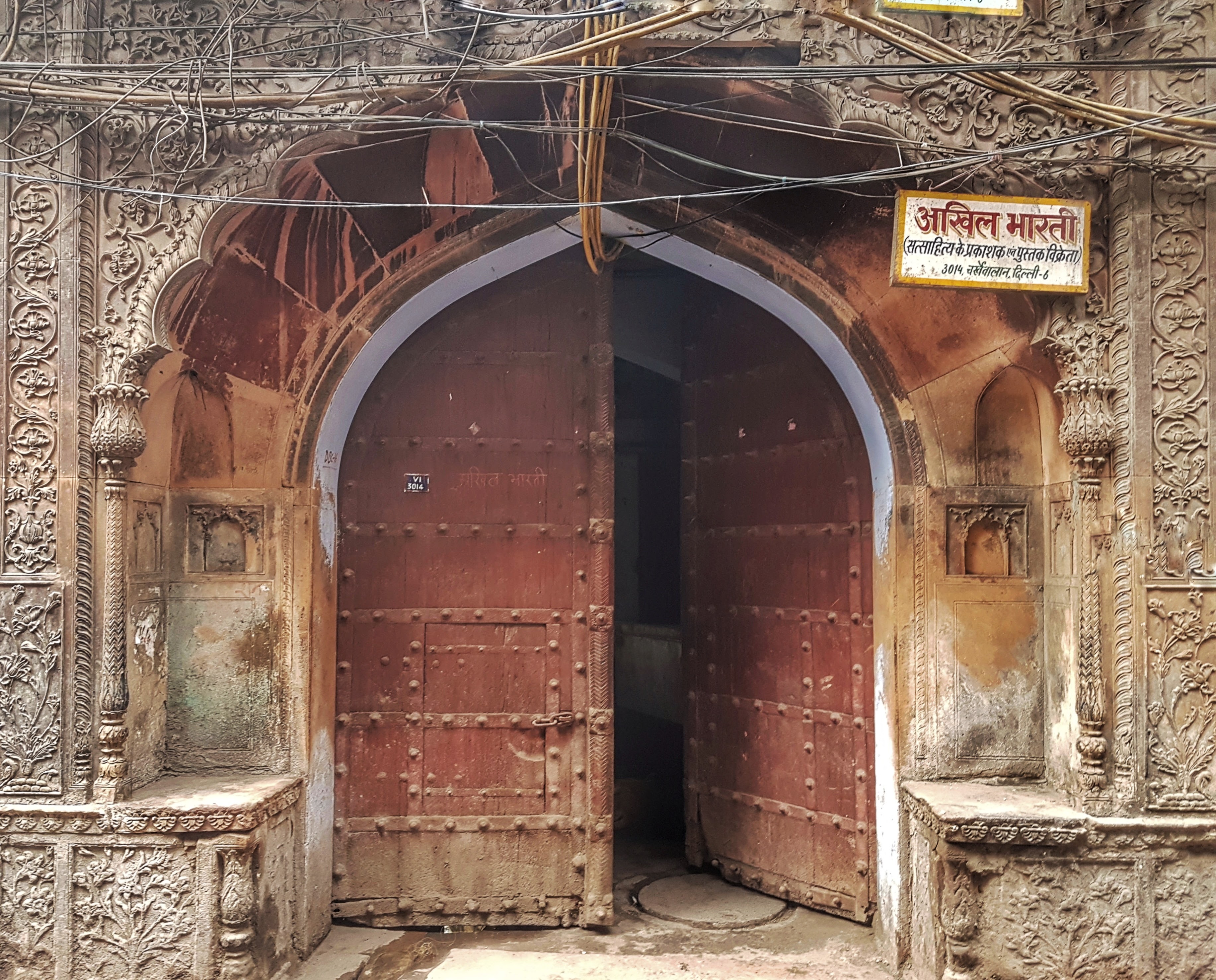 Other social media sites like Twitter and Facebook have also provided a platform for activists opposed to the wholesale destruction of Delhi’s heritage. Last summer, sportswear brand Puma sparked outrage on Twitter after it emerged that they had graffitied one of the last remaining havelis in the old city as part of a promotional campaign. The overwhelming backlash against the campaign eventually led to the building’s restoration, and brought the need for more efficient heritage laws into the public eye.

Yet these successes are few and far between. For every success story, there are many more tragedies in the battle to save Delhi. The government’s conservation branch is often pitted against other departments that are supposed to work with it to protect Delhi’s architectural legacy. In 2015, the Indian government quietly dropped Delhi’s bid to become a world heritage city, claiming this could ‘hamper development’. The government itself blames the loss of cultural heritage on bureaucratic incompetence and budgetary constraints. But these prepared excuses will do little to prevent the wholesale disappearance of heritage sites in Delhi, a city where the population and government increasingly see this tragedy as a triumph in a sectarian conflict stretching back centuries.