Janet Mock is a writer and former editor of People Magazine.com. She is also a transgender woman. Since choosing to share her story in a ground-breaking interview with Marie Clare magazine in 2011, she has fought for the rights of women and girls like herself by founding the #GirlsLikeUs movement, a positive space to encourage trans* women to live visibly.

Born in Hawaii and based in New York City, Janet writes and speaks on the shared experiences of being a trans* woman of colour, and has been recognised for her work by The Anti-Violence Project, ADCOLOR Awards and the Sylvia Rivera Law Project. Starting as a twitter hashtag, #GirlsLikeUs soon developed into a collective: an “encouraging space, for debate, for love, for hope, for struggles… a space to be frivolous, to talk about transition, a space where women can discuss hot topics, debate about issues, point out privilege blind spots, and share new articles, policies and essays regarding issues facing trans women and women in general.” For her work with activism and social media Janet was recently declared Woman of the Year by the woman’s media platform, Vitamin W.

How do you envisage the intersection between your work in both activism and writing?

I think, for me, everything has been about writing, I think that’s something I’ve learned in the past five years of my life. I am a media-facing person, in the sense that the media is interested in what I have to say, and how I say it.  But I know that everything comes down to, at the end of the day, my identity and my work and craft as a writer, so I try to center everything around that. I write about things that most people would not have an interest in writing about but they do have an interest in reading about.

That’s where it starts. I don’t even see myself as an activist to be honest; most of my work is sitting alone at my computer, thinking about these issues and how urgent they are, and how there’s not enough people talking about them. I dedicated myself to doing that. I love that other people see it as activism, which is great, if they want to label the work I do in that way then that’s great. But at the end of the day I just see myself as a writer. 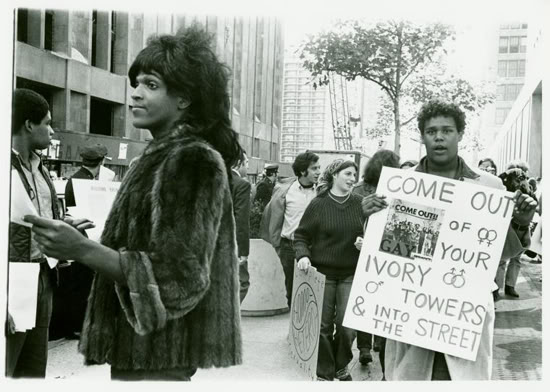 Is there anyone who inspires you in this regard?

I see Sylvia Rivera, I see Marsha P Johnson, and I see Miss Major Griffin-Gracy…They’re the three women I thanked in my acknowledgements because of the work that they did for no pay, for no acknowledgement, for no accolade. I’m always very aware that they created a system, and a body of work, and theory; a formula, a template, a blueprint for me, so that I can exist and thrive.

I have to walk in the footsteps of giants. I take their work and I push it forward. Because no one was hearing from them at the time of their lives, no one was putting cameras in front of them. People would take pictures of them and delete the pictures, record interviews, and hide them away in archived libraries. So I feel that I have the chance -alongside many other activists too- to stand by their work. They’ve been saying this stuff, I just get a turn now in a different way. I hope that I am always paying homage to them.

Reading trans* stories when I was younger, it felt very much like a separate genre in of itself. When writing your book did you ever feel limited by what a trans* memoir ‘should’ be?

The trans* memoir genre, because it is a genre, has been around for a while. There are three or four new trans* memoirs a year, and every five years or so there is a new popular press trans* memoir, basically meaning a transition memoir and that is what a lot of people put this book in that tradition.

But…we’re going to transform this genre into something else. It’s not just going to be about the quest for sex reassignment surgery. It’s about so much more. And that’s why we have “My Path to Womanhood, Identity and So Much More.” Because that’s what we wanted it to be, to not be limited.

I hear people say: “it’s a transgender memoir”. And I’m like yeah it is, but it’s also a black woman’s memoir, it’s also a mixed race woman’s memoir, it’s also a trans* woman of colour’s memoir, it’s a poor girl’s memoir. It’s a lot of stuff. But we distill it and we get really reductive about speaking about certain things. That was something we were conscious of. I was also conscious that there were not very many trans* women of colour’s memoirs. And there definitely weren’t many young trans* women’s memoirs… So yes, knowing that this tradition existed, this whole body of work? I was going to shatter it, in my own way.

You’ve written a lot about living a truthful life as a trans* person. But there are so many unspoken standards, in terms of being the ‘right’ kind of trans* person, did you ever feel pressure to edit parts of your story?

I do feel that pressure of respectability politics. It’s such a bizarre standard, which is why, in my author’s note I say that I know there is a privilege in telling my story, the things that allowed me to get to Simon and Schuster to tell my story. My accomplishments are something that have elevated me… people respond with ‘oh well you’re completely fine, we’re okay with hearing it because you’ve made it.’  If I was still doing sex work and saying the things that I am now it would be a completely different experience.

The struggles of cis women of colour and trans* women of colour have always been outside the norm, and the ideals of white womanhood has been a pillar that we’ve always failed. But our womanhood is just as valuable, and when we centralize the experiences of our most marginalised sisters, when we centralize their ideals, and their needs, and their struggles, and triumphs, we become powerful. And so that’s what I wanted this book to be. You’ve got to give language and accessibility to young trans* women who are going through it and it will raise their consciousness and give them the language to talk about these things. And I think that’s why I also talk about disclosure so much in the book, because it’s our choice, we get to choose about who gets to know about us. 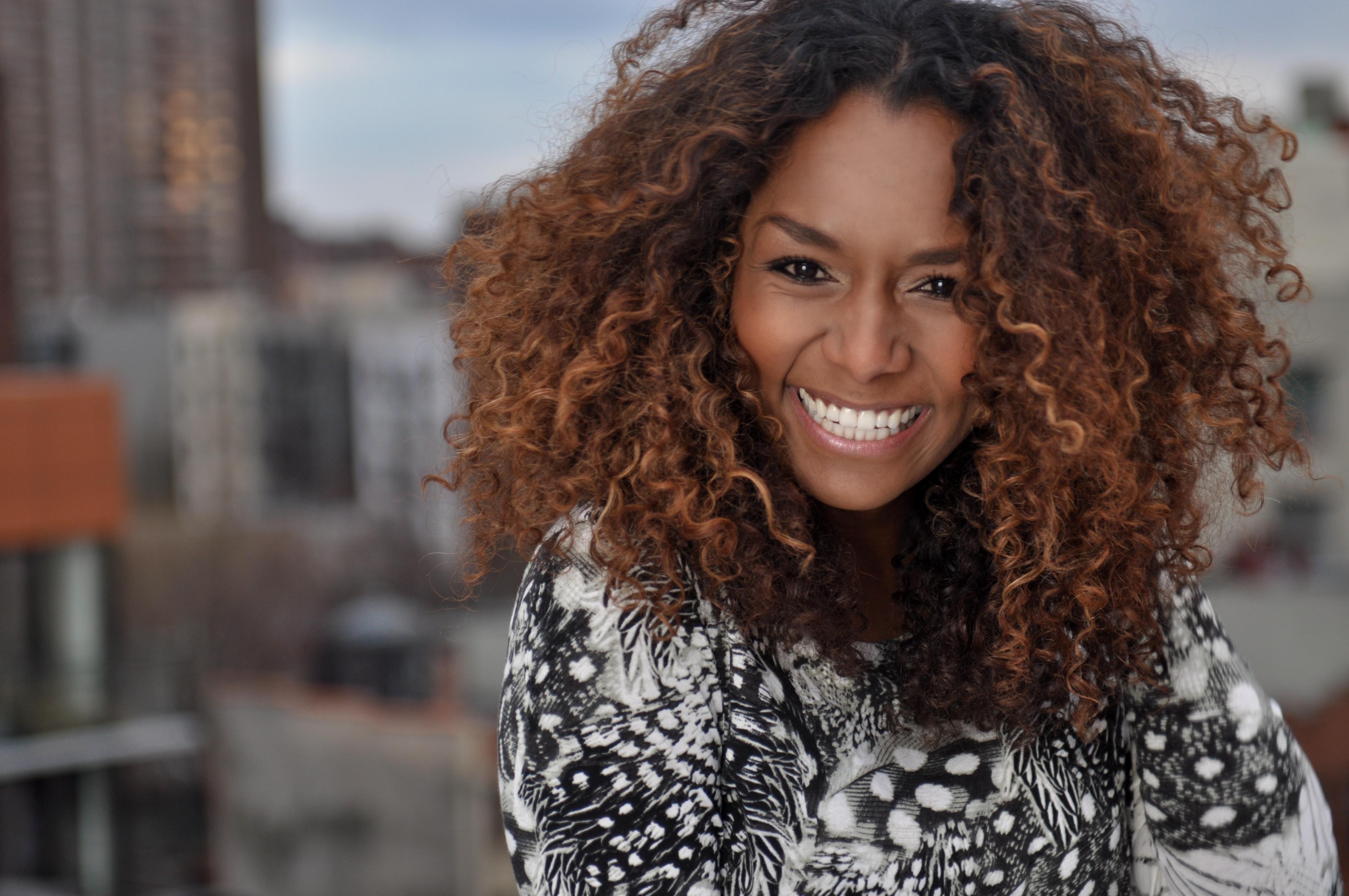 There aren’t many trans* stories like yours in the public sphere. How did it feel to speak out?

A lot of people like to frame my life, specifically my twenties, as ‘living in secret’… when I got close to people, that’s when I felt the pressure – the need – to disclose my life story, just like any intimate relationship… We live in a culture where we’re told that if you’re not talking about your past and your traumas that you are ‘living in secret’.

I wanted, with my memoir, to dream of a better language where we could just be ourselves. I want it to be known that we have the choice to choose who we tell our life experiences, and we have the choice to be seen, so we can work towards a culture when seeing a woman who is trans* isn’t dangerous anymore.

We deserve to be seen, we deserve to have partners who want to be seen with us. We’re not going to be in the dark. Our darkest moments should have a light shed on them, so that our culture can shift and transform so we don’t have to only live in the shadows. And so for me that is the romanticism in the writing. Not only in the context of myself, but also in what I hope, and wish, and dream, for young trans* girls, trans* women of colour. I want them to be able to live their lives.

Bethany Lamont is a transgender student at Oxford.