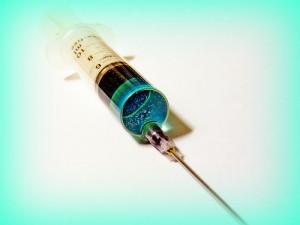 Pharmakos (φάρμακος), the ancient Greek word from which derives the English pharmacology, can be interpreted to mean both poison and cure. Such ambiguity sets a precedent for the continuing mystification of medical terms within our modern society. While there are more ‘curative’ drugs than ever, these may poison our expectations of medicine, which increasingly seems ready to recommend a physical prescription for what is often a psychological problem. The misappropriation of medical terms now prevalent within the English language has created ‘medicaleze’, a language that inherits its authority from the popular myth of the reliability of science. Identifying the problem as an ‘itis’ or an ‘ism’ provides the reassurance of a name for a society infected with nameless fears. More so than ever, there is the awareness that progressive increase has not gone hand-in-hand with increased happiness.

When Don DeLillo conceived in his novel White Noise of a pill that could cheat our fear of death, he was anticipating the very near future. There are pills that will promote happiness, pills that will treat our unhappiness, pills to increase sexual longevity. Added to this, genetic investigation has gone from exploring the possibility of a genetic link with homosexuality to the latest discovery of what has been dubbed the ‘love rat gene’. Those who have DRD4 are supposedly twice as likely to cheat on a partner as those without. While findings of this sort subject scientific investigation to ridicule, the following terms were genuine diagnoses made at varying points in history that have only subsequently been dismissed as ‘medicaleze’.

Hysteria – In Victorian England the condition of female hysteria, deriving from the Greek hystera (ὑστέρα), meaning uterus, was traditionally treated with massage to bring the sufferer to orgasm. The perceived image of the ‘flooding woman’ arose from male misconception about the nature and effect of menstruation, and therefore the myth was allowed to be perpetuated that woman are unpredictable, irrational creatures controlled as much by their wombs as by their brains. In her landmark work, The Second Sex, Simone de Beauvoir described the female body as an ‘hysteric body’, which betrayed women themselves with ‘lacerating pains’ and bleeding. Exploiting this, the link was established between physical bodily symptoms and emotional instability by encouraging women to view their own bodies as alien.

Drapetomania – Before the American Civil War saw the abolition of slavery in the southern United States, those who fled the brutality of the regime were diagnosed with drapetomania. Compounded from two Greek words, the one for runaway slave (drapetes) and the other (mania) designating madness, the term was designed by Samuel Cartwright in the hope that the taint of mental illness would ensure other slaves considered their escape as the side-effects of a mental disorder rather than a positive defiance of institutionalized slavery.

Dysrationalia – This term first appeared in Scientific American in the 1990s, coined by Keith Stanovich and is distinguished only negligibly from irrationality through the issue of intent. Where irrational behaviour acts in wilful exclusion or ignorance of rational reasoning, dysrational behaviour is the inability to act rationally despite evidence or intelligence to the contrary. Dysrationalia means the sufferer is physically incapable of rational action.