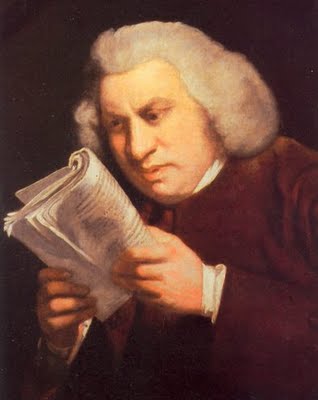 Language has long been a contentious subject in the Western world. It is so wrapped up in the social and cultural web of human society, so linked to identity, politics, and class, that it is inevitable that it should cause disputes, and passionate, hotly debated ones at that. The French think the issue so important that they have an Academy to “protect” their language from Anglicisms; the British are constantly complaining about the tide of “vile” “ugly” “pointless” Americanisms that are flooding into British English; the Quebecois ban such phrases as “le weekend” in favor of the more “French” “le fin de semain,” never mind that “le weekend” is considered perfectly acceptable in France. The reason for all of these heady, pedantic efforts is tied both to the standardization of language and its own relationship with nationhood, and to the fallacies of prescriptivism (which the OED defines as the “belief that the grammar of a language must lay down rules to which usage must conform”). And prescriptivism is indeed rife with fallacy: in theory and especially in practice.

It’s worth beginning with a quote (excuse me, “quotation”) often found in beginner level linguistics textbooks: “A language is a dialect with an army and a navy.” This phrase may seem confusing at first to the uninitiated, who are accustomed to thinking of languages as monolithic, permanent things, whose boundaries are set and solid. But this conception is far from the truth. Languages are always evolving and changing; they do not have linear edges that separate them, and the form of a language which is considered the “right” one—the one that is reproduced in books and taught in schools—attained that status due to happy accidents of political or geographical circumstance. Spanish and Portuguese, for example, are mutually intelligible, but have been historically separated and enshrined because of the power of the people who spoke them. Such is the case with Standard English, whose rise to prominence has everything to do with its position in relation to London and nothing to do with its merits as a system of communication versus other regional variants. This leads neatly into two of prescriptivism’s false assumptions: that one way of using a language is inherently “better” than another, and that languages are fossils, which may be legislated, contained, and purified. Many of the rules prescriptivism champions do not make logical sense or have been raised up as linguistic law only to be tossed aside a century later, with the unfortunate consequence that the pundits of one era end up criticizing the usage of the pundits who preceded them.

Languages are always evolving and changing; they do not have linear edges that separate them, and the form of a language which is considered the “right” one attained that status due to happy accidents of political or geographical circumstance.

None of this is to say that Standard English is useless or unnecessary. Standards are necessary, especially in writing, which may persist over huge lengths of time and great swaths of distance. Standards facilitate ease of communication and eliminate misunderstandings caused by instances of usage that contradict each other. The issue is not the existence or the teaching of Standard English, but instead the presumption that Standard English is “superior” to regional dialects that do not enjoy its glorified status: not in terms of “beauty,” “clarity,” or “correctness.” Prescriptivism, in its quest to make ordinary people feel terrible about the way they naturally communicate, often takes for granted that the language taught in primary schools must be better, at least in some way, than the dialects which are passed over in its favor, or worse, derided at its feet as “stupid,” “muddled,” and “wrong.” What needs to be accepted is that people would not continue to speak and write in a way that was ineffective. Language evolves to improve communication; the dialects we have now are the result of generations of tinkering and modification; this is why they are uniquely suited to the expressive needs of the people who use them.

Prescriptivists love to harken back to a “golden age” of literacy that is then tied to a “decline” of language from its original “purity,” but the truth is that there was no such period. Languages are almost never pure, and English especially is not. Even if we were all to start using only words dating to Anglo-Saxon times, that would not exclude borrowings from Old Norse, and later, from Old French (brought during the Norman invasion). English has also borrowed from Latin, Greek, Italian, and Spanish, and despite what the Prescriptivists say, these “loan words” do not pose a threat to its identity. They don’t, because languages are not fossils. Meanings shift; new words are coined and appropriated; usage changes. This is natural and inevitable. It is folly to fight it, and the people who try to nearly always lose.

Languages are almost never pure, and English especially is not.

Prescriptivists often concern themselves with minute details of usage and grammar, such as split infinitives or dangling participles, and condemn anyone who “falls into the trap” of failing to recognize the “correct” form as “uneducated” or “backward.” However, this shortsighted view rarely takes into account the true nature of language. In the broad sweep of linguistic history, these rules do not matter at all; they are mere quibbles imposed by certain groups of (usually self-appointed) “guardians” on everyone else. Many have been overturned and reinstated and vice versa, or they rest on very flimsy premises, or do not correlate whatsoever with clarity or even sense. Prescriptivists also do not generally note that the difference between speaking and writing is vast, and instead conflate the two in order to make an argument about the inferiority of regionalisms.

The famous “no split infinitives” rule joined English grammar books in the nineteenth century, another ill-fated regulation that became universal truth. Split infinitives were demonized because of a belief in the authority of Latin grammatical constructions. In Latin, the infinitive is one unsplitable word: so “ambulare” means “to walk” and “vocare” means “to call.” Latin is a heavily inflected language; each verb form is created by adding infixes and suffixes to an increasingly longer word. The problem is that English does not work like this, and there is no legitimate reason that an adverb should not be allowed to interrupt “to” and “go.” In fact, as the linguist David Crystal points out, the native rhythms of English speech mean that a split infinitive often sounds better to our ears than an intact one.

Punctuation, too, is attacked. The anger generated by misplaced apostrophes borders on manic in some circles: there is an Apostrophe Protection Society, and it’s one of the misuses that Lynne Truss, author of the popular Eats, Shoots, and Leaves, absolutely detests. And yet, contemporary rules about apostrophe usage did not begin to emerge until the mid nineteenth century, and the wholesale vilifying of anyone who defied them until the mid twentieth. Truthfully, many distinguished authors of the past used the apostrophe in ways that are anathema to modern prescriptivists. Truss and her apostrophe henchmen are just the latest set of “guardians,” who prosecute people on arbitrary grounds and scold them for ushering in the “decline” of civilization, instead of gently attempting to teach them where they’ve gone wrong. Why do prescriptivists so fervently support such silly rules? The answer has social and cultural roots. The gulf between Formal Standard English and everything else is far from being the yawning chasm that prescriptivists would have you believe. This is why nitpicky rules of usage exist: they are shibboleths meant to weed out the “riffraff” from the “cultured.”

This is why nitpicky rules of usage exist: they are shibboleths meant to weed out the “riffraff” from the “cultured.”

Prescriptivism’s aims are not necessarily the problem; it is instead the haphazard and sometimes damaging means they employ in trying to achieve them. Grammar, spelling, and Standard English should and must be taught and learned. But they must be taught with a healthy dose of realism and an understanding that Standard English does not represent some kind of perfect iteration of the language, and is merely the particular vehicle that mass communication is expressed in. Its position in the classroom does not mean that regional variants are lesser or that the people who use them are “dumb.” Grammatical slip-ups and punctuation blunders are not a sign of the apocalypse. Nor are foreign borrowings (or American ones) any reason to take to the streets with pitchforks in order to “save” English. Language does not “decline”; it only changes. It was Samuel Johnson who recognized that, for all the efforts of those dictionary makers wishing to preserve some aspects of language and cast off others, they will ultimately prove unsuccessful: “And with equal justice may the lexicographer be derided, who being able to produce no example of a nation that has preserved their words and phrases from mutability, shall imagine that his dictionary can embalm his language, and secure it from corruption and decay, that it is in his power to change sublunary nature, and clear the world at once from folly, vanity, and affectation.”