You don’t have to have strong views on politics, or Donald Trump, or the Palestinian question, to acknowledge the sheer idiocy of the US president’s latest bout of verbal diarrhoea.

In 1995, Congress passed the Jerusalem Embassy Act, a law for the purposes of initiating and funding the relocation of the US embassy from Tel Aviv to Jerusalem, but also a law calling for the recognition of an undivided Jerusalem as Israel’s capital. This was despite the Oslo Accords of 1993 and 95, signed by both Israel and Palestine, vowing to negotiate the status of Jerusalem.

About six months ago, the Senate passed a non-binding resolution regarding the 50th anniversary of the reunification of Jerusalem which included both a provision that reaffirms the Act of 1995 and one that reiterates it is “a matter to be decided between the parties through final status negotiations towards a two-state solution.” There seems to be a legal paradox here. Since 1995, the President of the United States has biannually signed the Presidential Waiver that postpones the enactment of the Jerusalem Embassy Act on the basis of national security reasons. President Trump, however, did not, and so the relocation of the US embassy to Jerusalem and the chaotic consequences of this recognition have begun. 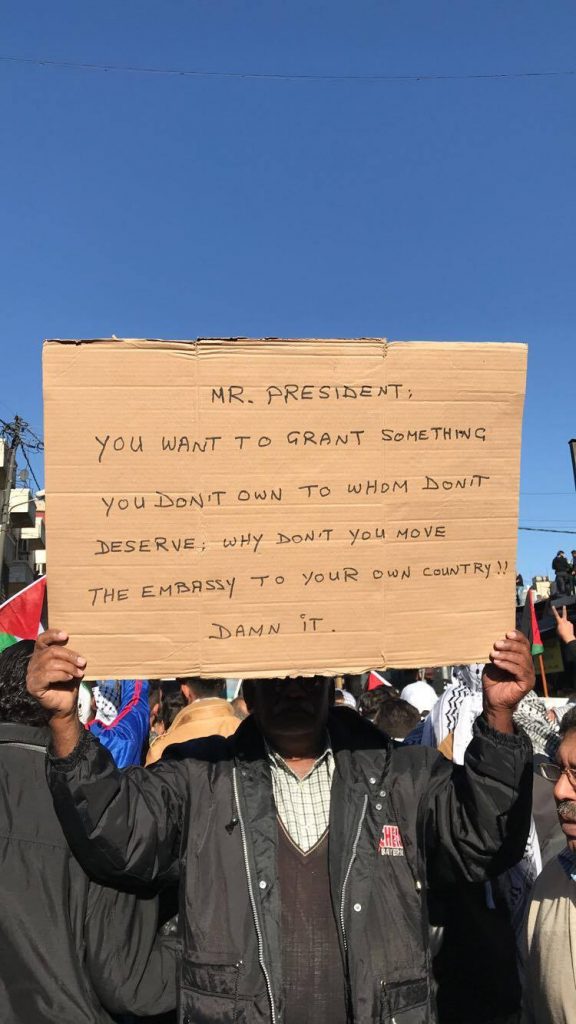 Despite the supposedly maintained intention for negotiation, from what we can see in Trump’s statement and Prime Minister Netanyahu’s response, there seems to be nothing left to discuss. He declared, “Jerusalem … is the heart of one of the most successful democracies in the world.” He questionably claimed that under Israeli rule, “Jews, Muslims and Christians and people of all faiths are free to live and worship according to their conscience and according to their belief.” Apparently, because Israel’s government and Supreme Court are based in Jerusalem, Trump deems that this it “the obvious” move to make, a “recognition of reality”, “the right thing to do”. I wonder if Trump would have recognised British colonies as truly British lands on the basis of the existence of such utilities. In truth, Trump’s consideration (assuming there is some) of the issue as a whole, follows the pattern of short-sighted policy he seems to favour. As with the threats of closure directed at the PLO, he seems desperate to rush into a solution that is “in the best interests of the United States of America”, barging through the signing of agreements and deals that form strong allegiances with little regard for the violent ramifications. Nonetheless, the decision will undoubtedly help him with his re-election campaign, current levels of support and ability to go down in history. All for the bargain price of continued displacement for over 12 million people.

The decision undermines international law, through the validation of the illegal settlements found in East Jerusalem. It undermines the Palestinian authority, showing complete disregard and a total lack of respect. And, most obviously, it compromises the US’s ability to broker any form of negotiation. Trump can talk all he likes about how “we want a great deal for the Israelis and a great deal for the Palestinians”, but no one wants that more than the real entities that his “we” entails. It has been shown throughout history that America’s involvement in the Middle East is almost entirely self-serving and consistently destructive–this past week is no exception. Even the language Trump employs, the way Israel is referred to as a national entity and yet Palestine is always simply a mass of people, “the Palestinians”, challenges the Palestinian authorities. As Mairan Zonszein and Aziz Abu Sarah put it in their joint piece for The Washington Post–a highly recommended read that offers both an Israeli and Palestinian perspective–Trump’s recognition “formalizes Palestinian statelessness and invisibility.” 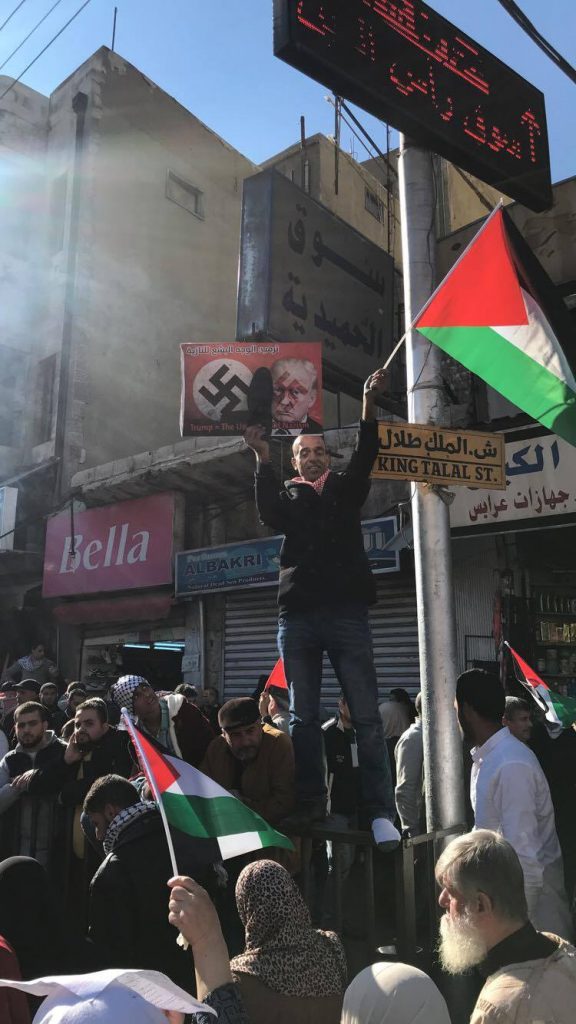 Despite the international condemnation, which I can tell you is appreciated here in the Middle East, the world will soon return Palestine to the back of its mind once again. Though Saudi Arabia may condemn the US government’s decision now, it will soon go back to encouraging discussions in order to solve the ‘Palestinian issue’ and thus ally with Israel against Iran, without a public uprising. Palestinian refugees are consistently denied citizenship in the Arab world as the Arab league fears their assimilation will lose Palestine forever. Now, coupled with Trump’s announcement, that fear forms a substantial part of the protestors’ rage. Four Palestinians are dead, over 200 have been wounded by IDF tear gas and violence, and the prospect of a two state solution seems further away than it ever has before, now lacking a truly impartial and universally agreeable mediator. These are the true repercussions of the statement Trump issued.

In the words of French musician Kery James, “La Palestine n’était pas une terre sans people / destinée à accueillir un peuple sans terre”; Palestine was not a land without people / destined to welcome a people without land. She may welcome all she wishes, so long as we allow her a voice. You may believe Jerusalem is the capital of Israel, or the capital of Palestine, or the capital of both, but you cannot deny that Trump, here, has done little but offend an entire people, and undermine half a century’s peace talks.

Images: Student at IFPO in Amman (all protest pictures from Friday protest in downtown amman)