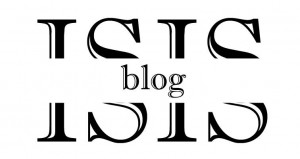 Recently, before bed, I’ve developed a new habit, one that I’m not sure I can explain. I’ll brush my teeth and get into bed with my laptop under my arm, and, once I’m nice and comfy, I’ll visit libraryofbabel.info. I’ll hover my mouse over the ‘Random’ button, watching the last letters flicker through the alphabet until the word reads something entirely different, before clicking. A new page will load, line upon line of nonsense text laid out in busy, authoritative typeface. And I will read it, the nonsense, scanning the dense wall of letters for something I can understand. On one page last night I found both the words ‘fist’ and ‘swim’ buried amongst the noise: actual, English words, and both of more than three letters. I considered this a success, closed my laptop, and tried to sleep.

The website is an attempt by programmer Jonathan Basile to replicate online the Universal Library described in ‘The Library of Babel’, a short story by Argentinian author and literary giant Jorge Luis Borges. In it an unnamed librarian tells of a library of unimaginable size, constructed from tessellating hexagonal rooms, each with two openings that lead to adjacent hexagons and four walls composed of floor-to-ceiling bookshelves. There are twenty bookshelves to a wall, thirty-two books to a shelf, four hundred and ten pages to a book, forty lines to a page and eighty letters to a line. In this fashion is laid out the entire Library—the narrator’s entire world. Contained within the Library is every possible page of text in every possible order, everything that has ever been written and everything that ever could be.

When I first read the story in a translation of The Garden of Forking Paths, in my early teens, the scale and prospect of the place set my mind on fire. The potential knowledge that could lie within any one of those volumes was a staggeringly exciting concept. The narrator, relating the all-encompassing nature of the Library, seemed to share my excitement:

‘[It contains] All – the detailed history of the future, the autobiographies of the archangels, the faithful catalogue of the Library, thousands and thousands of false catalogues, the proof of the falsity of those false catalogues, a proof of the falsity of the true catalogue, the gnostic gospel of Basilides, the commentary upon that gospel, the commentary on the commentary on that gospel, the true story of your death, the translation of every book into every language, the interpolations of every book into all books, the treatise Bede could have written (but did not) on the mythology of the Saxon people, the lost books of Tacitus.’

Rather romantically, I was certain that if I were put in the Library I would be one of the tireless pilgrims that Borges describes roaming the shelves, looking for the book containing their life story or the true and hidden name of God. In early 2015 I stumbled across libraryofbabel.info, and was actually able to measure myself up against my own convictions.

What quickly becomes apparent, both in Borges’ story and in my own explorations of the Library online, is the utterly hopeless unlikelihood of coming across anything even vaguely intelligible. I consistently underestimated just how many ways there are of arranging the letters of our alphabet that don’t form words. For a while I was surprised that none of the pages I flicked through contained anything approaching language. For a longer time after that I was frustrated, flares of unreasonable irritation springing up whenever I inevitably landed upon yet another page of jumbled babble. I could quite easily have sat reading until my eyes were screen-burnt to uselessness without ever finding anything as significant as Borges’ narrator finds, when he comes across, on the penultimate page of an otherwise labyrinthine mess of letters, the words ‘O time thy pyramids’.

Here, however, I had an advantage over the Library’s custodians. Basile has built into his Library a search function that tantalised me with its promise of an easier trawl. Weary of flicking aimlessly, I did what almost everyone does when faced with too much time and a cursor blinking in an empty search bar, and type in my name. Results are separated into three camps: pages that contain just the searched-for text surrounded on all sides by spaces, positioned differently; pages that contain the searched-for text and the usual random babble; or pages that, along with the desired result, are full of other, actual words. Delighted, I found the page with my name absolutely dead centre and bookmarked it. Just to check that the algorithm wasn’t randomly generating these pages, I went back to the navigation menu and found my name again by searching instead for hexagon, shelf, book and page number. (It worked.)

This was brilliant—I could find anything I wanted. I would not need to walk for miles or murder fellow pilgrims by throwing them off of library balconies in my search for a book with a title in English—I could just look them up. I would type and the all-encompassing Library, it seemed, would open to me. I found books with ‘The Great Gatsby’ and ‘Paradise Lost’ written on their spines, the pages inside full of gobbledegook. I found the first page of ‘The Library of Babel’ itself and the first page of the Book of Genesis. I was drunk with power. I got sillier: I found one of the many locations within the library of a poem I had written aged fourteen and hidden in the bottom of a shoebox; I found the lyrics to The Police’s ‘Roxanne’ in which every instance of the word ‘Roxanne’ was replaced with the name of my girlfriend; I found the transcript of the text conversation between me and my mum.

Then, after weeks of on-and-off search-bar abuse, I got bored. My searches grew increasingly bizarre, brief and unsatisfying. I realised that all that was happening was that my own writing was being reflected back at me. Searching the Universal Library using the tool that Basile had built into his version gave me far from the advantage I’d imagined I had over Borges’ scholars. Instead, it just bounced my own prose, my own questions, back at me, surrounded at best by a collection of meaningless words and at worse by a sea of typewriter effluvia. I was looking for something and being given exactly what I wanted. It was awful.

For about a week after I realised what was happening I avoided all search bars completely, certain that they were blinkers rather than aids. It lasted until I was talking to somebody about the Coen brothers’ film Fargo and couldn’t remember the name of Steve Buscemi’s character (Carl Showalter—there, I’ve saved you the trouble). So much for my resolve.

Within the Library of Babel, however, I continued to stay away from the search bar. I went back to clicking ‘Random’ and looking for the sparkle of a familiar word, no longer with the same unbounded joy that I had begun with but with a kind of resigned and melancholy longing. I lied earlier. I suppose I can explain why, most nights, I’ll end up flicking through random pages of typographical noise before bed. Being thrust into Borges’ story has reminded me how impossibly big and incomprehensible the universe is, and that sometimes an unnecessarily narrow mode of thought can preclude anything new from actually being learned. It reminds me, when people around me have five- and ten-year plans and clear life trajectories mapped out for themselves, that aimlessness can sometimes be brave and result in the discovery of truly astonishing things.