Not far off the Eastern coast of the New York Bronx, a small island lies in the confined waters of the Long Island Sound. It is a Potter’s Field, a term that originates in the New Testament and describes a common grave. This is Hart Island, the largest tax-funded cemetery on Earth. The acre of land which makes up the island affords the only burial ground for the unclaimed, indigent and destitute dead of New York City; those who have died without money and without family to take care of their bodies. 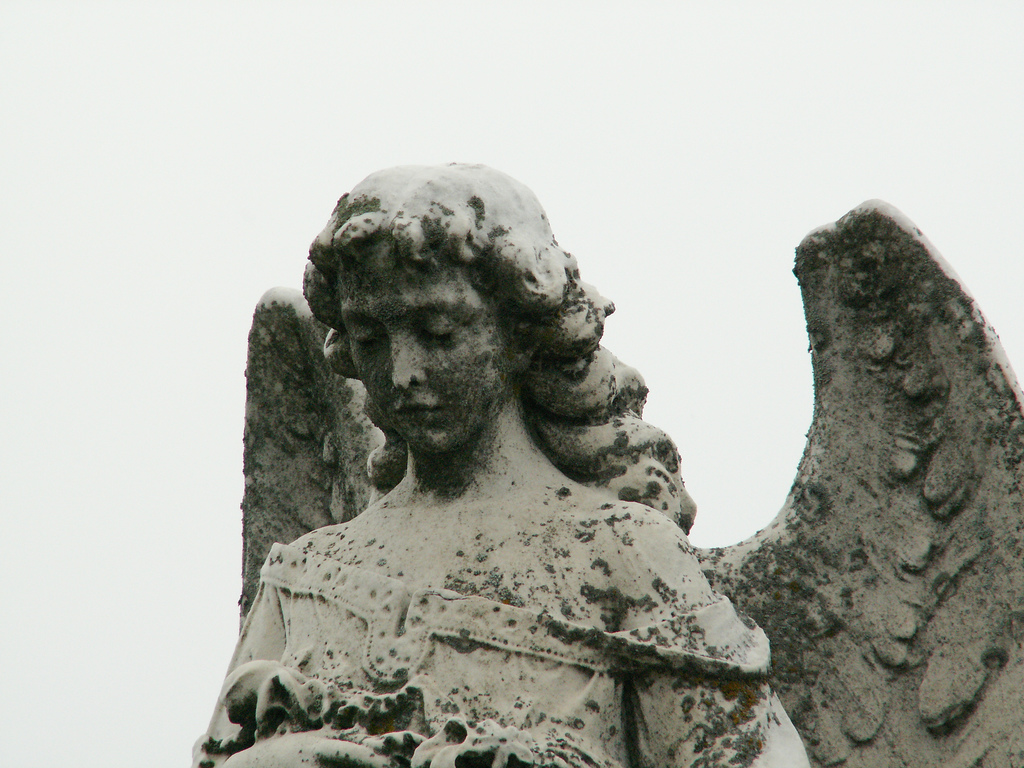 The dead are taken outside the walls of the city, to be buried in the collective graave, uncommemorated and unmourned. In death these people are administered out of the City at the hands of the City itself, without the normal ceremonies of resolution.

The Island is used as a depository by New York City Health & Hospitals Corporation, and is maintained by the labour of convicted criminals, overseen by the New York Department of Corrections (NYCD). The island is open for public visitation just once a month. Only two other people accompanied me on my visit.

Captain Ortega, Department of Corrections Public Information Officer, met us at the gates. Holding a handgun in her holster and with aviator sunglasses on her head, she unlocked the tall barbed wire gates at the end of the road to lead us up the pier to the ferry. Tim Vetter, a self-confessed New York island hopper, was visiting because he maintains “a drumbeat interest in making the island more publicly accessible”. He said that he felt like “the department of corrections are a bit at shame about how poorly managed the island has been”, citing this as a possible reason for the restrictions on visits.

The men who run the ferry all wear t-shirts with ‘Hart Island Ferry’ printed on the front. On the back of the shirts is printed: ‘when no-one else wants you, we’ll take you.’ Luciano, one of the ferry operators, told me that once in a while people come to claim their dead, exhuming the bodies from their resting place on the island to bring them back to the city for burial. One family disinterred a man who had been buried on the island for 19 years. Luciano said he still remembered how the coffin stank, and the long processes involved in finding the right body amongst the mass graves. He continued, “… after you deal with all that you gotta deal with the City. That’s the other politics.”

Upon arrival on the island, Captain Thompson of the NYCD met us. He led us through the island. “Most New Yorkers don’t even know it’s here…. I’ve been to City Island hundreds of times and never knew. When I was assigned here I thought it was somewhere down near Ellis Island or Liberty Island.” Dilapidated buildings serve as reminders of the island’s different uses since its purchase from Native Americans in 1654.  Still standing is the skeleton of what was once an administrative building,  which has since served as a lunatic asylum, tuberculosis sanatorium and boy’s reformatory.

Captain Ortega continued to talk as we walked, explaining how “[the building is] falling apart, like everything else on this island.” The island is a bird sanctuary, silent except for the cacophony of avian noises.

There are no individual tombstones here, and the NYCD does not facilitate access to the individual graves. There is instead a ‘reflection gazebo’ surrounded by a white picket fence, like a country church. Inside are three pews and a lectern, serving as a place for sermons and prayer. Next to it, surrounded by a circle of stones, is a single headstone to commemorate all who are buried on the island.

The late Gillian Rose was a writer of Philosophy and a Professor at the Universities of Sussex and Warwick consecutively.  In her posthumously published Mourning Becomes the Law (1995) she writes of Hart Island and the questions it raises in regards to the work of mourning: “New York City, 16 May 1992; the body of my love has been taken to Potter’s Field.”

Her lover and friend had been dumped into the city’s receptacle for the dead. She uses the story of Phocion’s wife, as represented in the 1648 painting by Nicholas Poussin, The Ashes of Phocion Collected by his Widow, to deal with this aberrant mourning.

Phocion was a virtuous Athenian general and statesman, who, like Socrates, was condemned to die by hemlock and denied burial inside the city walls of Athens. His widowed wife stole out of the city, accompanied by her woman servant, to gather his ashes. Once recovered, she ingested them to give her husband a resting place within herself, and thus to achieve a burial place within the city walls.

‘‘To incorporate the dead into one’s own body and soul is to refuse the work of mourning, to refuse, in melancholy, to let go.” In Poussin’s painting, the framing places Phocion’s wife, with her arms thrown in an embrace towards the ground, within the view and enclosure of the city walls behind her. The city and her soul are inseparable: her consumption of Phocion’s ashes denies her lover’s banishment. Therefore the opposition Phocion’s widow enacts in consuming the ashes is the opposition of the individual to the worldly injustice of the city.

Talitha James’ father passed away in a New York City hospital twelve years ago, when she was fourteen. Her parents separated when she was a small child and she had not seen her father in five years when her mother told her he had died. He was buried on Hart Island because he had told the hospital that he had no relatives. He left two ex-wives, a sister, and four children.

Talitha said she was “missing a connection” and had come to the island with the intent to bring about his removal from the island and reburial within the city walls. The attempt mirrors that of Phocion’s wife—to both reclaim and refuse the expulsion of family. The act itself, of going out of the city walls, attests to the symbolic power of the city. She told me “He was a veteran. He was loved. He shouldn’t be here.” When we reached the gazebo, Talitha prostrated herself in front of the single headstone and wept.

From the gazebo, we could see the Manhattan skyline. We were less than a kilometre away from the pier at City Island and the NYPD shooting range. Coming over the water was the dull patter of bullets.