“We will spread, we will cover the Earth, like air and water.” For some of its listeners, Desaparecidos’ ‘Mañana’ is a life-affirming celebration of human resilience. Those listeners clearly haven’t heard the rest of the album.

Desaparecidos are a punk band from Omaha, Nebraska, formed in 2001 by Conor Oberst. The Bright Eyes frontman coined his new band’s name from the Hispanic term for a ‘forced disappearance’, an unlawful abduction or murder by the state. The name itself is a political statement, rooting the band in dissent before we’ve even heard their music. 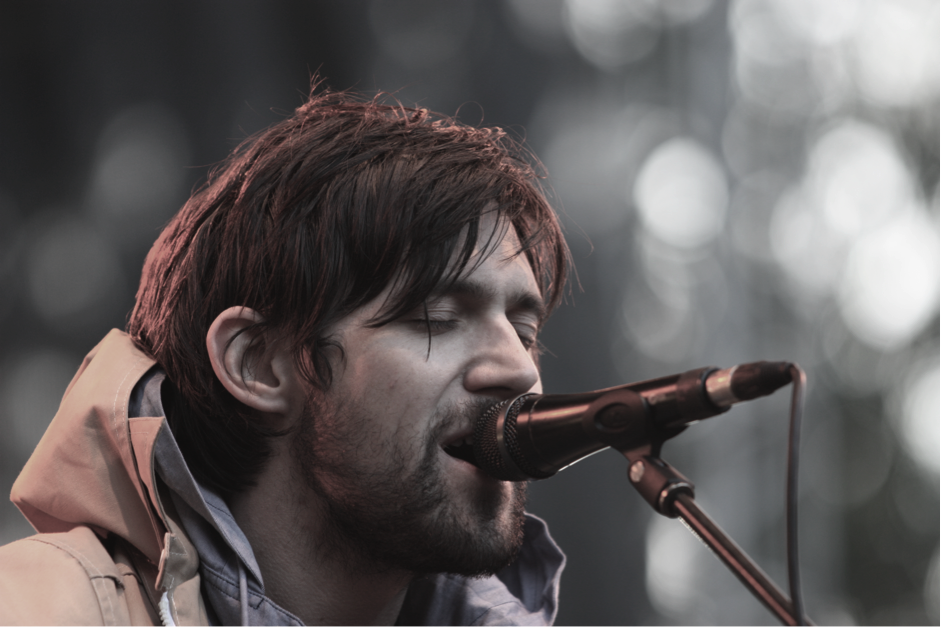 Since its emergence, punk music has been saturated with politics. Kurt Cobain once said that “punk is freedom”, and punk artists often use their music to champion breaks from musical convention. But more than that, punk combines volume with rebellious lyrics to argue political points, demanding listeners’ attention with its discord. Pussy Riot epitomise modern punk’s use of messy, DIY sounds to convey dissent. In 2012, three of the band members were sent to prison after performing their tracks in Moscow’s Cathedral of Christ the Saviour. More recently, their protests in Sochi were suppressed by Cossacks armed with whips. Pussy Riot have reminded post-punk audiences how effective (and dangerous) this genre can still be. Their music is angry, accessible and memorable, making its mark on international politics.

Desaparecidos’ first and only album, Read Music/Speak Spanish, was released in 2002. Its opener ‘Man and Wife, the Former (Financial Planning)’ shows up consumerist culture by telling the story of an aspiring young couple with dreams of “enrolling in the middle class”. ‘Mañana’, the second track, describes human colonisation of the earth, using the Spanish expression ‘I’ll do it tomorrow’ to suggest that humans will never stop colonising, yet will never fix the damage they’ve already done. ‘Greater Omaha’ continues the theme, satirising ‘progress’ as an ever-increasing number of “restaurants per capita”, clogging up the American dustbowl. In track four, we return to the couple whose story opened the album. ‘Man and Wife, the Latter (Damaged Goods)’ charts the breakdown of their marriage, caused by the very hope and greed that once spurred them on. The listener is then presented with ‘Mall of America’, which opens with Oberst venting his description of what capitalism does to music:

“They say it’s murder for your folk career to make a rock record with The Disappeared.

We’ll let the police helicopters pull stereos out of the lake.

There’s not an image that I must defend. There are no art forms now, just capitalism,

So send the National Guard to the Mall of America.”

The whole album is a vehement rejection of the way capitalism hollows out both art and audience, but it also condemns the destruction of the environment, the exploitation of workers and consumerism more broadly. Vacuous conversations about fashion and cars intersperse the tracklist, placed alongside excerpts of sound recorded at crucial moments in history, such as the first testing of an atomic bomb. This forces listeners to question the relative value and significance of personal struggles and wider events, encouraging us to reflect on our relationships with the world around us.

Though Desaparecidos split in 2002 to pursue different projects, in 2010, they reformed to play a Concert for Equality, protesting against Fremont’s anti-immigration law. A YouTube video posted on 1st August 2010 shows Oberst giving a rousing speech onstage, repeating “this law is not acceptable” to the crowd, before channelling their excitement into the next song, ‘Hole in One’, a scathing attack on consumerism (“you emptied your heart to fill your bank account”). In Desaparecidos’ eyes, anti-capitalist and anti-racist struggles are inextricably tied. Oberst’s speech shows how powerful music can be in uniting people behind causes and linking movements together. At the Concert for Equality, the combination of punk and politics constituted a powerful and moving protest.

In 2012, Desaparecidos started releasing songs again, mostly in the form of one-off singles responding to political events in the media, such as the American sheriff who called it “an honour” to be compared to the KKK, who was attacked by Desaparecidos in ‘MariKKKopa’. The new tracks are more diverse than ever, commenting on a range of recent events, from the rise of the hacktivist group ‘Anonymous’ to the Chilean student movement led by Camila Vallejo. Read Music/Speak Spanish was Desaparecidos’ manifesto, and this new material evinces their ongoing commitment to political dissent.

Some writers have suggested that songwriters today are living in a “post-ideological culture”, but Desaparecidos have proven that it is possible to make politically-charged music without sounding regressive. Bands like Desaparecidos are the life-blood of youthful politics, unifying their listeners across a spectrum of movements, and adding a new cultural dimension to political struggle. They can also create consciousness of social issues among younger audiences. Political action is often inspired by heightened awareness, and there isn’t a genre more suited to shouting your message loud and clear than punk rock.