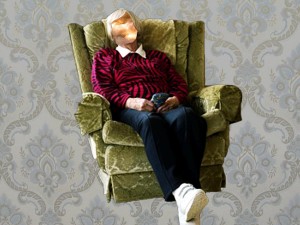 Contemplating the prospect of your own old age is no easy task. Neither is contemplating the conditions of those who could potentially be looking after you, helping you to dress, go to the toilet, wash, clean and cook or take medication. In short, to manage the most basic tasks of daily life. Home-care is an increasingly common choice of care for older or disabled people, but the field is staffed by some of the most underpaid and undervalued workers in the country.

Last year I worked as a full-time home-carer in rural Cumbria for just over 5 months. It was an eye-opening experience. By its very nature the caring profession involves coming into close contact with upsetting situations. Most home-carers will visit people with debilitating conditions such as dementia, a disease which the Alzheimer’s Society estimates currently affects around 800,000 people in the UK. Given the advanced age of the majority of those receiving care, it is likely that many will experience the death of a ‘service-user’ at some point.

In my second week of the job, a man whom another carer and I had been visiting 4-5 times a day in order to provide palliative care died whilst we were with him. Some people we visited had become completely housebound; others were perpetually confused; many were simply lonely.

Yet experiences such as these were not what upset me most about the job. Indeed, I feel incredibly grateful for the sobering glimpse it gave me into the realities of old age and infirmity, as well as for the friendships I made and the stories I was told. What really depressed and infuriated me were the working conditions of the carers.

Domiciliary care is among the lowest paid professions in Britain, usually on or just above minimum wage. However, the fact that home-carers are not paid for their driving time between visits places many on effectively less than this. Unison estimates that nearly 200,000 home carers are being illegally underpaid in this way. In rural areas the problem is particularly hard-hitting, for carers will often need to travel as much as half an hour between visits which may themselves only be 15-30 minutes long.

A study from August 2013 by Matthew Pennycook of the Resolution Foundation, entitled ‘Does it Pay to Care?’, investigates the illusive phenomenon of home-care wages. It finds that for a small but significant minority of domiciliary care workers the combination of low (and shifting) hourly rates of pay and non-payment for travel times between clients results in hourly pay rates that not only frequently fail to reflect actual time worked, but often fall below the current legal minimum of £6.19 an hour.” The exact scale of the problem is difficult to estimate, however Pennycook estimates that the main data sources “under-report the scale of low-paid work and the size of the sector in general.”

In a week’s work I would often clock up several hundred miles of driving. This was under the pressure of arriving at the next call on time in order to check in by phone, a newly-introduced system aiming to ensure carers spend the proper amount of time at a call. However, very frequently our timetables would not factor in the necessary amount of driving time, or allow for unforeseeable yet common hold-ups such as flooding on the roads, getting stuck behind slow traffic or being held-up at a previous call.

Moreover, I often found that there was not enough time allotted for the visits themselves. This is not an isolated problem. The Leonard Cheshire Disability Charity recently found that 60% of local authorities are using 15-minute care visits. This is barely enough time to get in and out of the house when dealing with a dementia sufferer (or just somebody who’s gone a bit deaf), let alone to support someone with everyday tasks such as dressing or washing.

During my time caring I performed tasks such as administering medication and using specialist lifting equipment after only 3 days of initial training, a skill-set which requires a high level of concentration and focus. However, on an average day I would make around 10-15 care visits a day, leaving for work at 6.30am and arriving back home in the evening at 9 or 10pm (justified by a long lunch-break between the afternoon and morning shifts).

These working hours disregard the legislation on the UK Government website which specifies that “workers have the right to 11 hours rest between working days”. The other carers and I were often exhausted but because time spent driving is not classed as work by care companies our working day was within the legal limit. And many carers on less than minimum wage need to work as many hours as possible, even if it costs them their quality of life.

I contacted the my ex-manager (who wished to remain anonymous) and asked her what she thought the biggest challenges were for home-care providers. ‘The government as usual seem to be doing one thing and saying another’ she told me. ‘They say they want to provide proper financial support but then cut the funds to local government. Local government’s biggest budget is Social Care so they find it impossible to avoid cuts’.

When I asked her for the company’s stance on 15-minute care visits she responded: ‘We are completely opposed to providing 15 minute calls but as we had to sign up to the Social Services tender we are obliged to agree to them, although we have dug our heels in and refused them in rural areas. We object to them on three fronts: lack of dignity; concerns about safety when we are told “it’s just an administer meds call” and cost – they are simply not viable’. I also asked her whether she thought carers should be paid for driving time between visits and she replied: ‘Yes we think carers should be paid travel time and we hope that this proviso will be in the next tender from ASC [Adult Social Care]’.

Inevitably, the poor pay and working conditions of carers have an impact on those they help to look after. With one eye always on the clock it is impossible to maintain a good standard of care. Home-carers are on the front line of social services and need to be able to keep an accurate record of peoples’ condition on a day-to-day basis, keeping an eye out for symptoms of depression and noting any deterioration in health. In an emergency they will often be the first on the scene. And these are simply the basics, for quality care requires sensitivity, patience, flexibility and responsibility. I saw my fellow carers demonstrate these qualities again and again despite stress, tiredness and low wages. Yet this wasn’t always possible, even for the best and most experienced of carers. At the busiest periods it was not uncommon to make serious mistakes, such as forgetting to give medication or giving it and forgetting to note it in the records.

Short visits, unpaid driving time and long hours are considerable problems in themselves. But they are all symptomatic of a larger inadequacy in the social care system. I worked for a small private company which had won the bid for the local council’s home-care tender at the expense of carers’ wages. The council were consistently pressing the company to reduce the number and the length of visits because they themselves had inadequate funding for social care.

None of the carers I worked with were members of a trade union; the sector is notoriously difficult to unionise, particularly as there is, unsurprisingly, such a high turnover of staff. The field is thus rife with opportunity for exploitation, stemming directly from the government policy of contracting out social care to private companies, whilst not allocating enough money to adequately fund it.

Rebecca Black, 21, a previous employee of another private home-care company in Cumbria, described her experience with the company as “scandalous” and “exploitative”. She told me how during much of her 6 months of care work she was not assigned a decent wage. My wage was £6 per hour because I was to be on a ‘trial period’ for 3 months which, if I passed would be increased to £7. But I was never assessed or observed working so I think it was a scam to save themselves a lot of money.” She also found the initial training provided by the company inadequate: “There were 3 ‘mornings’ of training which each day were less than 2 hours and it was 100% theory in a room with no equipment (hoists, medipacks, lifting practise etc.) to get to grips with.”

Social Care Network and the Department of Health recorded the attitudes of home-care providers, care workers, people who receive home-care and their friends and relatives towards the sector. Its findings suggest that Rebecca’s experience of home-care was not isolated or uncommon. Some 73% of respondents to the survey cited a lack of time as the major challenge for care workers who make home visits, whilst 67% cited pay and conditions and 56% said insufficient training.

The people who lose out under this system are those who require support in their old age or disability and the carers who provide it. These are the women and men who most deserve our respect, yet the current system dehumanises them by denying their basic human rights to decent pay and fair working conditions. Social care currently operates under the profit-based model of getting the most done in the shortest time at the least expense. What many older or disabled people desperately need is company, particularly if they are living alone and without family: how does this fit into such a model?

It seems ludicrous to allow this to happen for, despite what we might like to think, it is not a question of us and them. We are an ageing population: according to Age UK, the number of people aged 60 or over is projected to rise by more than 50% in the next 25 years. Currently, 1 in 14 people over 65 develop dementia, a figure that is also expected to rise. These facts affect everybody Perhaps one of the underlying reasons that home carers are so undervalued is that their jobs remind us of the impending reality of old age, something most of us prefer not to think about. But this is certainly not an excuse for us to turn a blind eye. If a society is to be judged by the way it treats those who are the most vulnerable, we have a lot of work ahead of us.