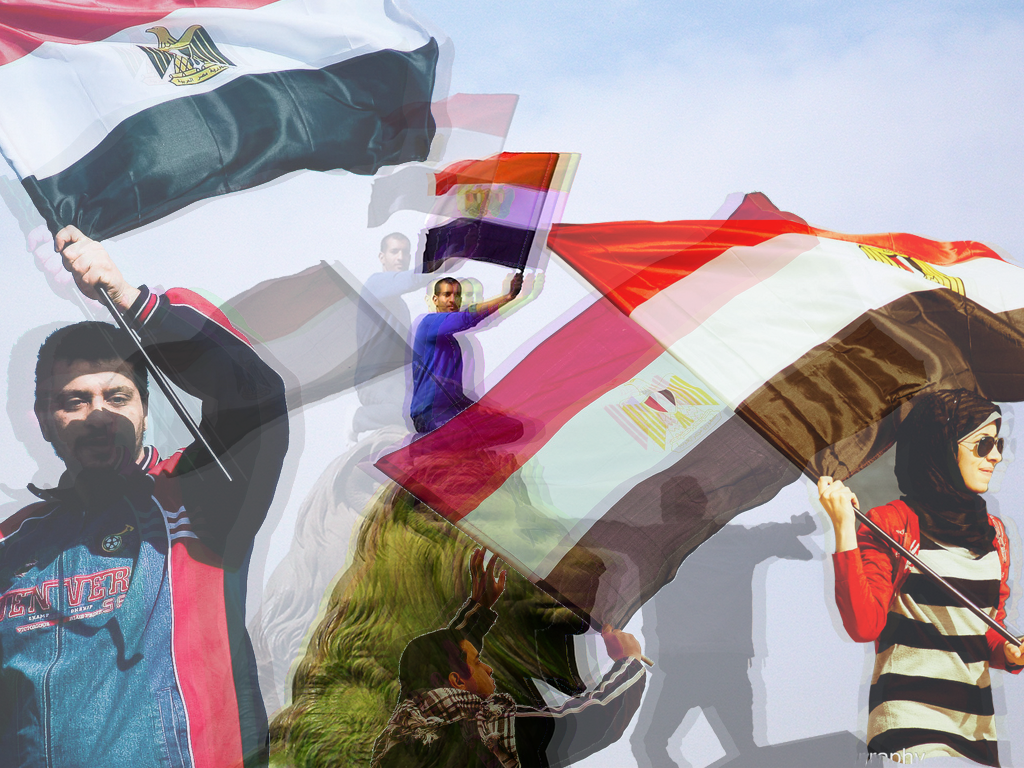 In Egypt, the circular pattern of revolt, transition, and re-formation of the state that has repeated itself again and again over the past three years has drained most of any hope for meaningful change. In the heat of the Arab Spring, politics became a sensation, all the more shocking because of the unchanging apathy with which Egyptians had approached it previously. Suddenly, everyone was demonstrating in the streets by day and expressing their impassioned activism on their new Twitter accounts by night; everyone was interested in politics and highly opinionated. We discussed it over lunch, at school, and during anxious late night phone calls.

Much has changed since then. As Western coverage of the Arab Spring becomes less prominent, those living outside this world often forget that today’s Egypt is a country deeply, and it seems irrevocably, polarised. The widespread cynicism is then hardly surprising. Nevertheless, filled with the optimism of youth I continue, like many other Egyptians, to hold on to the dream of a great future for my country, and one of the greatest encouragements, sadly so often overlooked, is the tremendous impact that the revolution has had on the arts. Although the Arab spring led to prevailing cynicism toward political change, the revolution has moved the arts from galleries, cinemas and concert halls into the most democratic of all spaces, the street.

The music scene is in many ways comparable to America in the 1960s—the strong links between contemporary indie music and current political affairs; the relevance and immediacy of the subject matter of the songs; the accessibility of the bands to their very local fan base (performing regularly in just a handful of established and intimate venues). Although some of the biggest bands were founded before the revolution, they owe much of their success to the events of the Arab Spring, when their songs of freedom, justice and solidarity found sudden and explosive success among hundreds of thousands, if not millions, of Egyptians.

This applies especially to CairoKee, whose name signifies that they are singing along to the revolution. And on many occasions they have literally done so. The video to their most popular song, Sout el Horreya or The Sound of Freedom, was filmed in Tahrir Square and has since become an iconic representation of the solidarity of the original January revolution. CairoKee have also had live concerts in the Square, and, in early July 2013, performed during mass protests outside the presidential palace in the days leading up to the ousting of Egypt’s first democratically elected president, Mohamed Morsi.

Sherif Galal, a young guitarist, composer and music producer, was able to explain the phenomenon of their success quite simply, “Amir, the CairoKee frontman, knew exactly what to write when. He sang exactly what the people were thinking and feeling. Music is not just about expressing yourself, but also expressing what’s important to your audience.”

Sherif is among the many musicians thrilled by the impact of the revolution on the local music scene. Prior to this, the indie music scene had existed only underground, limited by the oppressive censorship of the Mubarak regime, and overshadowed by the relentless output of the mind-numbing pop industry. “Before the revolution there was no exposure,” said Sherif, “Many of the bands were there but no one knew about them. There was no live music culture here in Egypt… It was during the revolution that music became public, came out into the streets, and that’s what has allowed this culture to flourish.”

And it continues to flourish, with new bands surfacing all over the place, and many choosing to abandon stable, respectable careers to instead plunge into the restless and exciting world of indie music. In a society as conservative as Egypt, this is surprising and remarkable. These musicians fuse jazz and blues with authentic local sounds—making use of the tablah, or Egyptian drum, the harmonica and the accordion—in order to create something entirely fresh. What was once an underground scene is now a very public affair. That’s why Sherif prefers to call it ‘independent music’. At the same time, however, it remains exclusive because it is such a young scene. “It’s very small”, Sherif told me. “Small and cosy. We all know each other. But it’s growing.”

Sherif was also behind the organisation of a festival called Street Music Revolution, which took place in the streets of Cairo, featuring the most popular local bands. “Our aim as performers and organisers was to make people understand this culture of live band performance by experiencing it first hand. But the government put a stop to it at the end of 2011. The army was in charge at the time. Maybe they did it because it was all in the streets and completely for free, or maybe because of the content of some of the songs. It wasn’t clear.”

But newfound popularity can pose questions for a band. Judging by the hoards of screaming young girls hogging the front row at every CairoKee concert, they’ve secured their place as teenage heartthrobs – potentially undermining their original image of a serious ‘underground’ political band. Nonetheless, Sherif argues the content has retained its edge. “Look at Massar Egbari. They’re at their peak now, but it’s the character of the songs that matters at the end of the day, and that really hasn’t changed. They’ve been around since 2005, and they’re still poking fun at the conformist nature of society around us. It’s all in the sarcasm of their name, which translates as “Compulsory Detour”. They feel there is no longer any room for people to think and feel freely, it’s conditioned from birth. As for CairoKee, who are often accused of having become mainstream, they did change their sound slightly, but that’s because of the production—in terms of the actual content it’s still very much them.”

And it is of course this content that has become so appealing to their fans. It was almost as though the discovery of a political voice had unveiled a deep and hungry desire for self-expression in the people of Egypt—a hunger which has only grown since. To celebrate the successes of the revolution, and rage at the consistent oppression of the state, people have not only taken to the streets, but also expressed themselves on paper, on the stage, or on screen.

Several documentary films have been made in recent years depicting the events and repercussions of the January uprising, among them Jehane Noujaim’s The Square. Critical of the brutality and hypocrisy of authority, The Square has been successful internationally and is Oscar nominated. Here in Egypt, however, issues with the release demonstrated that censorship remains very much intact. Such activity further validates the urgency of these films.

More specifically concerned with the arts scene is Noise of Cairo. Although it is produced and directed by non-Egyptians, the film follows the lives of twelve key figures in Cairo’s thriving post-revolutionary cultural scene. One of these is a young man known as Keiser, an anonymous street artist who spray-paints the walls of the city with his colourful and provocative art. Comparable to Western street artists such as Banksy, Keiser’s graffiti expresses a clear disdain for authority and capitalism, and seeks to stimulate thought in the millions of citizens who encounter his art each and every day.

The street, then, seems to have become an artistic space of its own—just as it once became a space for the expression of the people’s dissatisfaction with the state. Many already established artists continue to take to the streets, not in protest, but in an effort to make the arts accessible to the underprivileged communities of the city. In a country where approximately 26 percent of the population lives below the poverty line, these efforts ensure that the arts scene doesn’t remain exclusive to the privileged and educated minority.

One such project is the Al Darb Al Ahmar Arts School which trains children of the impoverished local neighbourhood in the circus arts, giving them the opportunity to later pursue a career in the performing arts—an opportunity they would otherwise have absolutely no access to. Ahmed Ashrafi, a young stage performer and film actor, participated in a parallel workshop at the school, throughout which he was able to observe some of the lessons and speak with the teachers and children about what they were doing. “The children were incredible. Even in their free time they would be jumping around, leaping on each other’s shoulders, doing flips. And what is shocking is that these are the same kids who you see begging or selling tissues in the streets.”

Street-children performing circus arts seem a long way away from CairoKee, but perhaps they aren’t really. Perhaps everything comes together in the streets of the city, now that they’ve been established as a space for political dissent, artistic collaboration and self-expression. No doubt, then, the streets, and art, have become an essential dimension of the Egyptian revolution.