In the early morning of March 15 2011, only a few hours before Hamas unleashed its plainclothes thugs into the streets of Gaza City, hundreds of young Palestinians lay sleeping in the city square. For weeks these Gazans and their West Bank counterparts had been quietly coordinating a movement to end the seven-year feud between the two blocs of Palestinian leadership, Hamas and Fatah. When they awoke on that March day, the youth of Palestine would make their stand, end the divide and call for national unity.

By sunset the powers that be had silenced that call. In Gaza City, despite a turnout in the thousands, Hamas security forces stormed the rally. They set the demonstration tents aflame and chased the protesters through the streets, flogging them with metal rods and batons. In the West Bank the ruling party of the Palestinian Authority (PA), Fatah, responded to protests in Ramallah, Hebron and Bethlehem with similar, if less dramatic, suppression.

But the management had received the memo. Two days later, Hamas Prime Minister Ismail Haniyeh invited PA President Mahmoud Abbas to Gaza City to talk about reconciliation. By May, a unity deal was signed in Cairo.

I arrived in the West Bank just as the protests broke out. Both locals and internationals were already speaking of the unity movement as the Palestinian face of the “Arab Spring”—the wave of popular revolts sweeping the Middle East and North Africa. Throughout the territories a revolutionary zeal became impossible to ignore, especially when ‘unity tents’ began to crop up in every city. 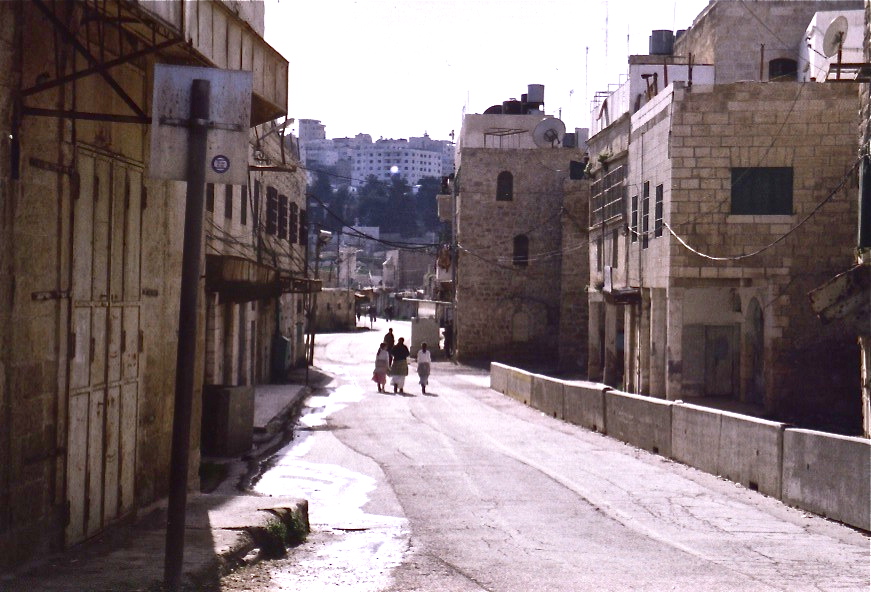 Still, hidden behind this exhilaration were traces of serious desperation and anxiety. Few Palestinians I spoke to seemed confident that the two parties could be reconciled. For almost a decade there has been no love lost between Fatah, a secular party supported by the international community, and Hamas, a volatile yet sophisticated Islamist organisation clinging onto mortars and missiles.

Yet the younger generation knows that without a unified leadership, a Palestinian state is a hopeless dream. Unlike the protesters in Egypt and Tunisia, the March 15 movement was aiming for reconciliation rather than regicide, a much more complex objective. “We do not have a Mubarak to overthrow,” says one protester. “We must overthrow history – our own history of division.”

Within weeks of the coup’s conception Palestine’s civil war was in full swing, as gang fighting and guerilla combat intensified daily across Gaza and the West Bank. In June 2007, after a grisly 18 months, Hamas thrust Fatah out of the Gaza Strip and took full control, thus earning the territory an Israeli blockade. A split Palestinian territory has been the status quo ever since: Fatah controls the West Bank PA whilst Hamas, with the help of Iran and Syria, controls Gaza. “Since the Gaza coup, the fight goes on behind closed doors,” says Munir, a shopkeeper in Hebron in the West Bank. “It is not fought much with guns now, but with politics.”

The “Palestine Papers”, published by Al-Jazeera earlier this year, revealed that from 2007 onward dismantling ‘Hamasistan’ was Fatah’s chief priority. They sabotaged a prisoner swap between Hamas and Israel which would have released thousands of Palestinian detainees for one Israeli prisoner of war and cracked down on everything Hamas-affiliated, from militant cells to social welfare programmes.

The young generation wants the dignity, the responsbility and the liberty that previous generations never knew.

Meanwhile Hamas, unwilling to integrate its security apparatus with the PA, torpedoed a unity deal brokered by Egypt in 2009. As this cold war dragged on, punctuated by militant clashes, Benjamin Netanyahu’s government in Tel Aviv continued its illegal settlement building in the West Bank, as well as its devastating blockade of Gaza. Far from viewing the divided territories as a threat, the Israeli government has taken advantage of the split to intensify its occupation and further discredit the idea of a Palestinian nation.

The achievements of the unity movement might have finally salvaged the foundering chances of statehood. The protesters’ effort to keep their message non-partisan was essential and largely successful. Reactions to the protests, however, were immersed in political posturing. For his part, President Abbas of Fatah set the diplomatic gears in motion by sending officials to Egypt in the hopes of sponsoring a fresh unity deal. Whether his eagerness was cynical or genuine Fatah effectively coopted the message of the people.

Hamas, on the other hand, was visibly fearful of the grassroots movement. A few days after crushing the March 15 demonstrators they tried to destroy the evidence of their offences by ransacking international news bureaus based in Gaza, nearly hurling a Reuters reporter out of a window in the process.

Addressing the youth protesters, one Hamas spokesman appeared to sympathise with their discontent before issuing a warning: “The way to end the situation is not by demonstrating. If they want to have the same thing that happened in Cairo, we cannot allow it.” Yet within a few weeks, on May 4, delegates from both parties found themselves in Cairo and signed on the dotted line. 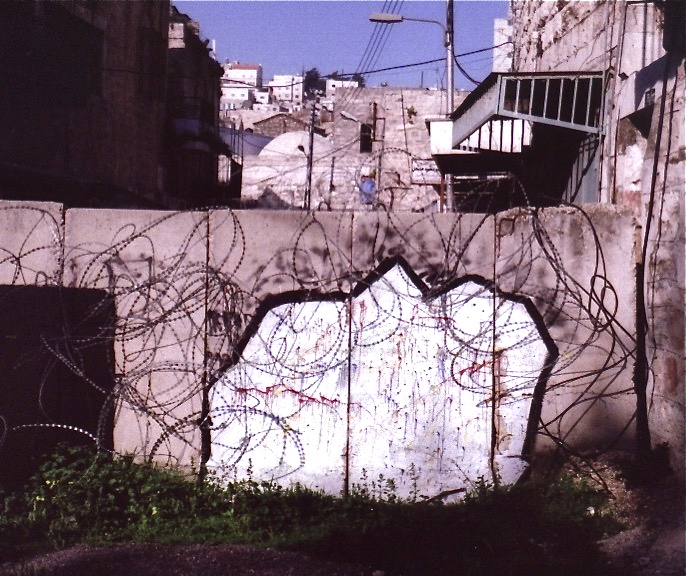 Within hours of the deal’s announcement one could see the Palestinian colours fluttering in every major city in the West Bank and Gaza. For the first time in years journalists were able to conduct interviews in the streets of Gaza City, where officials from both parties appeared in joint broadcasts. The people were celebrating not only the first crucial step toward a viable nation but also the oncoming elections in September.

In the shade of a unity tent in Ramallah’s central square, a protester named Raed discussed the promise of the ballot box. “The civil war, and the crackdowns after, this was not the way to deal with Hamas.” In between sentences he turned away to join others in hollering the lines of national poet Mahmoud Darwish. Before running off, he looked me in the eye and insisted, “Someone like me, with my political orientation, obviously I don’t want Hamas in power. But I want to defeat them politically, publicly, in elections.”

Even the Hamas supporters I met were disheartened by the party’s time in power, its suppression of the unity rallies and its stubborn rejection of a united state. People here have been waiting for a breakthrough in negotiations, security, press freedom – anything. “That is why we elected them in the first place,” says Sami, in a damp restaurant outside the Church of the Nativity. “We said, put down the guns, put down the rockets and deal with this.” But Hamas never delivered. Now they have no choice. The unity deal, though portrayed in the West as an advantage to the Islamists, prevents Hamas from indefinitely postponing elections: they must shape up or ship out.

During his address to the Arab world this May, President Obama presented the Arab Spring and Palestinian liberation as two separate narratives. He wishes things could be that simple. There would never have been a new unity deal if Mubarak were still hunched over his throne in Cairo: now, without him, the Egyptian army has relaxed its blockade of Gaza. Syria’s regime, a major sponsor of Hamas, is rapidly withering. Most significantly, the motivations of the March 15 protesters were exactly the same as those of their counterparts throughout the Arab world: the young generation wants the dignity, the responsibility and the liberty that previous generations never knew. 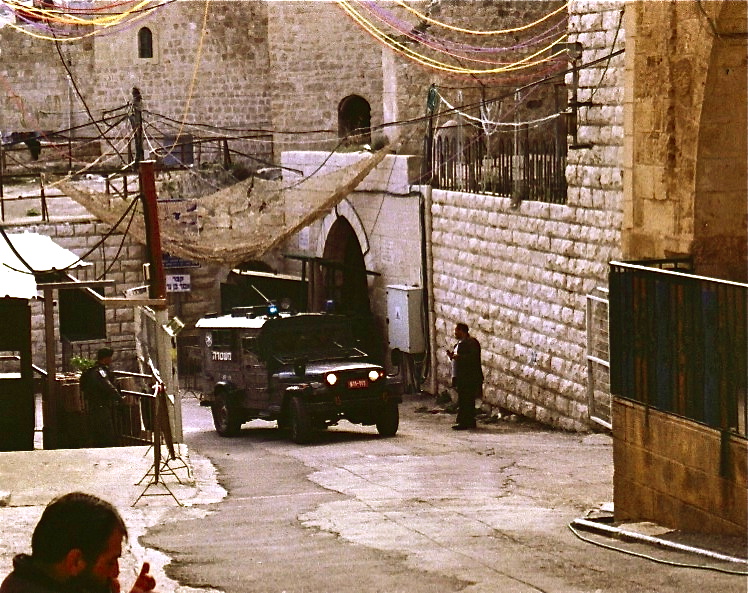 Within the past few weeks the protesters have begun to exercise some of that responsibility. They’ve formed the Coalition for the Protection of the Reconciliation in order to monitor any violations of the agreement’s terms. ‘Cautious optimism’ is their line, and given the collapsing scenery of the Middle East, one can hardly blame them.

During my last few days in Palestine, as I waited for a friend to emerge from Arafat’s postmodern tomb, I saw a faded portrait of President Abbas eyeing me from behind the entrance gate of the PA headquarters. Meeting its washed-out gaze I realised how lifeless the place felt compared to Ramallah’s central square a few miles away. In a crucial moment for Palestine’s future, this compound full of statesmen dead and alive was simply the wrong place to be. As in Tunis, Cairo, Benghazi and Daraa, history was being made in the square.