Our knowledge of mental illness has come a long way since it was associated in popular mythology with witchcraft or demonic possession and a typical cure was to immerse the strait-jacketed patient in a vat of boiling water. Yet even a cursory glance at the state of contemporary psychiatry reveals an extraordinary lack of academic consensus about the most basic questions (does mental illness really exist? If so are its causes neuro-physiological, psychological or environmental?) And this uncertainty in a supposedly ‘scientific’ discipline does little to alter the current popular fear that mental illness is directly related to violence, that it is incurable and that in its milder forms it is simply weakness.

Yet as many as one in six women and one in eight men can expect to be admitted to a mental institution at least once in their life. It is a major social problem with now causes more lost working days than strikes.

Yet it is surrounded with fear and misunderstanding. As there is no clear cut clinical understanding of the concept of mental illness, sometimes perfectly sane people can be compulsorily retained in mental hospitals. In 1972 D.L. Rosenham, a Professor of Psychology at Stanford University undertook a study in which he and seven colleagues managed to pass themselves off as ‘schizophrenics’ whose symptoms had temporarily lapsed. Rosenhan concluded apocalyptically: ‘we cannot distinguish the sane from the insane in psychiatric hospitals’ Rosenhan’s experiences have been used by critics to show that psychiatry is a trick, a means of political control over those society labels ‘deviant’ or ‘potentially subversive’. 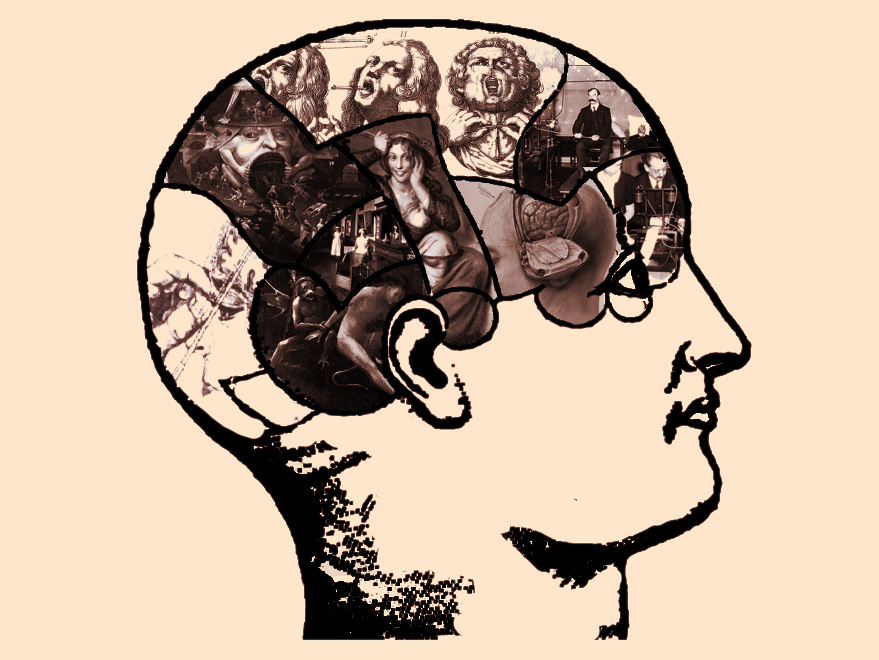 Dr Anthony Clare of the London Institute of Psychiatry disagrees. ‘Although the main problem in defining and diagnosing mental illness is that the only criteria we have are subjective ones, at the severe end of the scale there is no argument.’

However Dr Clare accepts that of the 11,000 people in British psychiatric institutions suffering from mental illness the number who are in there for dubious reasons may be in ‘the three of four figures bracket’. Although most of these long stay patients were admitted before the Second World War there are occasion of people hauled into hospital on a flimsy psychiatric assessment by a G.P. or social worker acting in a haphazard manner. ‘In so far as it does happen its either due to sheer individual unethical behaviour or just sheer incompetence and the second is much more common that the first.’

If there is much controversy over diagnosis there is as much argument over treatment. Psychotropic (mood changing) drugs can be extremely useful in stabilising a patient and are a very common form of treatment, although the handing out of tranquillisers liberally is deplored by many – ‘Handing out happiness pills’ as one doctor phrased it. Electro-Convulsive therapy by which a current is passed through the brain can also be effective, but is more controversial as long-term effects are unknown. Another treatment is therapy sessions in which the patient just talks with the psychiatrist or group about his problems.

One man who has experienced all forms of treatment is Richard Jameson, who was first struck by schizophrenia while a student at Magdalen. He felt the first symptoms of the illness while working as President of the Experimental Theatre Club. ‘I imagined that all that I was thinking could be heard. It was like being in goldfish bowl.’

His condition deteriorated while he was acting a mad tramp at the Edinburgh Festival. He immersed himself so well in his part that he was genuinely mad before the first performance. ‘I felt like agony. I remember wandering through fields at night without remembering where I was going. It was just like being on another planet. I wrote at great length, pages and pages of mad philosophy and nonsense. I was tensed up, unable to sort myself out.’

He was admitted and discharged from hospital nine times. His delusions included imagining torturings going on next-door and that his mother and the Queen were in league. At once time he even had hypomania – being on a continual high.

For the most part he was well treated. The hospitals were comfortable, the nurses caring. However he does recall one glaring incident at Horton hospital: ‘Two nurses held me down and held their hands over my mouth so I could not breathe. When I recovered, all the things from my pockets were gone.’

He is also bitter that he was not told that he had schizophrenia for a long time – part of the hush-hush attitude which surrounds the disease, and he feels there were times when he was perfectly well but kept confined. Still despite the drugs, which control his illness and give him a ‘Rolls Royce feeling’, he is not sure he will ever be completely free. ‘I think I will be a schizophrenic to my dying day. I just have to keep a weather eye open for it coming.’

Unlike Richard most patients are discharged within two weeks but there are many long stay patients of which the majority are senile. As the numbers of elderly increase this is becoming the greatest mental health problem, a problem for which there is no medical cure and the most that can be done is to provide care and attention. As Dr. G. W. Hughes of Cefn Coed mental unit explained pointing to his geriatric ward where patients say in comfortable but unhomely surroundings. ‘These units are preoccupied with care and the NHS is preoccupied with technology.’

This imbalance is reflected in the thirteen percent of NHS resources allocated to mental health. As a result, few of the Victorian buildings often used as mental hospitals have been able to remove the feel of the workhouse. 65 percent of the mental hospitals were built before 1891. Although patients at Cefn Coed were well cared for, nurses told of the inconveniences caused by short staffing and poor facilities. This pattern is repeated throughout Britain. Nicholas Edwards recently reported on St Davids Hospital in Carmarthan where two nurses were looking after a ward of almost fifty patients. It is this sort of intolerable pressure which leads to abuses and staff on the point of breakdown themselves.

Chris Heginbotham, national director of MIND (the National Association for Mental Health) and the largest mental health charity is also not satisfied with the record of government. ‘It is not acceptable for government of whatever colour to bring about cuts in the basic services of the NHS and expect the voluntary sector to pick up the tab’ – something which MIND is rapidly becoming used to.

Formed in 1946, the MIND provides services including one hundred and sixty local associations, day centre, counselling services and a school for the disturbed at Faversham.

One of its most important commitments is housing ex-psychiatric patients within the community. The 1959 Mental Health Act encouraged this, but as Bob Drake, a MIND development officer explained: ‘housing departments haven’t really got to grips with the problem’. MIND, however, has accommodated about 1,600 ex-psychiatric patients in individual flats who might otherwise be in hospital because they had no-where else to go.

MIND also represents patients seeking discharge through Mental Health tribunals. In the main, doctors let patients discharge themselves. But they can be held compulsorily if a ‘danger to themselves and others’. This clause sometimes causes disagreement. In the Wrexham Park case, the psychiatrist and staff disagreed over the drugging of a patient. This led to dismissals and eventually a Tribunal which freed the patient.

The most difficult task is to dispel public fear of mental illness. ‘There are five standard excuses whenever MIND wants to do anything anywhere,’ Drake says. ‘There is a busy road nearby, there is a much better site down the road, they will rape the daughters and be a bad influence on children. We tried it before and it failed’.

Nevertheless Drake feels that the public is becoming more caring and tolerant. This attitude is reflected in the recently passed Mental Health Amendment Act which gives psychiatric patients the right to vote, thus making them part of the community and a group politicians can no longer ignore.
However as MIND makes progress, its wings are being clipped by the recession and government cuts. Last year they had a deficit of over one million pounds. ‘We are having to cut back on essentials’ say Drake. ‘Last year the combined mental health charities received two million pounds, the RSPCA had seven million. That means we look after our animals three and half times better than our people; mental illness is too close to home to see’.

It is sadly ironic that the frequency of mental illness makes us wish to ignore it – and the ‘it can’t-happen-to-me-attitude’ is a sign of the superstitions surrounding mental illness in the seemingly advanced eighties.’