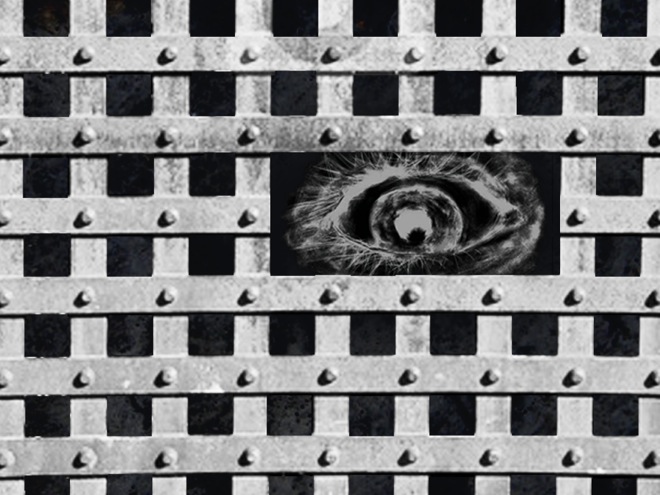 Imprisoned for a crime he did not commit, Robert Hillary King bears surprisingly few grudges. Nonetheless, he’s determined to use his twilight years of newly gained liberty for the benefit of his fellow prisoners and Black Panthers.

For nearly three decades Robert Hillary King lived alone in a six-by-nine foot room. With a bed in one corner and a toilet in the other, the man who now sits before me spent 29 years in ‘closed cell restriction’, more commonly known as solitary confinement.

The story of his lengthy internment begins in the Louisiana State Penitentiary, also known as Angola, the largest maximum security prison in the United States. On 17 April 1972, a young, recently married prison guard named Brent Miller was held down by prisoners and stabbed 32 times. Following his death, inmates Albert Woodfox, Herman Wallace and Robert Hillary King were interned in solitary confinement. Woodfox and Wallace are still in prison, but King has been released for just over ten years and of the three convicted, King’s links to the crime are the most tenuous. He explains it simply, “I never met the man, never saw him in my life before.” As alibis go King’s is fairly well supported. Maximum security prisons like Angola keep close records of their prisoners’ whereabouts, and of the thousands of men that could have attacked Brent Miller, King was not one of them. It is a matter of fact that on 17 April 1972 Robert Hillary King was not in Angola Penitentiary.

The laidback rhythm of his voice betrays a childhood spent in post-segregation New Orleans. But when I use the term ‘post-segregation’, King is quick to clarify: “I went to a segregated school, I lived in a segregated community, I lived in a segregated society.” As a young man he was arrested for armed robbery, another crime he maintains that he did not commit. “It was a crime that two people had committed, but they forced four people to plead guilty. That was normal, I ended up getting ten years in prison.” King tells his stories quite calmly, smiling at the absurdities and injustice. After all, these things are quite ‘normal’. Even after his initial experiences of the justice system, it wasn’t until later in life that King’s attitude began to change: “Early on I did everything that I needed to in order to conform to the system, but…my conformity wasn’t enough.” Just as King’s perception of his surroundings and opportunities began to mature, so too did his interest in the Black Panther Party. In 1972 he co-founded the Angola chapter with Woodfox and Wallace; the trio that would soon earn the tile ‘The Angola 3’.

Though today he wears the back beret of affiliation, the Panthers’ militancy and provocative rhetoric were never the main attractions for King. Addressing the public perception of the group as fanatical, he calls attempts to equate with the Ku Klux Klan “crazy and ridiculous”. According to King, their aims have always been simple and humane. He quotes the party’s ten-point programme: “We’d say we want ‘land, bread, housing, education, justice and peace’. We want an immediate end to police brutality in the black community. These are things that the US constitution teaches that we should have.”

Not everyone in America has shared King’s impression of the group. In 1968, J. Edgar Hoover called the Panthers “the greatest threat to the internal security of the century,” and the party was one of the chief targets of the FBI’s anti-subversive COINTELPRO initiative. It was in this environment that the Angola 3 inhabited the Louisiana prison system in the 1970s. The murder case against the three Panthers is steeped in controversy and King sees their imprisonment as inextricably linked to their activist roots: “The state wanted to ‘solve’ the crime. They wanted to charge people who were ‘militants’.” King goes on to explain that the only piece of forensic evidence in the case was a bloody handprint at the scene of the crime, a print that did not match any of those charged with the murder. There were thousands of potential suspects confined within the grounds of Angola at the time, all available for forensic testing, yet the state decided against further investigation. Despite his sound alibi King was moved to Angola and placed in closed cell restriction (CCR) ‘under investigation’. It took almost three decades before he saw release.

What does CCR actually mean? “They place you in a cell and isolate you from the rest of the prisoners physically and psychologically. You’re in a six-by-nine box. You’re kept there for 23, sometimes 24 hours a day. Everywhere you go you have to be handcuffed and shackled. Even though they say you can communicate with someone next to you, you can get written up for disruption.” Considering the status of prisoners, what privileges does one have? “You don’t have privileges. If you want to go to church, you can’t go to church. You’ve got one hour in the yard for any kind of recreation. There was a lot stuff they did to use or wanted to do to us that they did not do to other prisoners – we had to fight against this.”

King would have spent the rest of his life in jail if not for the intervention of the courts. After 29 years of solitary confinement, his release was a complicated process. He tells me about Geronimo ji-Jaga, another Black Panther who was paid compensation for false imprisonment. “But there’s no compensation when they take your life away from you.” This is another one of King’s calm asides. It is not a loaded sentence, nor is it said with anger, it is just a statement of the situation.

To King, ji-Jaga’s story provides important context for the circumstances of his own release. “They didn’t want to replicate his compensation. Since they had reversed the sentence, they needed conviction.” King was asked to agree to a plea bargain, his release in return for an admission of guilt. Initially he was asked to plead guilty to accessory-after-the-fact, but this offer was withdrawn and changed to the much greater charge of manslaughter. King said no. He wanted to “get out and work on Herman and Albert’s behalf.”

For the past ten years, King has done just that. Since his release he has travelled across the world to speak about the Angola 3, Woodfox and Wallaxe have now been in prison for 39 years each, mostly spent in CCR or similar conditions. How does King measure his acceptance of the plea bargain against his ability to further their cause? “I haven’t achieved what I would really want to achieve and I feel that until that happens, I won’t feel that I made the right and proper decision.” It is when he speaks about his two “friends and comrades” that the full force of King’s resolve becomes apparent. For all of the issues linked to the case of the Angola 3 – the lack of forensic evidence; what Amnesty International calls “the cruel and inhuman conditions” of their imprisonment; the flaws of the trials – King’s primary concern is clear. “Our objective is to show that there was a miscarriage of justice. There are innocent people who have been convicted for a crime that the state has known they did not commit and for this reason we want them released.”

Looking forward, King’s aims reach beyond that of the release of the Angola 3. He still sees the need to continue the struggles of the Black Panther Party, “because better housing, better education and the uplifting of dispossessed people are all still absent in areas of America. He recognises problems with the American judicial system at large, which he says “has taken the place of chattel slavery.” He seeks to focus unerringly on the injustices this system can inflict, calling it his self-appointed volition.

I finally ask King a question that he, more than most, is well-positioned to answer: how did it feel to be set free? “It was unrealistic, it was surrealistic…people feel that I somehow became maladjusted.” He smiles. “On the contrary, I wasn’t ever maladjusted; I think the system was maladjusted in sending me to prison.” Now, at sixty-nine years of age, King shows no sign of relenting: “The fact I got out of Angola doesn’t mean a thing; the fact that I reached light at the end of that particular tunnel doesn’t mean a thing. I see the struggle as unending.”