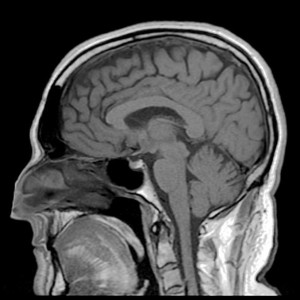 It is a widely distributed untruth that a goldfish’s memory only lasts for three seconds. In actual fact, goldfish have been shown to retain information for about 24 hours, but for someone living with severe amnesia, the life of the fictional goldfish, thinking that on every lap of its tank it sees a plastic scuba diver for the first time, is a bizarre reality.

Clive Wearing, a successful British composer and musicologist, lost his ability to form new memories when part of his brain was destroyed by a virus which usually would have given him cold sores. On very rare occasions, it attacks the nervous system. In technical terms, Clive has anterograde and retrograde amnesia. Anterograde is concerned with long term memories and means he is unable to store new memories, and retrograde describes the inability to recall past memories. According to his wife Deborah, the span of Clive’s memory is thirty seconds at most, often much less, and he will frequently have forgotten the beginning of a sentence by the time he completes it. Most of his former life is also lost to him, including how many children he has from a previous marriage, their names, ages and what they do.  The only person Clive recognises is his wife – he greets her with exuberant delight every time she enters the room as though he has not seen her in years, no matter how brief her absence has been.

“According to his wife Deborah, the span of Clive’s memory is thirty seconds at most, often much less, and he will frequently have forgotten the beginning of a sentence by the time he completes it.”

With no ability to remember what has happened only seconds in the past, Clive is continually suspended in an alien present. His life is lived in a snapshot of time between a blank expanse of past before him and the future in front. He experiences this as a continuous succession of ‘awakenings’, although the only one he knows of is the one he is currently encountering. When he greets Deborah, he tells her he can see her and hear her for the first time. This is strikingly illustrated in his own hand by the entries in the diary he was given by his carers. The time is recorded, followed by a statement of ‘I am truly awake for the FIRST TIME!’ Minutes later, the previous entry is scrawled out and a new exclamation is written out, and underlined. There are minutes between the entries, but the span of consciousness is even shorter, the intervals increased by his reading back, realising, taking out his pen. Over the years, the handwriting has become more haphazard, urgent. He recognises it as his own. When questioned about the previous entries, Clive is adamant that he was unconscious when he wrote them. His brain was “totally inactive”, “like death”, “no dreams at all… day and night the same.”

“His life is lived in a snapshot of time…He experiences this as a continuous succession of ‘awakenings’, although the only one he knows of is the one he is currently encountering.”

In front of a piano, or a sheet of music, there is a temporary release. Despite not remembering his musical past and training, he is still able to read music and play beautifully, the skill apparently hardwired into a part of his brain which wasn’t damaged by the virus.

Brain damage is fascinating for what it seems to reveal about the relationship between sections of grey mass and those elusive, non-physical aspects of behaviour and personality which are so difficult to dissect. Clive’s wife insists that although he can only remember some limited details of his pre-amnesic life, her husband remains very much himself in other respects – his intelligence and enthusiasm are otherwise intact. We might ask how much of personality is given to us by experience when it apparently remains in someone whose experiences are all lost to them – except the ones within seconds of their reach. However debilitating is it to live without memory, as Clive Wearing does almost completely, his mind continues to function in all other respects. It is this that leaves him in such a peculiar and tragic condition – a condition which will forever elude him.