Childhood is sort of like living in a world you’ve invented yourself. Everything around you is viewed with the sheen of a custard-minded imagination, everything given meaning by your own clumsy interpretation of it. TV writers and producers, it seems, are cannily aware of this, as a brief glance into the realm of 90s cartoons reveals: take, for example Animaniacs, the Steven Spielberg-produced cartoon aimed at the age 2 – 11 demographic.

Picture the scene. “Sister – dust for prints!” orders Yakko, the leader of the pack, in detective guise. His sister Dot complies, and reappears moments later with Prince, of the Purple Rain variety, in her arms, complete with chest hair and fuchsia platforms. “No,” Yakko despairs, “fingerprints!” Dot screws up her nose in disgust. “I don’t think so!” she retorts. The joke is perfect. It’s instantly hilarious – it requires no explanation, as no good joke should. Except, perhaps, for its target audience.

Hey Arnold! also seemed to be just an innocent cartoon about a kilt-clad boy and the mono-browed girl who fancied him. Re-watching those moments in Helga’s household, though, you cannot help but notice the slur in her mother Miriam’s voice, the way she clings to her ice-clinking glass, the despair in her voice as she groans “I need a smoothie”. 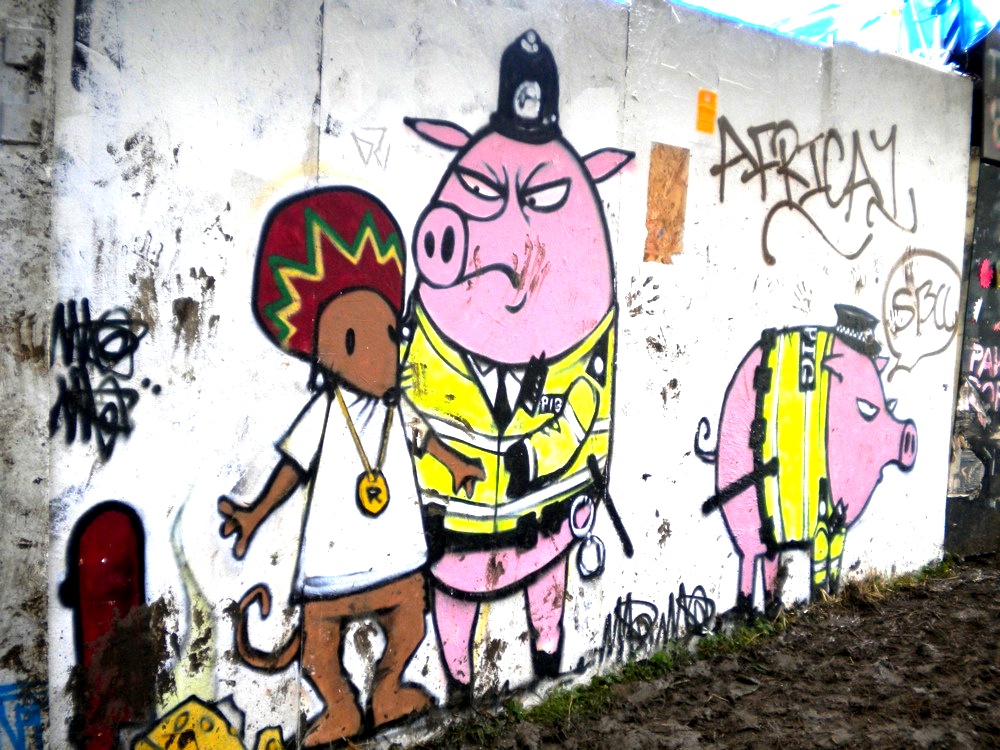 Substance dependency seems a popular theme with children’s TV writers; new smash hit Rastamouse has been brazen in its drug references from the very first episode, with the characters bemoaning the fact that they can’t have a good “jam” without some of that “cheese” they like. Cue blindingly obvious hand gesture that seems to mime taking a toke. There’s only one place they can get that good cheese, apparently; their dealer is the local shopkeeper, and everybody is hooked.

“There was no intention of including any language that might go over a child’s head,” Genevieve Webster, co-creator of Rastamouse, told the Independent in February. Surely that was exactly what it was, though – the very fact the joke is allowed to slide is because its audience don’t understand it. The sherberty sheen of the vision of a little nipper ultimately washes away any adult references, leaving only a friendly looking mouse with a friendly looking addiction. Fun for all the family.

The urge to inject an adult undercurrent into the genre of children’s entertainment seems irresistible to its makers, who seem to model themselves on “Fight Club”‘ bad boy Tyler Durden, slipping rude slides into film reels and sniggering in the back of the cinema. A stupid seven year old dancing around to Mousse T is the result of exposure to material made for adults, but a child watching their favourite cartoon character search desperately for a fix, or revel in innuendo, is the result of the production team having a joke. Perhaps it is the responsibility of those in the business to ensure that they get this stuff out of their system before they allow it to make the final cut, and into the minds of brats (a la the infamous Rainbow cast, who made their own personal “adult” version of the show). And perhaps if Rastamouse wasn’t high all the time, Mouseland’s mysteries would be solved a hell of a lot faster.