I’d never given much thought to tradition before. When I had, I saw it as somewhat redundant – rubbing shoulders with inflexibility, with conservatism – and I assumed that the people around me shared similar views. Tradition didn’t seem like something of particular importance to our modern-day lives. Yet when I sat down with my friends, when I asked them what traditions of old they engaged with, what they thought tradition meant, what their opinions were on tradition at Oxford, I emerged with answers more interesting and personal than those my JSTOR and OED searches had ceded; I gained a new perspective on a concept so often co-opted for political debate and undergraduate essays. Tradition engenders problems and pitfalls but, as my questions unfolded into conversations about food and music and religion, about Oxford aesthetics and nose rings, it elicited something wonderfully contradictory – wonderfully human – in people: a desire for connection across temporal, geographical, and cultural borders. Perhaps, tradition is neither so derided, nor irrelevant, as I’d assumed. 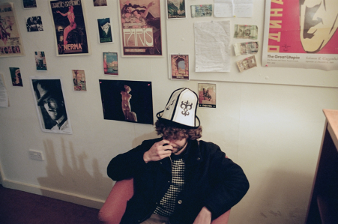 “tradition is… a tool to gauge how separated each generation is, in a way.  it’s just like a yardstick – it’s not necessarily good or bad it’s just, you know, what stays, what remains.”

“my granny always makes the same [chicken and rice]. i think if i tried it now, i wouldn’t really like it that much, but because of its nostalgic value it’s like the most delicious thing i’ve ever had. every time i leave or come back to england, i’ll have chicken and rice as my first and last meal. it was the recipe of [my granny’s mother] – Great Granny Gugg as she was known – and probably her mum’s before that, so it’s an old family heirloom. the old chicken and rice.” 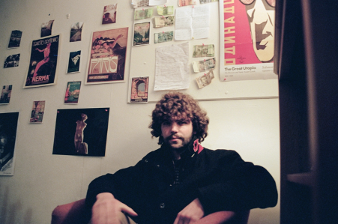 “i like tradition at oxford on the whole. i like matriculation. i like the latin. i got this old book, [with] photos of oxford in the 80s, which sort of warmed me to the sort of aesthetic tradition of oxford, being oh-so-very clever, but oh-so-very melancholy. obviously, the core thing that makes [oxford] work … is the quality of the teaching and the learning and the thinking that goes on here. but … like the, the whole atmosphere, … the beauty of the architecture and the ceremony, and everything is important. [they] keep up the image [of oxford] and therefore, draw people in who are going to … keep it stimulating.” “hopefully, traditions invite anyone, but we know, you know, that’s not always the case.”

“i think [tradition is] helpful in helping you position yourself, to learn more about your position in terms of like the historical legacy that you may be carrying on, or it might help you decide that you want to break apart from it.” “as an institution, oxford is still negotiating … what relevance tradition has and ensuring that it’s not alienating. i think having a sense of history can be quite enchanting. but obviously [oxford’s history], when we look at it, [is] more entangled with [the] violent sides of history. i think, as long as you keep on learning about the historical – the origins, place – then we can mindfully enjoy the architecture in the sense of the numinous, the ancient, you know … ghosts of many people or many fingers. but yeah, it is entailed, embroiled – it’s difficult.” 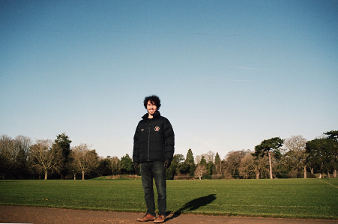 “something i’ve noticed is like, a dominant part of my life is that … i’ve been surrounded by tradition, but, often not of my own, none that i’ve been able to engage with.”

“[so] my mum really likes [Bosnian] folk music. i don’t know if that’s true tradition for me, but like, it’s always playing… there’s a singer called Kemal Montalo, a Bosnian singer, who wrote quite a famous song in Bosnia called “jedne noći u decembru”, which just means “one night in december”. just before i left for oxford, i played that with my grandma, who’s Bosnian, and my mum, who’s Bosnian and we all sang it together. so like, i guess in a sense, there’s, you know – i don’t know if i count this as tradition, but i’d certainly say that was an act influenced by tradition. like, i have distinct memories of coming home and that [music] blasting out. that is perhaps a tradition i engage in.” “i mentioned to you before, about the coffee thing. in Bosnia … it’s very traditional to sort of sit down with someone you know, someone close to you and just have coffee and share and discuss and, you know. it’s happened so many times in my life, just watching two Bosnians sit down and chat. I’ve noticed that it’s, it’s quite important for people…[so] I quite like the notion of tradition. that’s probably because I don’t feel like I’ve been exposed to huge amounts of it, or at least connected with it hugely.” 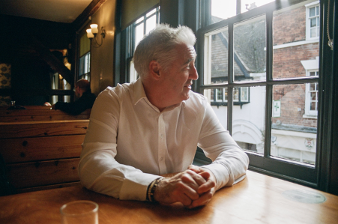 “[Traditions] may on the surface feel outmoded or silly, [but] that’s not the point: it’s the sense of belonging that is key.”

“I think there is an angle about traditions being something that binds or holds groups societies etc together and are, therefore, tied up into a sense of … cultural identity. Wearing Sub Fusc, Formal Hall – [these things] serve to cement a sense of belonging; perhaps that’s why traditions are so important – they make us feel [like] we belong and, as social animals, that is important to us.” 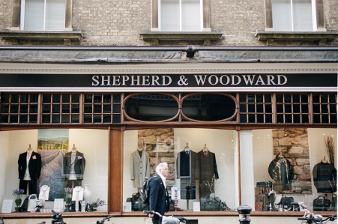 “I do think traditions are actually and counter-intuitively, increasingly important in society [as it] becomes more fractured, less tethered and more a multiverse of different values. Traditions can give people a rock to anchor on. Of course, the risk is that people anchor to traditions that are used to justify bad things (i.e. oppression of women, restriction of human rights, resistance to positive change). Balance is key: we should perhaps look to weed out those traditions that do not support positive outlooks, but [avoid] throwing babies out with bathwater.” “i’m a big fan of praying in religious buildings which aren’t a mosque. because obviously, like, i believe God is everywhere. i believe God can hear me anywhere. so i quite like … praying in places where you wouldn’t typically expect me to pray and essentially being like, ‘can you still hear me?’*”

“the logic behind getting my nose piercing was very much: do i become part of this – this tradition, this heritage? so … nose piercings are a really big deal in south asian and Pakistani, specifically in Pakistani Punjabi, culture, which is my maternal background. and, like, all the women in my mum’s family have their noses pierced. my grandma’s got it. my mom has it. my great-grandma had it. my great-great grandmother had it. it’s just the done thing – you’re an Aziz, you get your nose pierced. in the uk, people are like ‘oh it’s funky, it’s edgy…’ or ‘it’s cheap, it’s working class’, whereas like, in my culture, it’s a mark of beauty. it’s a mark of, well, this is a girl who’s blossoming into womanhood. i’ve grown up in the uk, like, born in birmingham raised in birmingham, proud brummie, and very much a british woman, but i’m also a Pakistani woman and reconciling the two was part of the reason why i think i ummed and ahhhed for so long. and then another another thing i was thinking about: you see, lots of girls in the uk [wear] nose rings. in Pakistan, you would not wear a nose ring. that is not what an honourable woman does. culturally, the nose ring is associated with a prostitute. it’s one of those traditions which, on the surface, it’s very black and white, then sometimes i sit and i think, uhmmm should my appearance be buying into that? should i be perpetuating that discussion? just through the act of having a hole in my nose?” 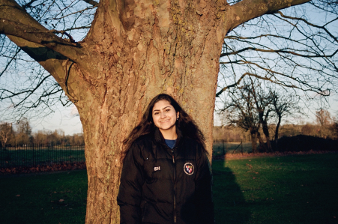 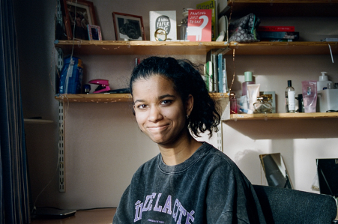 “tradition links you to your – to the past. To your ancestors and stuff like that. [it] adds meaning to things we do, and … can provide a sense of comfort.”

“does tradition have a place in today’s world? i mean … i think it does, absolutely… and i may be slightly biased, as a historian, but tradition is something that links you to your – to the past. whether that’s on a big level like, you know, talking about Christmas … (you know that’s almost … on a national level of tradition), but it can just be a family tradition as well.” 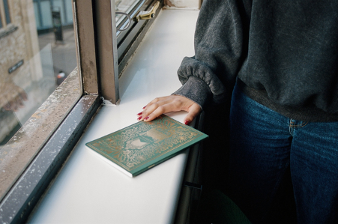 Words and art by Imogen Marriott.