The following pages were found in the female toilets of the Wyevale Garden Centre Oxford, along with a large shopping bag containing goldfish food, a chimenea, and a kit to assemble an Alexander Rose Turnberry 2-Seater Bench. A friend of mine, who happens to work weekends in the Weed Control department, passed these things onto me, along with the extracts below. My friend knew that I had interviewed Richardson recently, and passed them onto me. I thought about returning them to Richardson personally, but after reading the pages, any ethical concerns I may have had seemed to vanish.

The notebook itself opens with the following note:

I rose promptly and full of vigour – 6.00am sharp (as usual). Mondays have always been my favourite day of the week which may seem perverse, but I’ve always enjoyed the opportunity to shake off the weekend cobwebs and kick off the week with a firm push, before settling quickly into a robust breast stroke. Usually Monday mornings see Louise Richardson at her most efficient, slicing through the day’s work with a ruthless level of efficiency, like a hot iron poker through meringue, but today there was something of a hiccup. On the journey into work, Sally hands me her mobile phone (which I always dislike having to use – she has an exceptionally greasy face), and I hear the news that David Lammy has been giving interviews all morning on the admissions statistics. Lammy is a thorn in the thigh at the best of times, but over the last few months he’s become a bit of a crisis in the making and I find myself wishing to suppress him more and more every day.

Besides, he’s wrong to say Oxford has no students from minority backgrounds… I can’t personally say that I’m spoilt for choice when it comes to friends of the ethnic persuasion, but I see plenty of them around Oxford on my morning commute, scrabbling in and out of colleges looking perfectly content, so I think he’s being rather unfair. One can certainly tell that he didn’t go to Oxford. Still, I must do something before I’m made out to look like some kind of racist… I think I’ll tell Sally to scan the phonebook for anyone with any ethnic quirks – a photograph or two with one of them would be extremely helpful to me right now.

Yesterday BAME, today the gays. Why do I feel like I’m trapped in a sadistic game of minorities bingo? Determined to put the bad news of yesterday behind me, I had an additional cappuccino in the morning (suitably boosted with a dash of something stiff). I told myself: “Lou, you will approach the day with a clear head and a full heart”, just as Sister Michaels used to say at convent school. Yet no sooner had I sat down at my desk to begin my Friendly Weekly Email to university staff, an obnoxious little man from the Guardian rang to ask about my position on protecting gay students. “Protecting them from what?”, I asked rather curtly, not best pleased at being forced to think about homosexuality this early in the morning. “We’ve received information indicating that there are concerns regarding homophobic behaviour on the part of University staff”, came the reply. Perhaps the extra coffee meant that I answered him rather sharply. Around an hour after the call had concluded, Sally burst in, sweating like a mule, blathering something about Twitter. The headline ‘Louise Richardson: the woman who hates the gays’ was one of the kindest of those circulating on social media… I confess that the teenage lacrosse player in me was tempted to lob the vase that my Tom got me last Christmas straight at Sally’s stupid greasy face, but I quickly regained my composure, and accepted that Sally herself was not at fault for this fast developing clusterfuck.

I poured myself a stiff glass of whiskey – sans coffee this time – and lay back on my recently installed chaise-longue to ponder a solution. It was then that I remembered the interview with the ISIS. At the time I had been angry at Sally for setting it up, but here was a perfect opportunity to set the record straight (so to speak). In my experience, ISIS students have a wildly disproportionate idea of how clever they really are – I should have no problem bamboozling whichever pseudo-intellectual shows up tomorrow.

Looking back at yesterday’s entry, I realise what a fool I was to think that student journalism was my route out of this muddle. I knew that the interview was doomed from the moment that the student doing the interview minced into the room, donning a garish coat and hideously oversized scarf, Oxford Keepcup clasped in one hand. It quickly became evident from the gaudiness of the coat that, to my horror, this student was a homosexual… it was evident that I would be in for a rough half an hour. To make matters worse, when he apologised for ‘smelling like fags’, I sat up extremely straight, alarmed that this was some sort of trap, before realising my misunderstanding…

I fear he may have noticed the confusion, as any pretence of friendliness dissipated after this moment. I explained to him that my remarks had been completely taken out of context, before going on to make what, in retrospect, may have been an ill-advised joke about how I knew that he would not be guilty of this, given how much gay men seemed to love Irish women. I had got as far as mentioning Sinead O’Connor when I looked up to see a face like thunder looking back at me. For the first time in my life, I actually found myself wanting Sally to appear, hoping that she might arrive with some urgent call so as to alleviate the considerable tension that now hung over the room, but alas, she was not forthcoming, leaving me to stew in rainbow soup. Instead, he started to ask me about why I had blocked a debate on the lecturers’ strike, a question which, I might add, was posed with a considerable degree of hostility. Resisting the urge to end the interview on the spot, I gave a perfectly measured reply, quickly wrapping things up before he could lay any further traps. What a terrible idea it was to indulge the ISIS, a publication I have always had little time for. Who honestly enjoys reading think pieces about the cultural importance of Peruvian short fiction anyway? Why can’t they write about things which the average Joe on the street enjoys, like long walks on the beach or hunting? I for one find visits to the garden centre deeply relaxing. Perhaps I will go this weekend.

A day away from Oxford was much needed after this horror show of a week, and thankfully the Vice- Chancellor’s Teaching and Learning Conference was today, although depressingly, in Newcastle for some reason. I rarely travel north if I can avoid it – it’s cold, cultureless, and I dislike the so-called ‘Dry Northern Wit’, which I find irritating and not charming. When Sally advised that we take the train rather than the private car, given that Cherwell have been all over my expenses, I reluctantly agreed. The four-hour train journey was inevitably hellish, and I could not shake the fear that some stumbling steel miner was going to spill his beer all over my newly pressed trouser suit. The conference itself was relatively uneventful, although one particularly toe-curling moment arrived at lunch. Seeing Stephen Toope (the Vice-Chancellor of Cambridge) at the buffet counter, I made a quip on how revolting the sandwiches were, suggesting that we feed them to the pigeons outside instead. He turned around, ashen-faced, to inform me that he had made them himself especially for the conference. The cucumbers were grown in his garden he said. And the mayonnaise was from a recipe his mother had given him, only shortly before her passing this year. I think he may have told the other VCs, because I quickly became aware of a certain animosity directed at me during the afternoon session, and I am convinced that the sandwich on my seat when we came back from our break was placed there deliberately. I never liked Stephen.

As soon as the horror show was over, I looked around for the Jaguar, forgetting for a moment that, alas, our train was booked for six o’clock. As we rolled into Oxford Station, I suddenly realised that to my horror, I had left my John Lewis cashmere in Cambridge. Under no circumstances was I going all the way back to the other place, but I didn’t trust those provincial bastards to send it back in one piece after sandwich-gate. “Don’t get off this train Sally”, I snapped, “You’re going straight back, and yes, I know Clara needs picking up from after school club. I guess you’ll have to call your mother”. The diva in me may have overstepped the line at this point, but the stresses of the day had exhausted my reserves of patience. Besides, Sally had been particularly unhelpful all day, so she could have no complaints.

To celebrate the end of a pretty tiring week, I decided to treat myself today and go to the gardening centre. Increasingly, I find plants easier to deal with than people – they don’t question me or want things from me, they just look beautiful in a straightforward kind of way. On my way round the centre I happened to find myself in the animal section – I don’t know whether it was the stress that had built up slowly as the week progressed, but before I even knew what was happening, I was in the car with four goldfish and a hamster. I rang Sally to ask her whether she thought this meant I was having a breakdown but, true to form, she was violently unhelpful, saying that she “couldn’t talk at the moment” because she was tiling her bathroom, which was clearly untrue.

UPDATE: I’m writing this in the loo of the gardening centre: I don’t know how this has happened, but I have stolen about a dozen animals, which I plan to take home and raise as I would my own children. It was easy to create the necessary distraction to divert the staff’s attention elsewhere (I have now literally taken sweets from a child), and then to slide open the cage doors, taking them all quickly to my car. The animals seemed ungrateful that I had liberated them. In this way, they remind me of Oxford students. I think I will spend this weekend naming and domesticating them until they see me as their new mother. What a fabulous weekend this is shaping up to be. ∎ 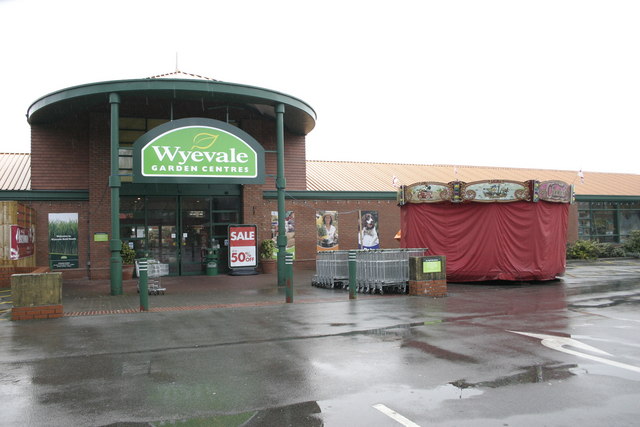