Recognisable by their long black braids, colourful skirts, and wide-brimmed hats, cholitas – as the indigenous women of Bolivia are called – seemed to be the wheels powering each rural village I visited in Cochabamba, one of the nine departments (states) of Bolivia.

Whether teaching classes, selling goods at storefronts, leading town meetings, preparing meals, or tending to their crops, the Quechuan women I met and photographed were ever so well-presented in their elegant yet practical cholita dress.

Francisca, who works as a school cook.

When I asked some girls at a school we were visiting why their mothers ‘dressed cholita’, while they themselves sported skinny jeans and graphic tees, they responded, matter-of-factly: “Because it is their culture.”

“And will you dress the same way when you’re older?” I asked.

“Por supuesto, yes, it is our culture too.” 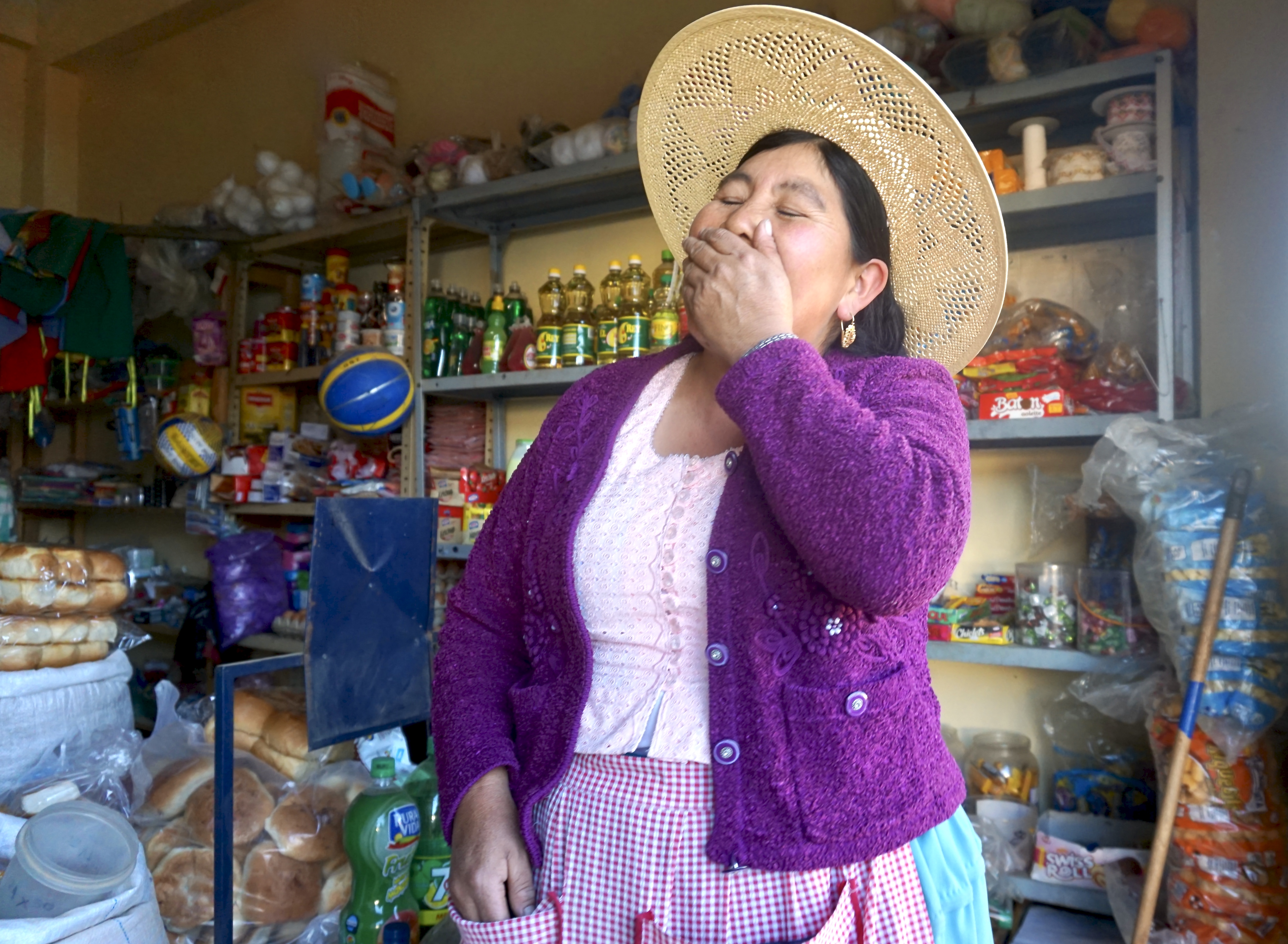 Lydia, who owns a general store.

‘Cholita’ is a softened version of the pejorative Spanish word ‘chola’, meaning ‘pretty woman’. While Bolivia has a majority indigenous population, indigenous people – particularly women – were subject to severe social ostracization and systematic discrimination prior to the election of Bolivia’s first indigenous president, Evo Morales, in 2006.

Morales’ election instigated a revival of political engagement throughout the country and increased the recognition of indigenous women’s civil rights, which they have been advocating for since before the 1960s. Cholitas’ distinctive style of dress, a remnant of Spanish colonisation become object of marginalisation, is thus a symbol of indigenous identity and increasingly, as the women I photographed told me, of cultural pride.

Adela, who is a Sacabamba community leader and shop owner. 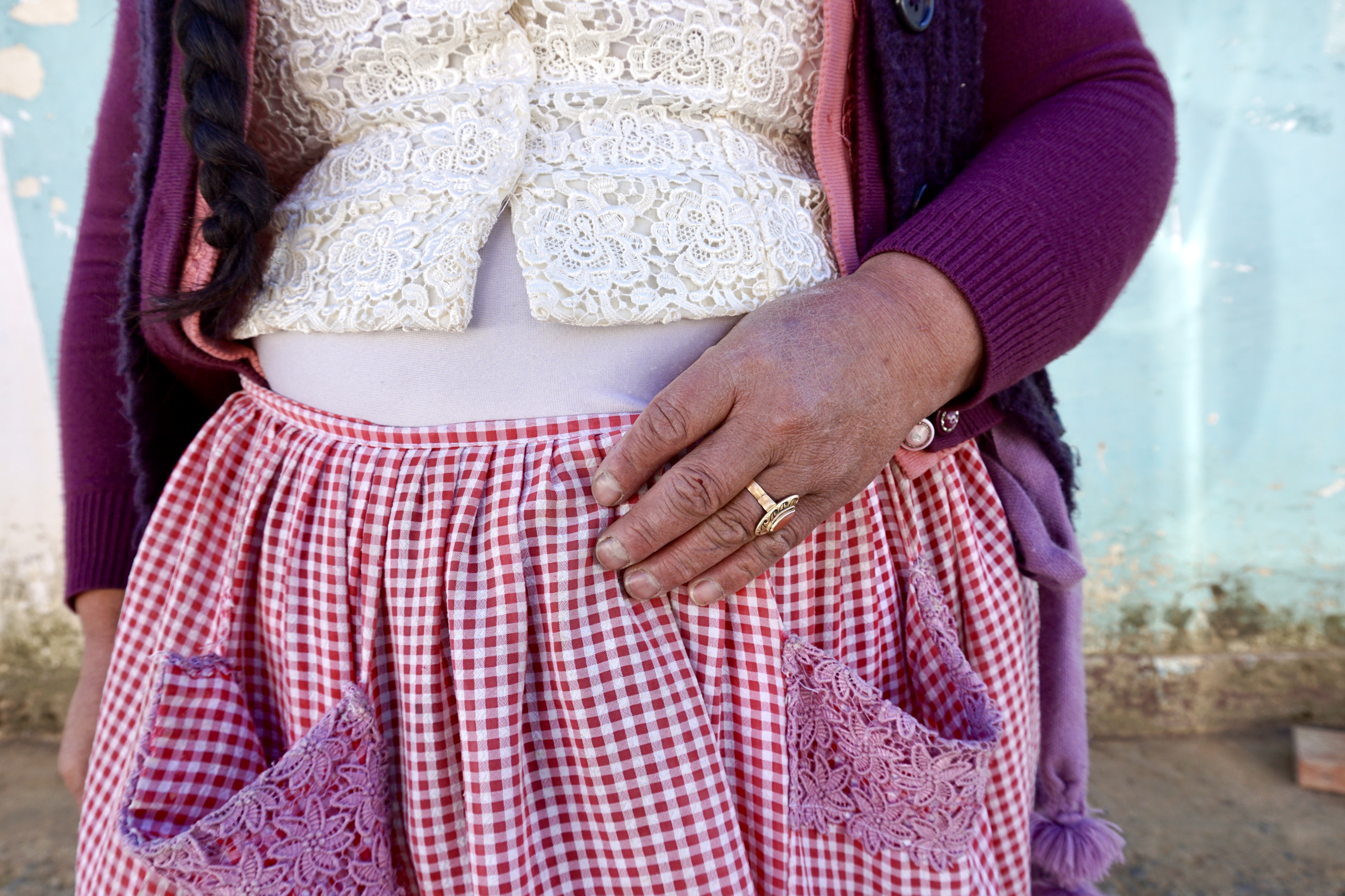 From the waist down, a typical cochabambina cholita outfit from consists of an enagua (lacey petticoat) worn under a knee-length pollera (skirt), which is usually topped by a small mandil (apron). On top, chompas (short jumpers) are worn over blusas (blouses). For trips outdoors, the outfit is completed by a wide-brimmed, flower-adorned sunhat.

In other areas of Bolivia, there are slightly different ways of dressing. Most cholitas in La Paz, for example, sport small bowler hats and ankle-length, tiered skirts owing to the colder climate. 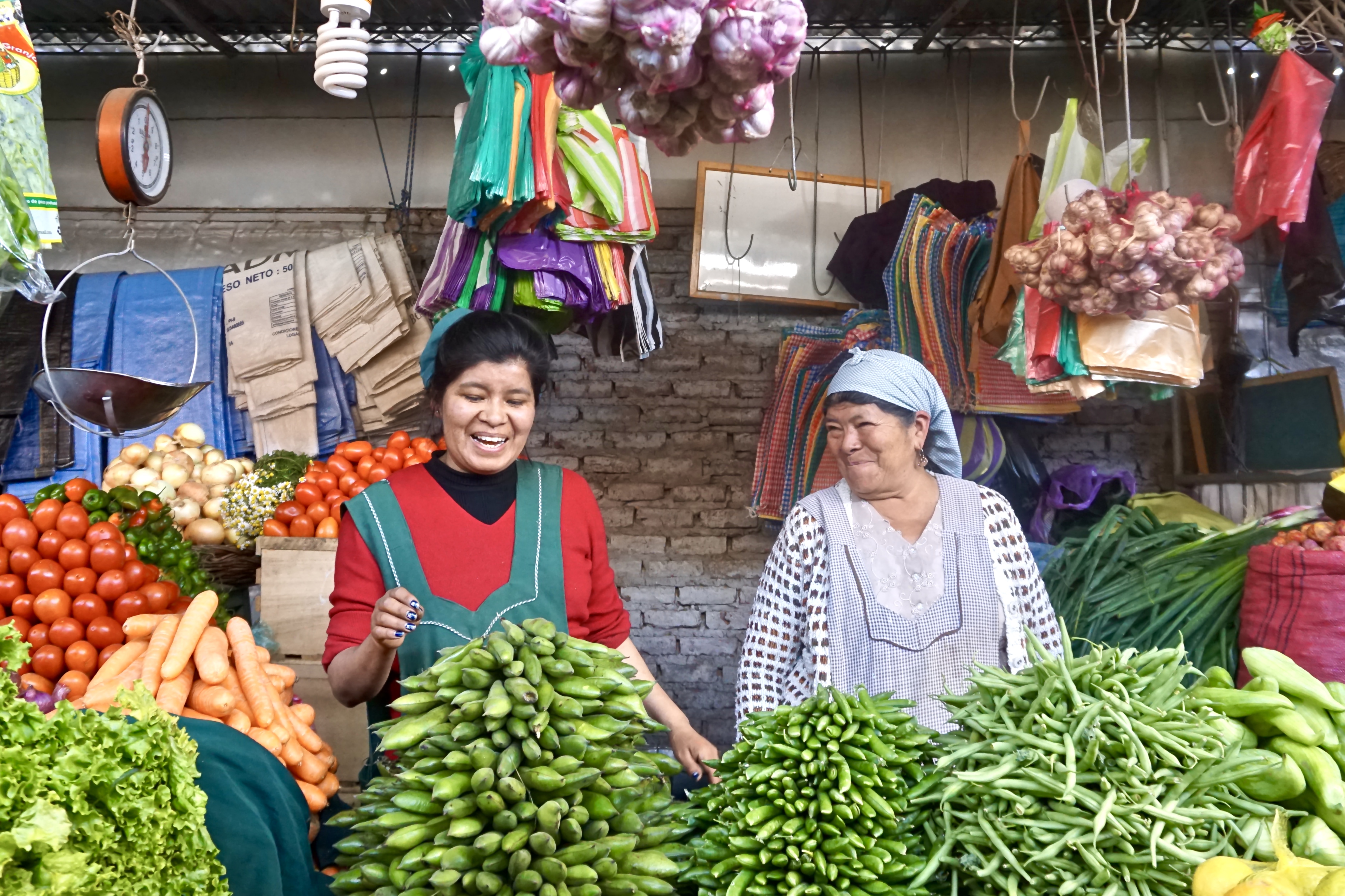 Sandra and Liusa, who sell vegetables at a Cochabamba market. 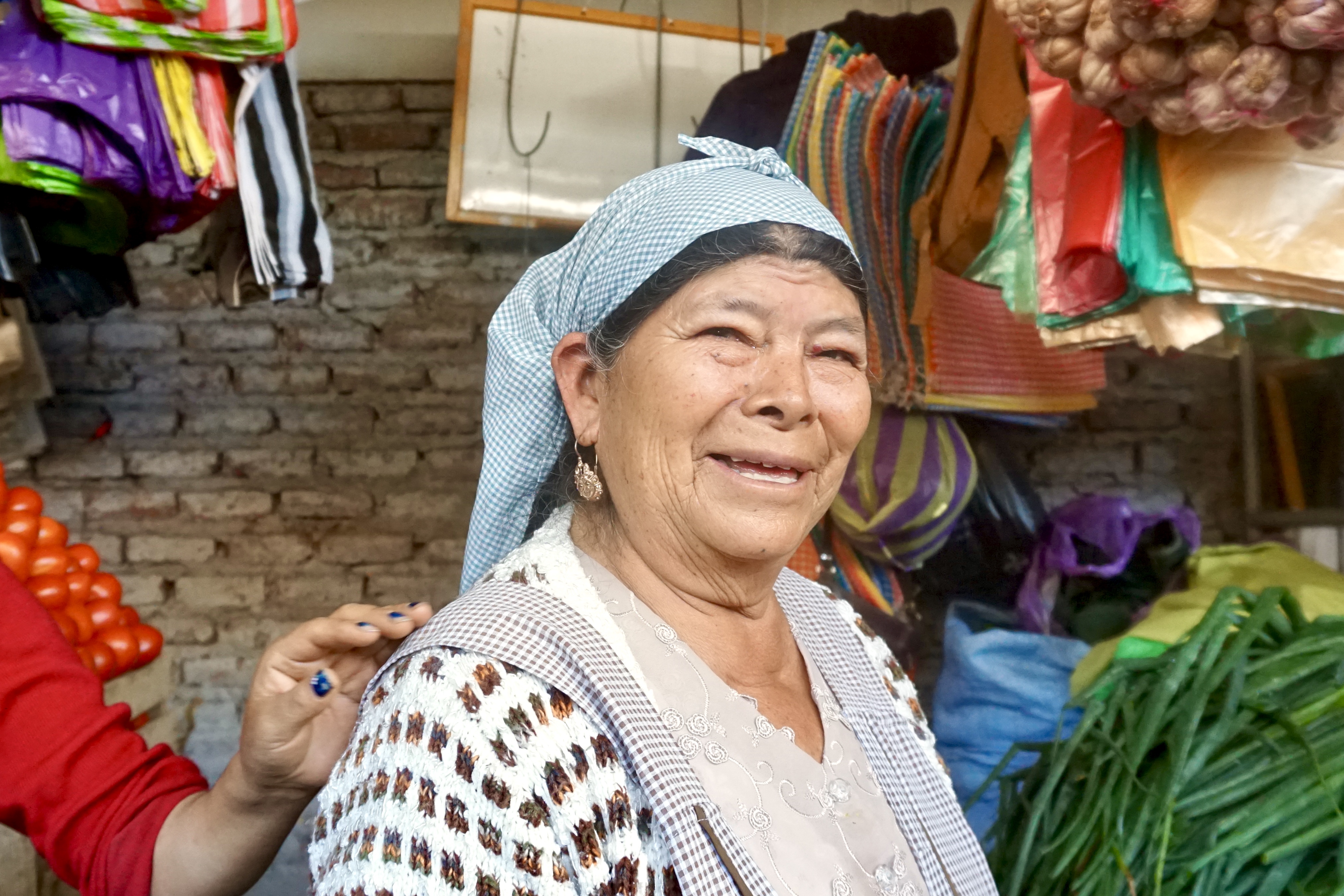 Words and photography by Isabel Morris; production by Jack Hunter.

Sign-up to The ISIS’s new weekly newsletter, The Weekly Window.