Packed quietly and snuck off this morning – didn’t want to wake people as they all seemed so deep in sleep.

Last few days in Les Gets were mellow. We hiked and got caught in a hot storm. We counted the seconds between the flashes and the cracks of lightning as we waited for it to hit. Closer and closer. When it came we all stripped off, running soaking wet but eager down the mountain. Shot so many pictures – finished a roll. The days blur into each other but I know we spent one of these nights swimming in the lake. 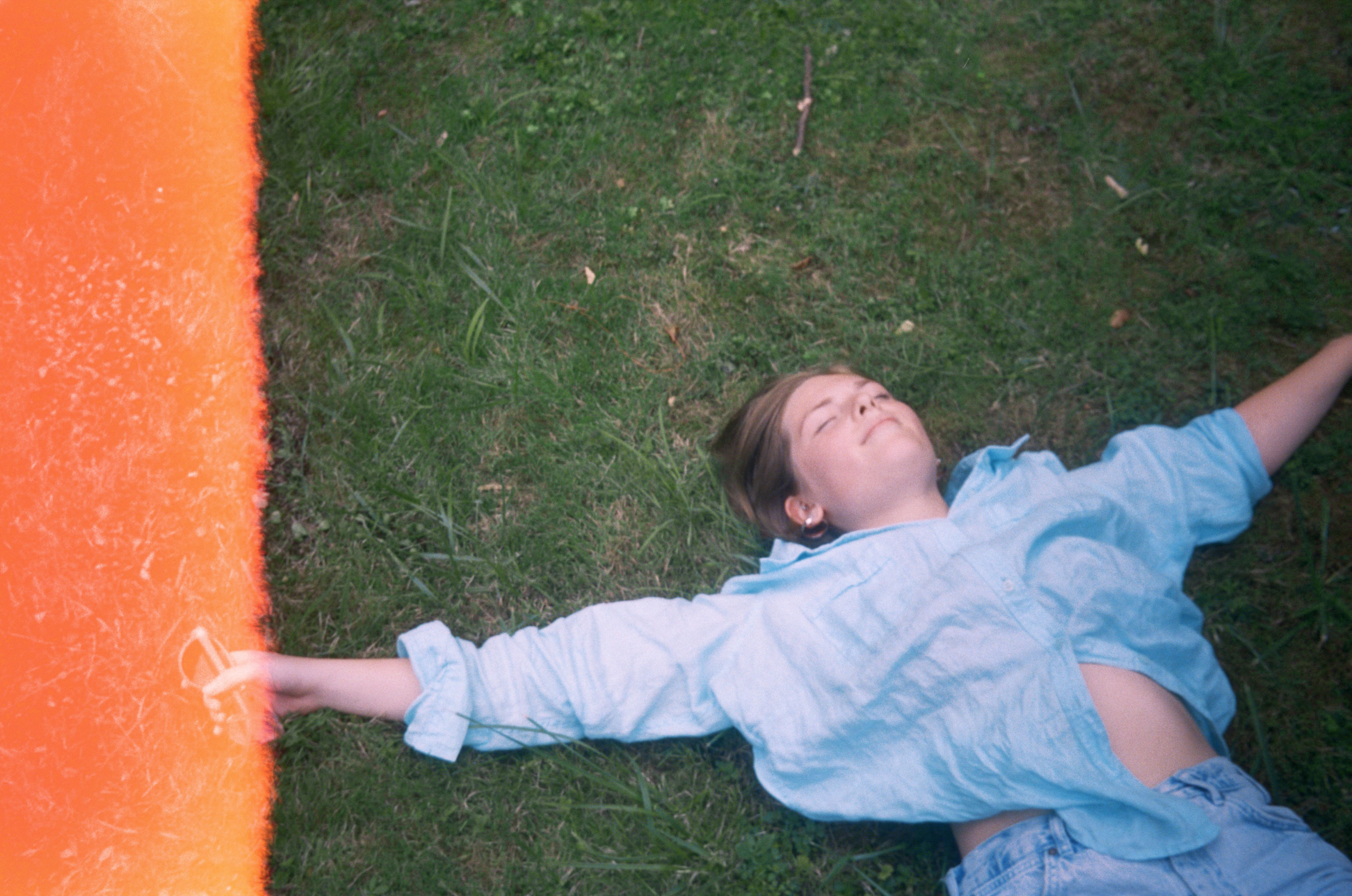 The air was strange when I got to Paris. I’d seen huge swathes of rain erupting on the horizon through the carriage window, some of them overlaid with webs of white lightning. You could smell the newly wet earth through the air conditioning; the carriage breathing in the change from south to north. Walking from Gare de Lyon to Bercy, people lent unnaturally against the warm wind, dust and paper billowing around them them on through the streets, between cars and feet of small huddled crowds. Managed to catch sight of M and rush into the station just before the rain broke again.

There’s something great about arriving in a storm. 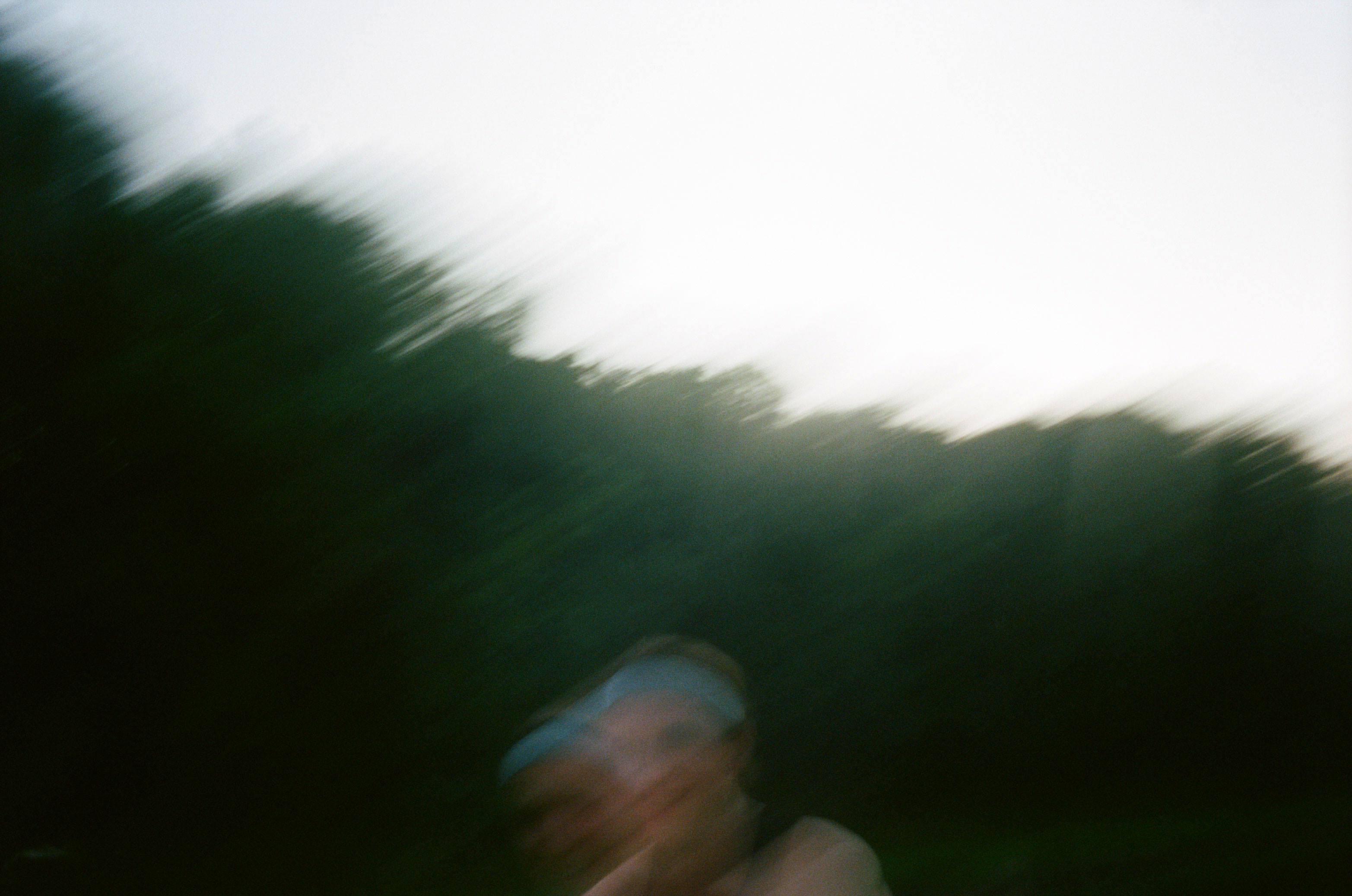 Woke up to the sounding cicadas and the solitary bark of the neighbour’s dog. They accompanied me in to the shower. As I washed I watched a woman sweeping her porch across the courtyard. Back in our room a diamond of light played on his bare chest while he slept. An accidental Alexander Calder. Mornings are quiet and slow here. 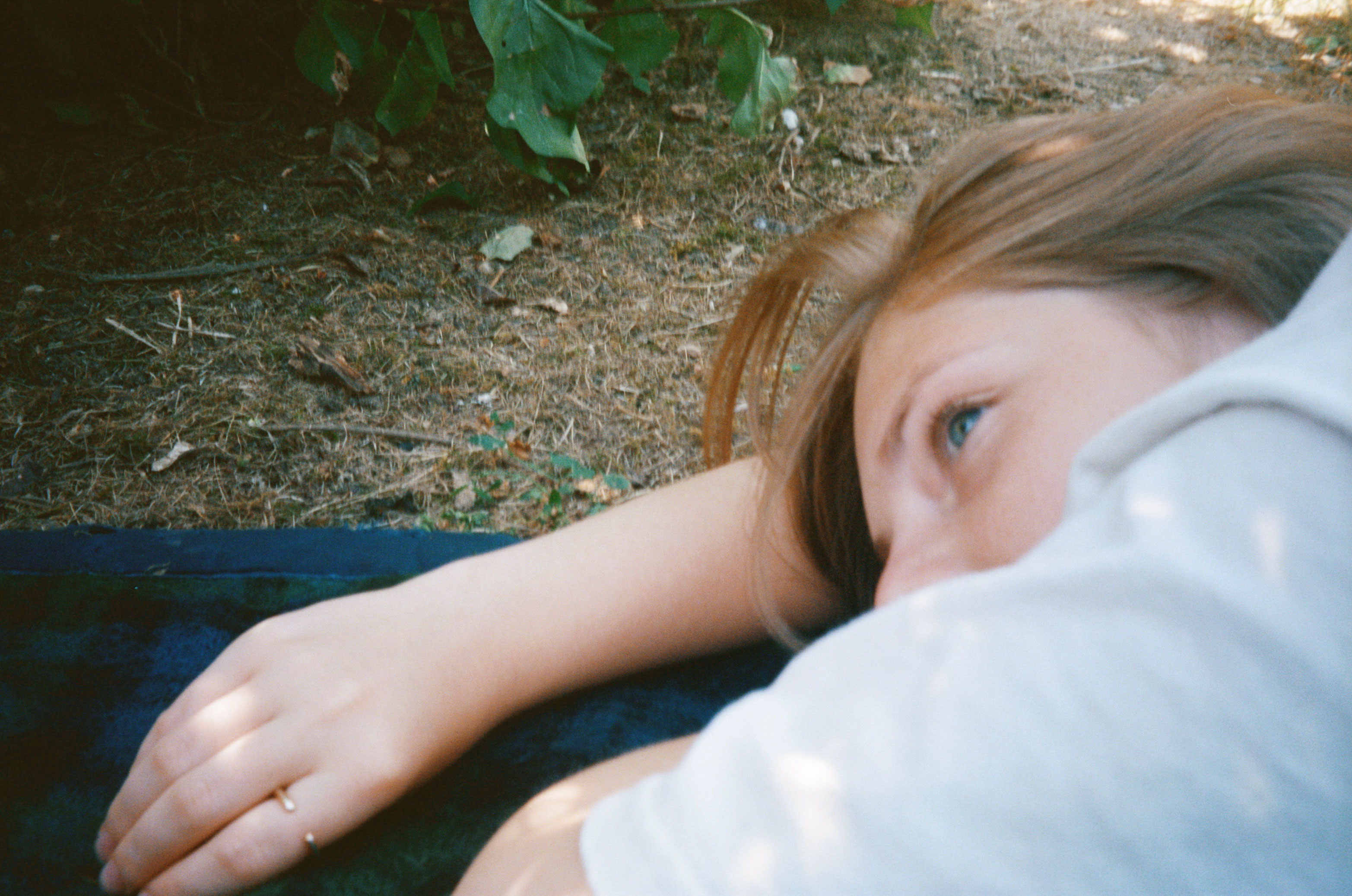 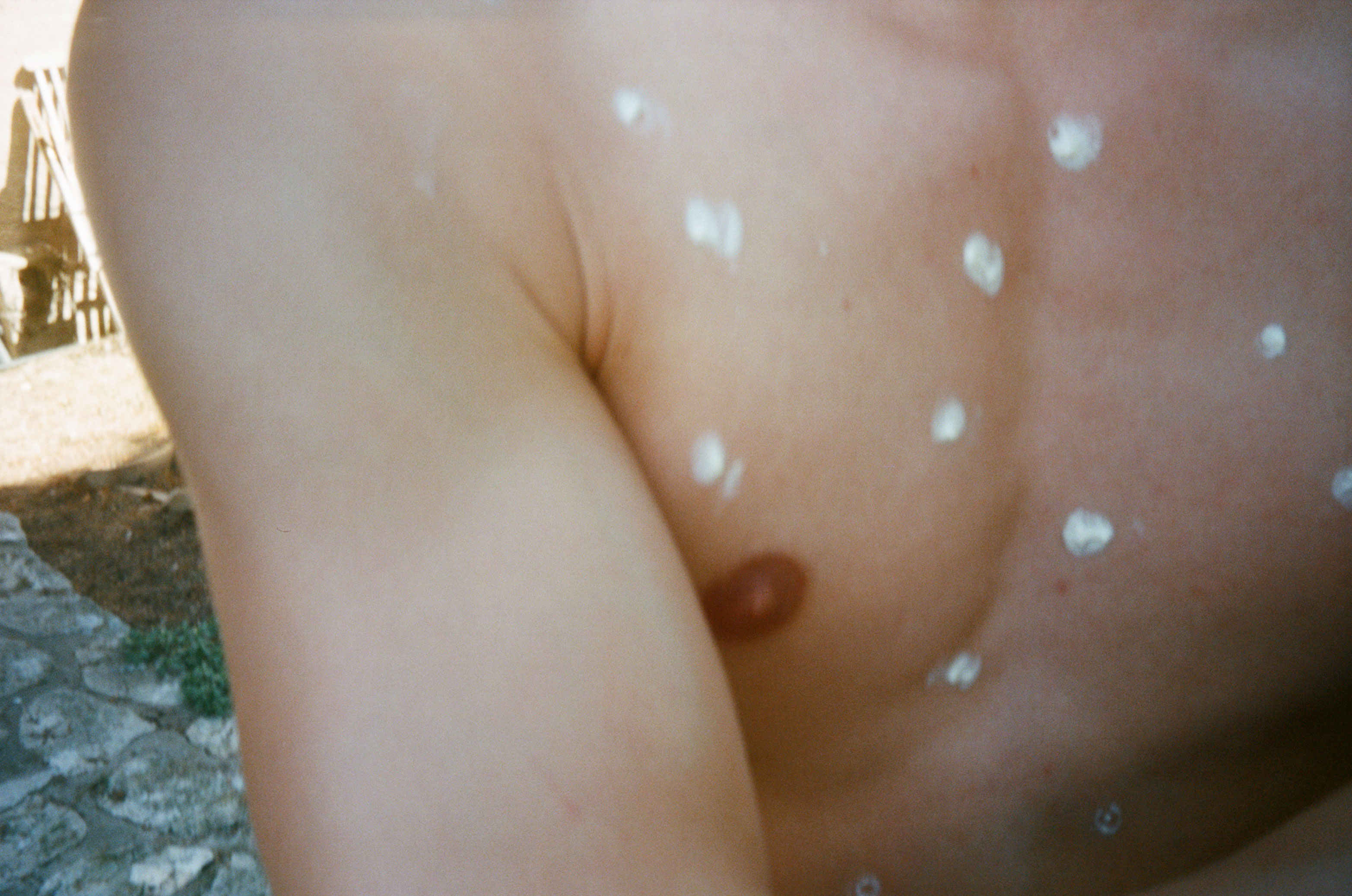 Mornings are quiet and slow here. We’ve cycled to the bakery in turns most days. It takes a few minutes down along the canals then up into town. Then it’s a long brunch on the lawn of fig jam and salted butter sandwiches. On the first day we moved the table from inside the house, dusted it off and surrounded it with a mismatch of chairs. Once the food’s cleared we lounge in the grass for a while; one of the boys reading in the sun while the rest of us disperse around the house. I try to keep my camera close, catching quiet moments of conversation or the pitting of fruit. 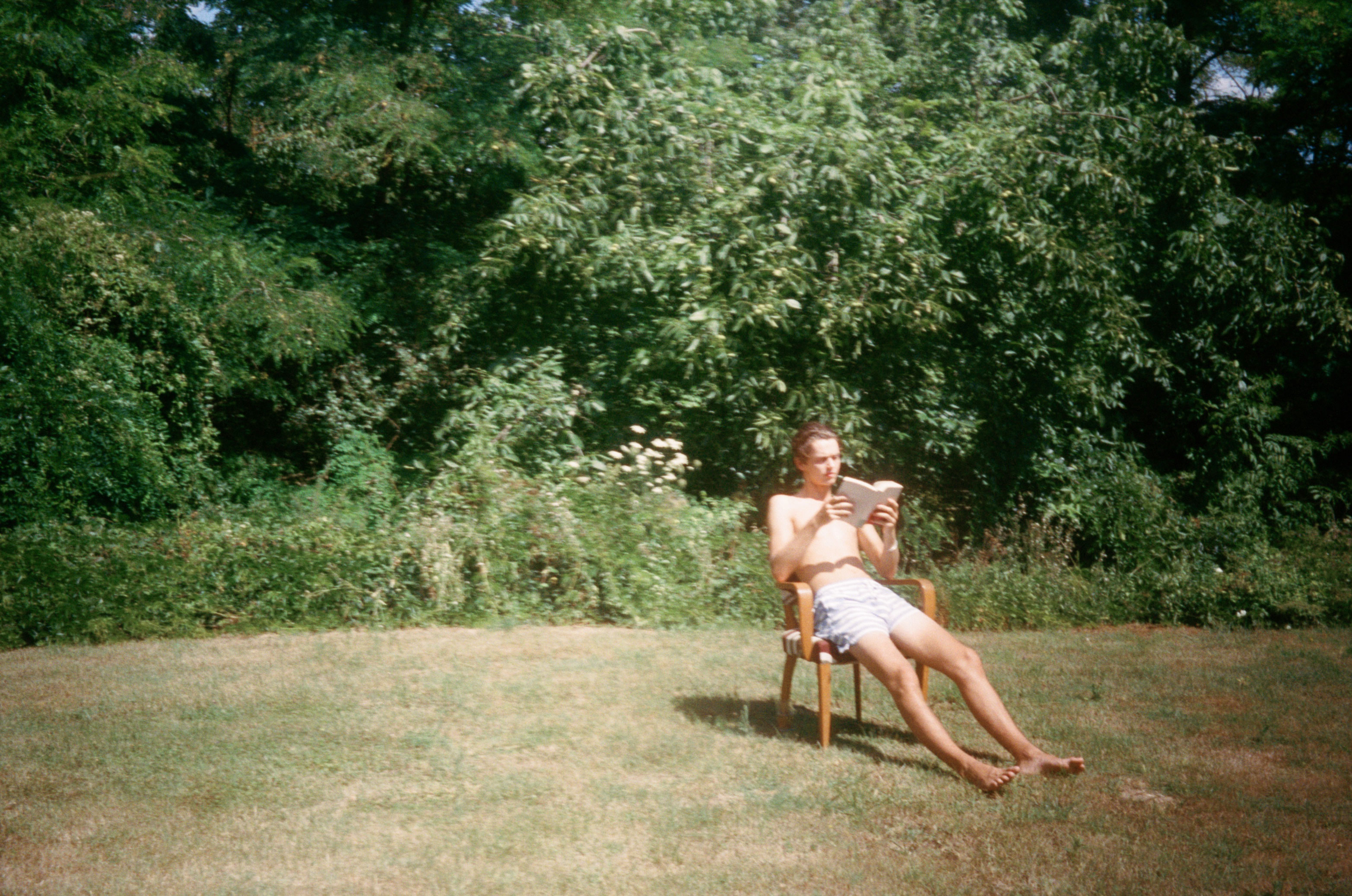 In the afternoon we played with the hose, spraying a fine mist in the garden and catching a rainbow in the water. My shirt and book all sprayed damp. After we’d dried off we all left for a cycle down the canals, peddling away from the sun, until we reached a bridge and turned left into corn fields. Shooting on my bike was a disaster, my hands shaking so much I knocked the ISO to 100. We clumsily dropped our bikes along the road side so we could run into the corn and peel it. Not ripe enough yet. 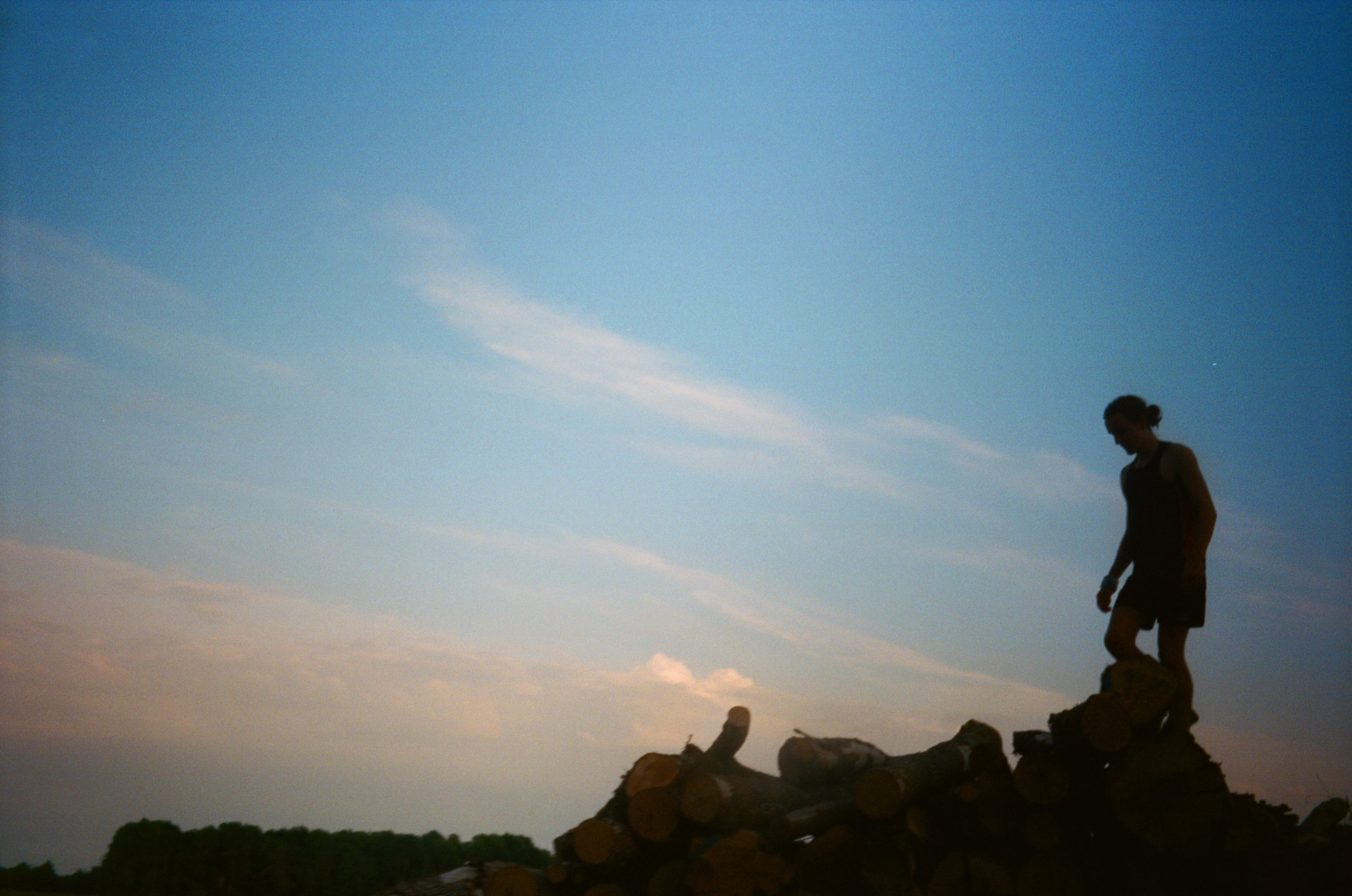 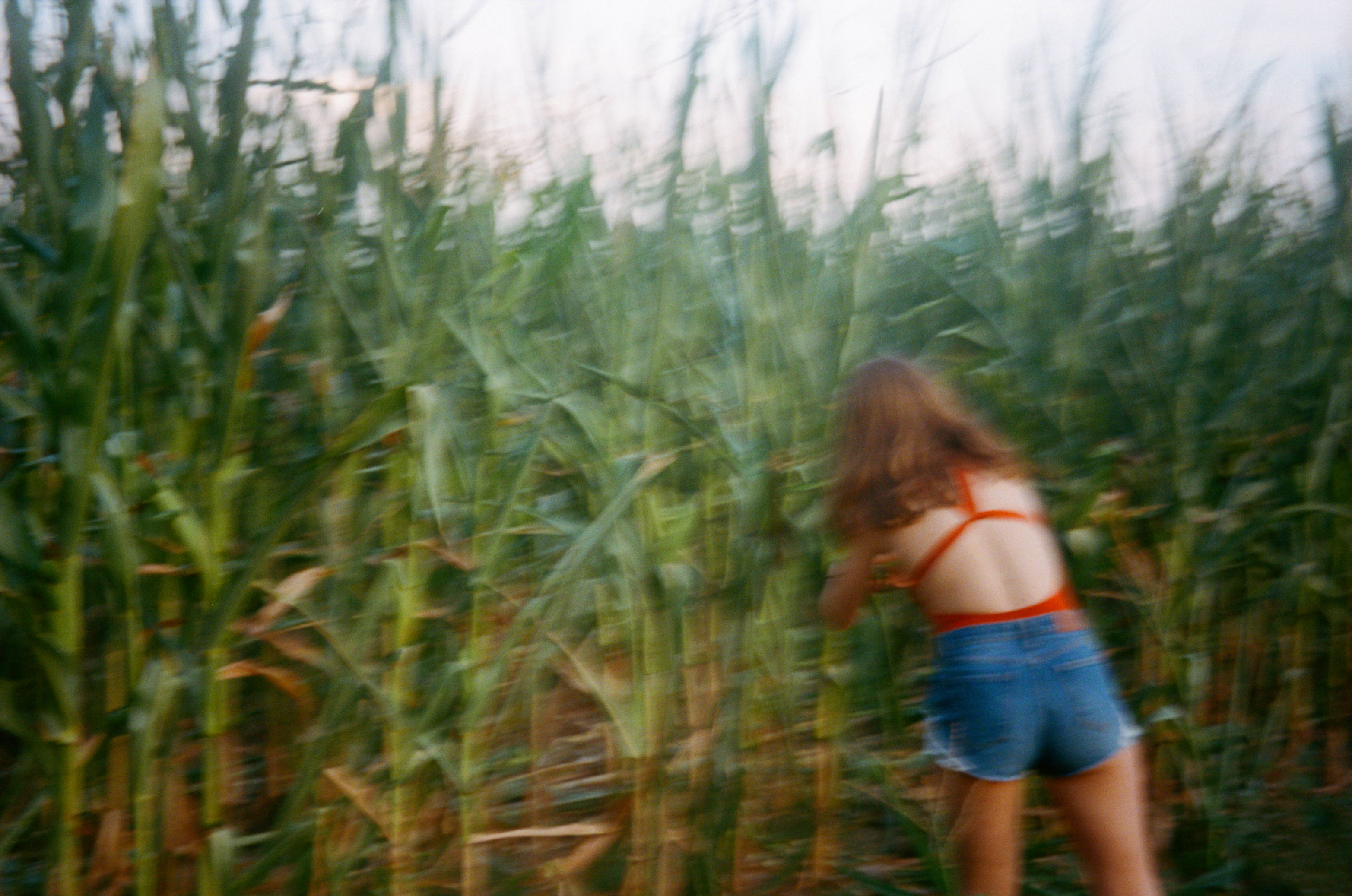 Words and photography by Antonio Perricone; production by Jack Hunter.