NIGELLA TALKS DIRTY—a YouTube video I found the other day, which manipulates scenes from Nigella Lawson’s various cooking shows to make it sound as if she’s having sex. “If you want to squeeze”—and here the video cuts—“my plumptious beauties”—and again— “then be my guest”. As Nigella chops, stirs and blends—all the while teaching and advising her viewers on how to make the perfect Turkish eggs, or cherry cheesecake—the video positions Nigella as an unwitting sexual object, destructing and degrading her authority as chef. Later, I discovered a similar video—GORDON RAMSAY’S SEX TIPS—in which Gordon slices and separates a chicken breast with as much vim and vigour as Nigella: “push your fingers in there”—surprise surprise, the video cuts here—“and it’s nice and moist”. What’s most interesting about this video is that Gordon stubbornly resists sexual objectification—instead it is his ingredients which are objectified, sexualised, even feminised, as Gordon hurls slabs of meat onto chopping boards, or dices potatoes with ferocity and Grit.

The differences between the two videos—in the way they are shot and scripted, in the self-presentation of each chef, are significant: Gordon cooks in a well-equipped if character-less kitchen; his “tutorials” are brisk and professional—he is clearly a teacher. Nigella, on the other hand, starts and ends each “show” with the school-run. Much of the episode will feature her pondering over different-sized onions on supermarket shelves; when she finally get rounds to cooking, it is at home, sometimes even in pyjamas—an informality reflected in her conversational style. Nigella will float around her kitchen, smiling at her reflection in a polished steel pan, or gracefully arching her well-moisturised arm to reach choux pastry and porcelain. She uses “a handful of ingredients” with vague quantities like “a few splodges of cream” or “as much or as little lemon juice as you’d like”, whereas Gordon will be strictly specific with “a spoon of ricotta” or “one pinch of sugar” announcing his authority with abrupt imperatives like “season!” or “stir!” Celebrity cooking is pervaded by this gendered power difference: Nigella’s femininity undermines her professionalism, while Gordon’s masculinity is used to emphasise his. Nigella is framed as domestic and amateur, a relatable image for those watching, whereas Gordon is professional and skilled—he is a respected teacher, while Nigella is a friend.

Nigella is no doubt as talented as Gordon, but NIGELLA TALKS DIRTY is symptomatic of the way in which female chefs are pushed into a binary reminiscent of the Madonna-Whore complex: there is either the friendly grandma, like Delia or Mary Berry, or Nigella’s hyper-sexualised objectification— there is apparently no alternative (plus a quick search on YouTube shows that not even Mary Berry is immune to filthy euphemistic videos—MARY BERRY INNUENDO BINGO). Men are afforded a greater variety of roles in the kitchen, as indicated by Jamie Oliver—the “family cook” and “ultimate family man”, who is capable of promoting healthy eating and balanced meals with a self-effacing ease and comfort. His website, for instance, groups recipes into “Healthy Super Easy Midweek Meals”, “Meals for Busy Parents”, “School Night Suppers” and “Family Favourites”. His family—his parents, his wife and five children—are frequently foregrounded in his cooking shows, his cookery books and his media appearances.

Like Jamie, the chef Lorraine Pascale has a similar focus on “healthy eating”—but with a “weight conscious” angle that Jamie lacks (“My Cleaner Beauty; Feel Good From The Inside Out”, her website reads, “Join Me On My Wellness Adventure”). Women, it seems, cannot just eat healthily—they have to be shedding pounds along the way. This distinction between weight-watching and healthy-eating, between Nigella’s playful kitchen advice and Gordon’s strict, sober-faced instructions, bolsters gender roles within the contemporary cooking industry—and when less than a fifth of professional chefs in the UK are female, it’s clear that the cooking ‘female friend’ is the product of a deep-rooted and pernicious misogyny. Kitchen culture has a reputation for being dominated by angry men, sweating and swearing while they furiously mash potatoes. Cooking? Baking? Cake decorating? All perfectly fine for women— but becoming a professional chef? We’ll leave that to the men I think. 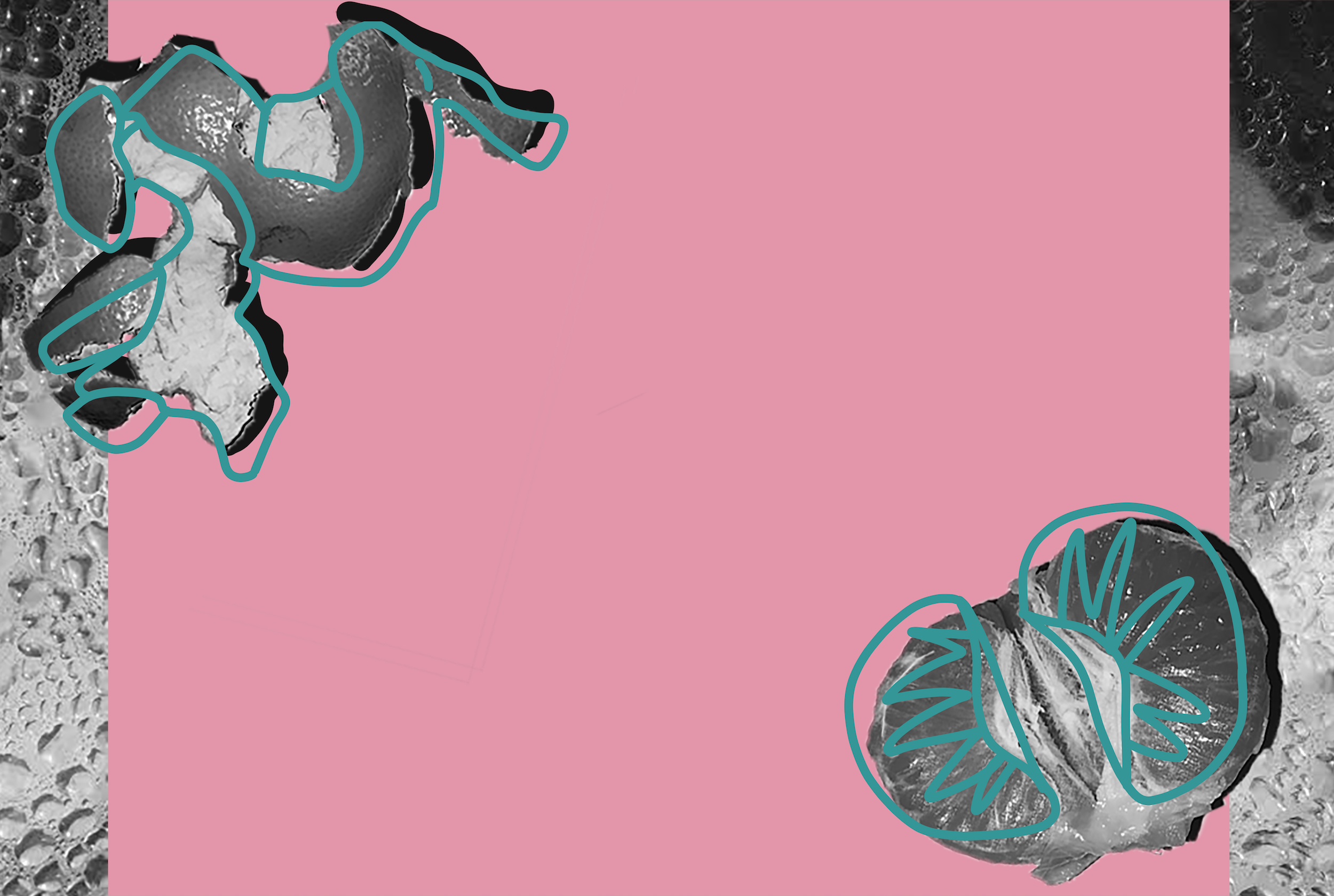 Violence is embedded within kitchen culture, in the act of both preparing and eating food. Watching Nigella sensually lick her lips to the camera, and Gordon rip open the legs of a partridge, reminds us that food is quite an interesting part of our life, and our relationship with it has always been a bit odd. Right from when we used to eat each other, to when we used to eat our pets, and to now—when we happily eat anthropomorphic foods like Pom-Bears and Potato Smiles—there is something violent about the emotional barrier we put up to the things we place in our mouths. A symptom of this is the language we use to cook—“dice” the onions or “crush” the garlic—and a certain recipe by the Israeli-British chef Yotam Ottelenghi even suggests I “blitz to a smooth paste” before “pounding the lemongrass”. This violence is overt, even over-egged.

Consider, for instance, that medical surgery is an inherently violent act—yet its semantic field is sanitised, purified and palatable: it is called an “operation” or “procedure”, the weapon-like tools are “instruments” and the cutting out of your bodily organs is described as an “excision”. The normality of surgery has effaced its violence. The same cannot be said for food, despite its normality: the violence implicit in its preparation and consumption is emphasised, its intensity highlighted, to enact our dominance over the foodstuffs we are blending, mashing, and eating. And this violence is routinely co-opted to subjugate women. NIGELLA TALKS DIRTY (a YouTube genre in and of itself: there is also NIGELLA LAWSON SEXY TALK and NIGELLA LAWSON HOT, both with hundreds of thousands of viewers) tampers and meddles with Nigella’s “instructions” so that she suffers the same violence she uses against her food: “pound the ingredients like so, and it’s perfect for me”, for instance, is reduced to just “pound… me”. Nigella becomes her food—and the viewer is invited to consume both.

The overt sexuality and violence of cooking is epitomised in the growing “foodporn” industry. I recently found a highly entertaining website that tells you what your food might say if it could “express love”. Some highlights were “Yeah, spank me harder with that spatula!”, spoken by a pancake, and “So go ahead, fondle and play with your fork”, said by a marinated chicken breast. Foodporn constitutes another popular genre on YouTube, with videos like THE BEST BURGER: FOODPORN WARNING! accumulating nearly three million hits. Such videos can make anything appear sensual: melted camembert, a tower of pancakes oozing with runny chocolate, creamy macaroni cheese. While most of these videos tend to focus (intensely) on the food itself, a significant sub-genre features women consuming this food—glossy burgers and chips, ferociously tearing wings from a fully-fledged chicken breast. These videos should come with a NSFW warning—they can be borderline pornographic. “Mukbang” is hugely popular in South Korea: a digital food phenomenon consisting of “online eaters”, often women, who film themselves eating and talking about eating. Viewers gaze passes between the “eaters” and the food, objectifying and consuming both.

The food we eat has suffered, as a mutilated or murdered living thing. Dominance is in the hands of the individual that feeds, while the food which is eaten is completely disempowered. An emotional disconnect prevents us from thinking too much about the butchering and killing that has gone into its preparation. In The Sexual Politics of Meat, the feminist-vegetarian critic Carol J. Adams argues that this emotional disconnect stems from the notion of an “absent referent”, where the animal we consume is “absent”—because, after it has been killed, it is swiftly transformed into “meat” and the signifier for its corpse is altered. We write the animals out of their lives when we kill and consume them. The animal is no longer a living and independent entity, which makes it easier to consume without actively thinking of the animal as ever having lived.

Adams then goes on to apply the idea of an “absent referent” to the hyper-sexualisation of women. By objectifying women—by enclosing them within the framework of “a piece of meat” or “a dish” served up to male consumers/viewers—we remove their womanhood and their personal agency, so we can more easily see them as objects for consumption. Nigella’s image is built off sensuality: she wears well-fitted tops and smiles lusciously at the camera while licking dark chocolate off her fingers. While this is an image she has constructed and cultivated herself—she believes in using “food as a feminist act”, as a way of asserting self-determination and female agency—her pleasure is clearly subject to the objectifying dominance of the gaze, because the language of the kitchen, the language used to talk and objectify food, is also stacked against women. So the process that transforms animals into food is replicated in the production and dissemination of sexism in the kitchen.

So what can we do? Adams argues that vegetarianism represents a new wave of feminism. She links meat with toxic masculinity—and the violence we inflict on food with the murder of the animals we use to create it. But I’m not so sure. The problem stems from the way we speak about food. The language we use to prepare it make it sound like a show of masculine power. “Blitz”, “Pound”, “Smash” and “Whip” can just as easily be used to sexually objectify as to professionally instruct. Perhaps it’s time we overhauled and detoxified the language we use to talk about cooking—to reconfigure the act of baking, cooking, cake-decorating as a skillful procedure, requiring patience, practice and a little bit of talent. And what’s more, it desexualises the process of cooking which, let’s be honest, is kind of weird anyway.