Blackwork legend Curly Moore’s bold freehand tattoos are characteristic of the neo-tribal and abstract designs that he helped pioneer in the 80s. For Curly, tattoos were plain ‘ugly’ until a chance encounter with multi-platform artist Alex Binnie in London, revealed that tattoo designs could open up visual dimensions, and world views beyond those represented by classical sailor designs. Curly spent several years working at the infamous IntoYou tattoo studio in London before resettling back at Oxford, where he now wields his electric needle at the Tattoo Club of Great Britain. Growing up near the Pitt Rivers Museum in Oxford – famous for its ethnographic collections – Curly remarked that the museum may have somewhat influenced his work. In this series of photographs, he tattoos long-term client Michelle Free as her husband Chris looks on. Confessing her addiction to patterns and tattoos, Michelle hopes to fill all the spaces on her skin until body and image meld into one. 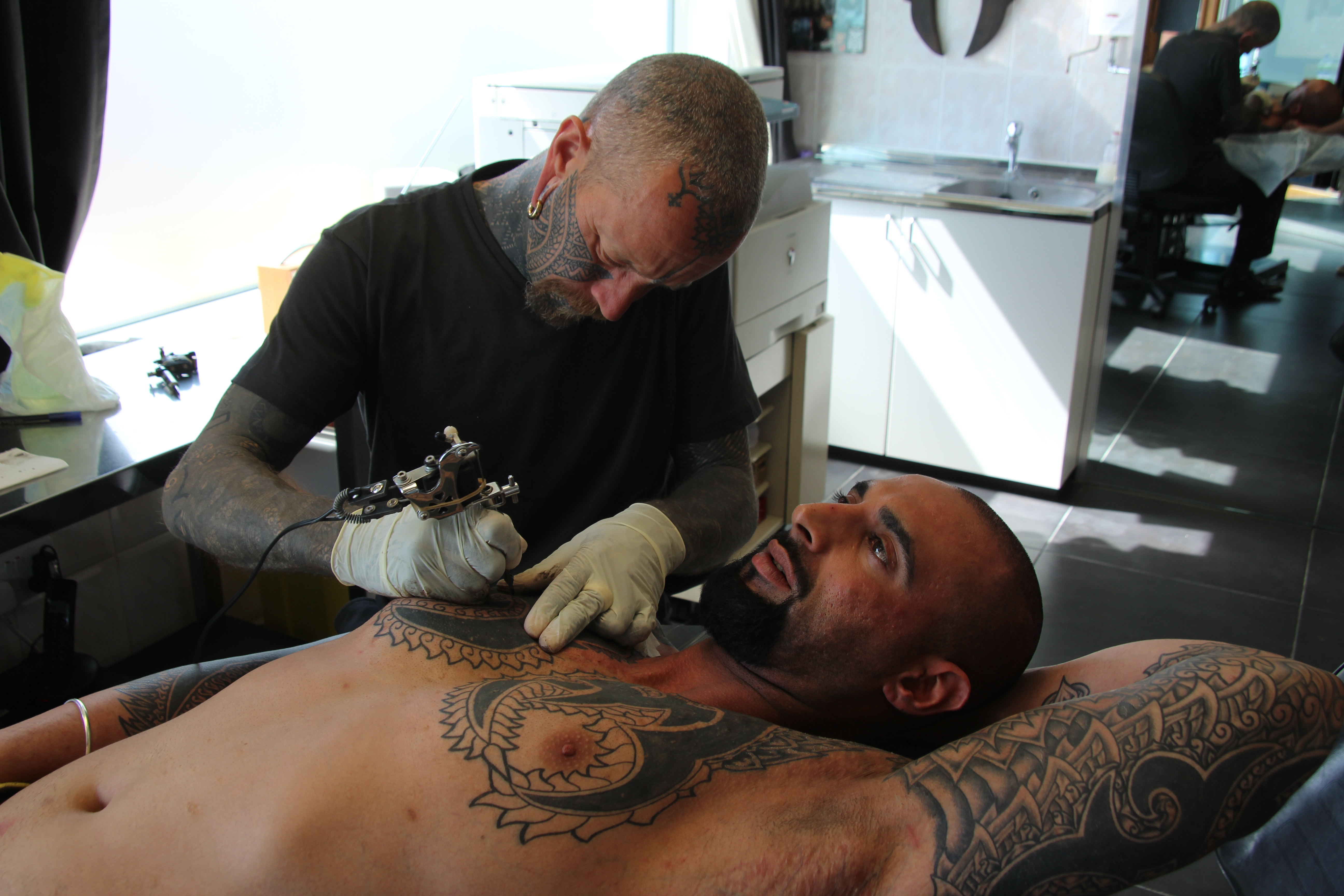 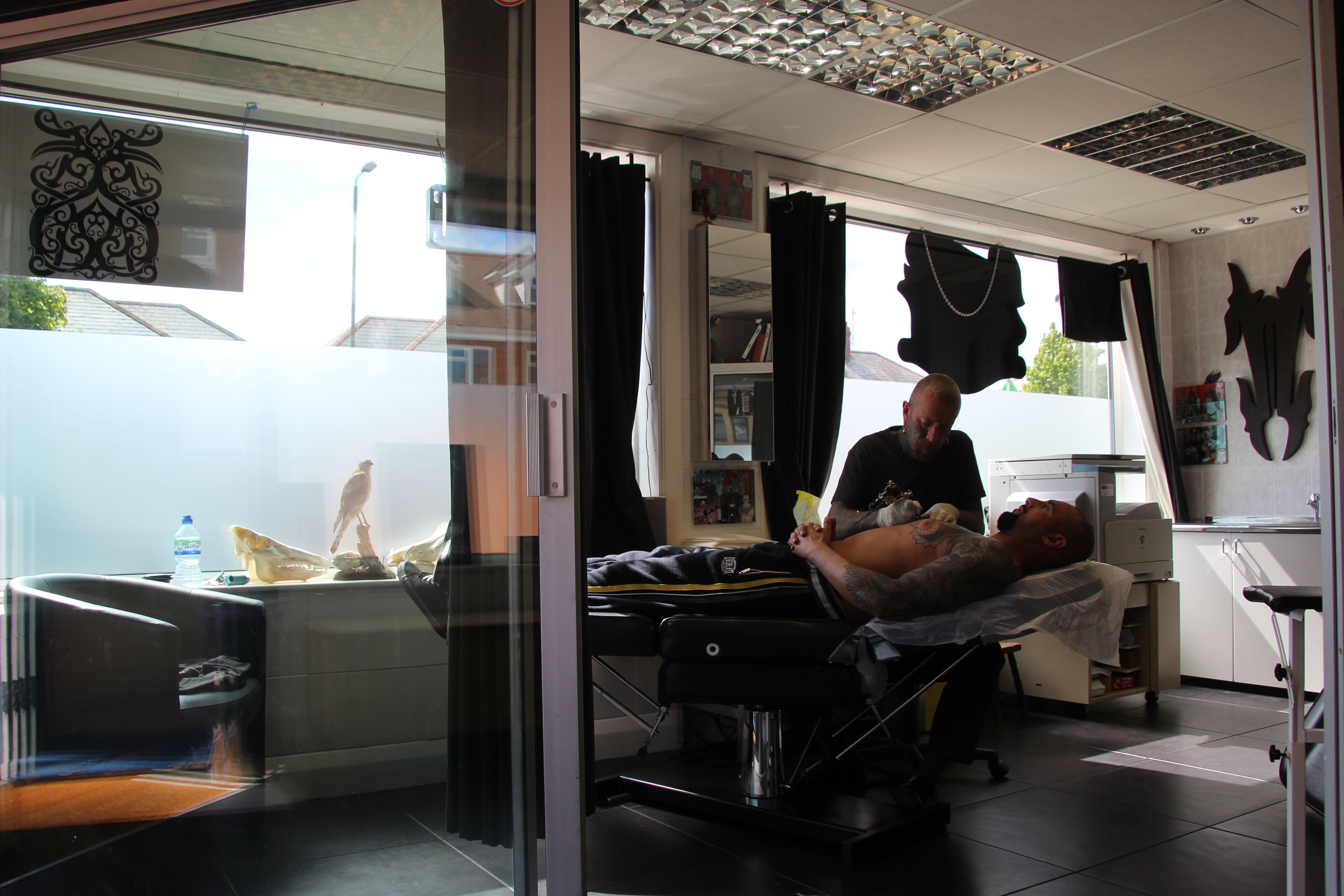 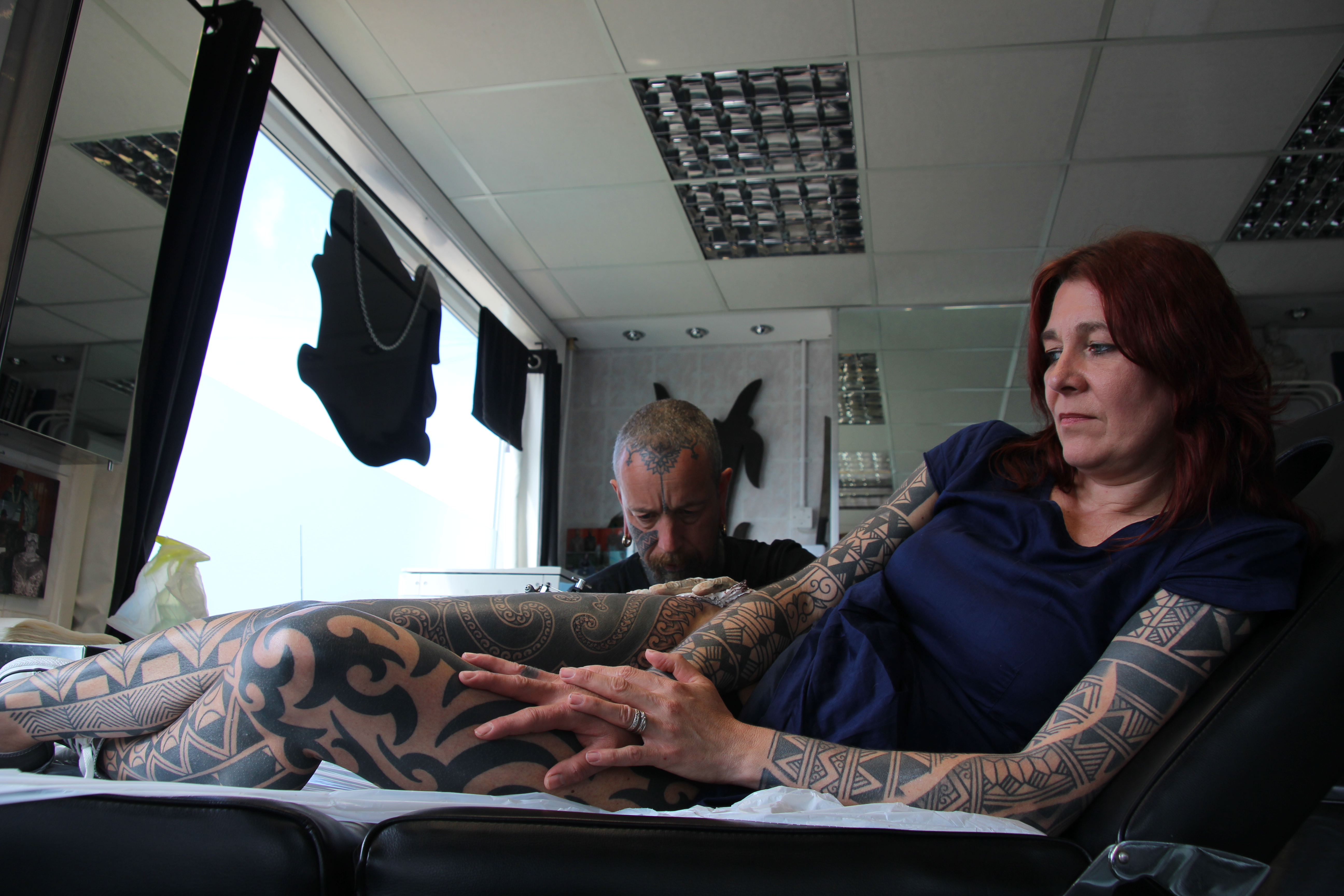 Curly: Sometimes you’ll have people screaming in here.
Michelle: It’s painful, but it’s bearable. It’s when I go quiet that
it hurts the most. 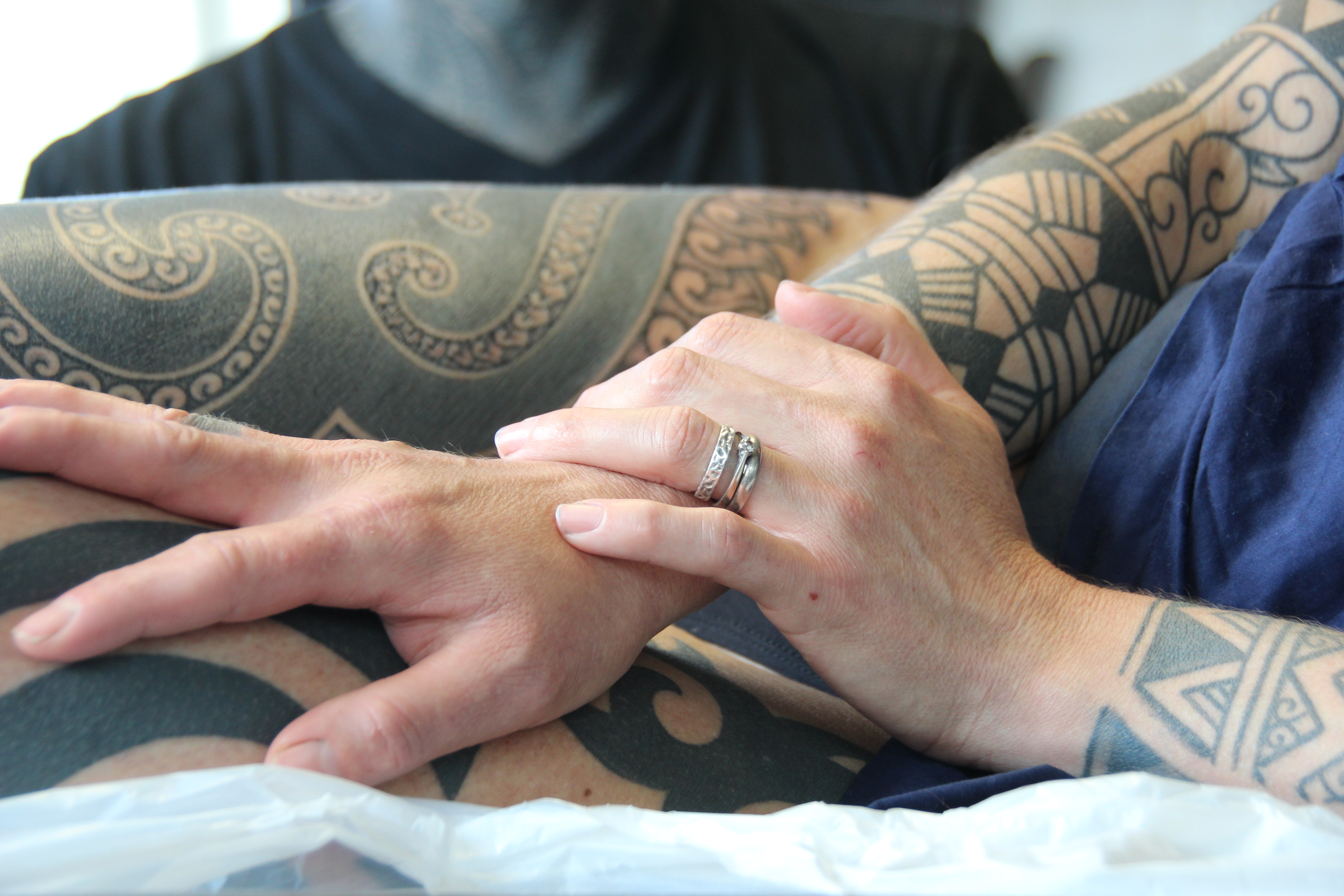 Michelle: I like patterns – tattoos are addictive. In the end, I’ll
have one tattoo.
Curly: That’s the best kind. There’s no such thing as an empty space –
you just keep going. 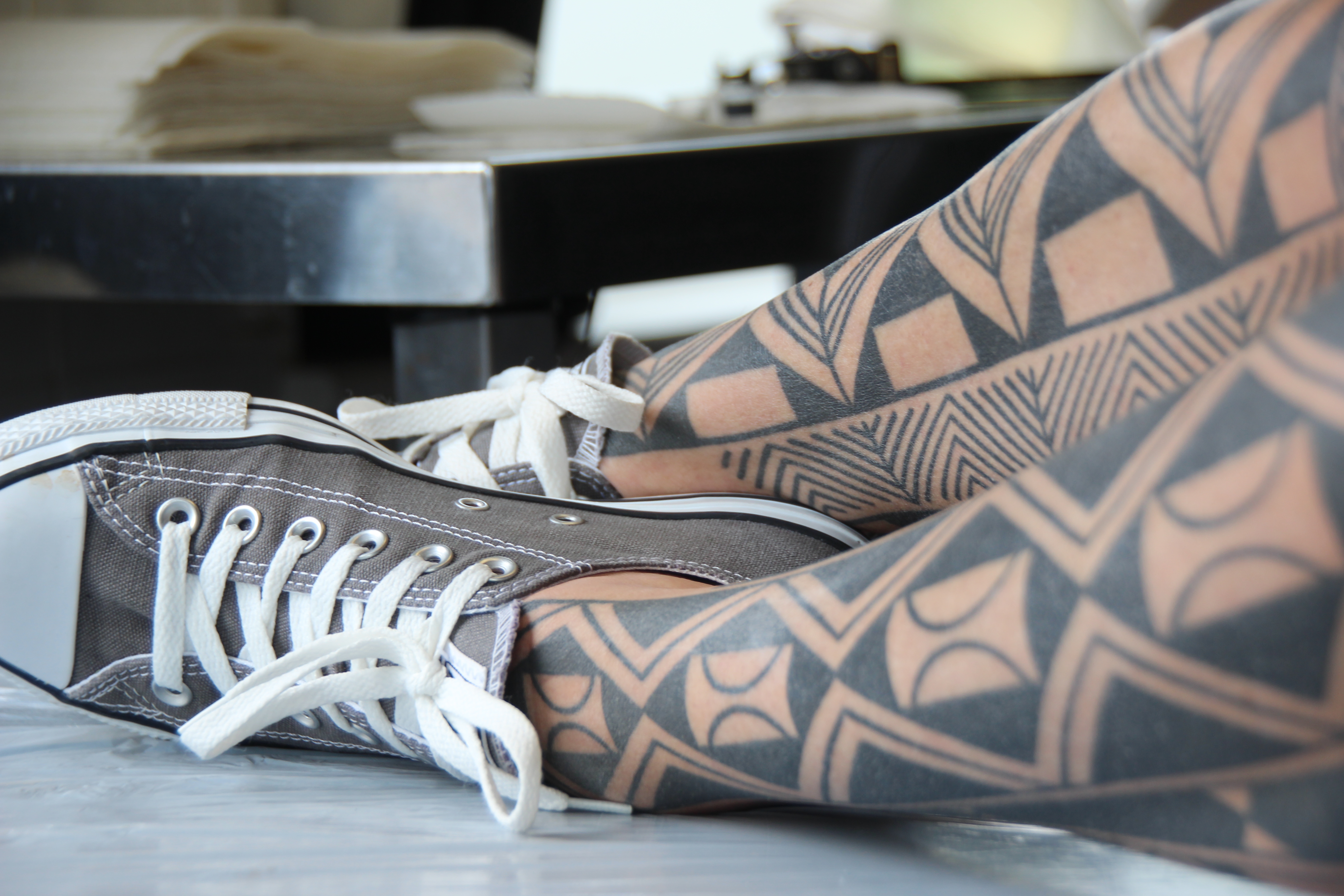 Michelle: People stare all the time. They ask me if I’m wearing tights. Sometimes I have to say, ‘excuse me, but it’s rude to stare, you know.’ 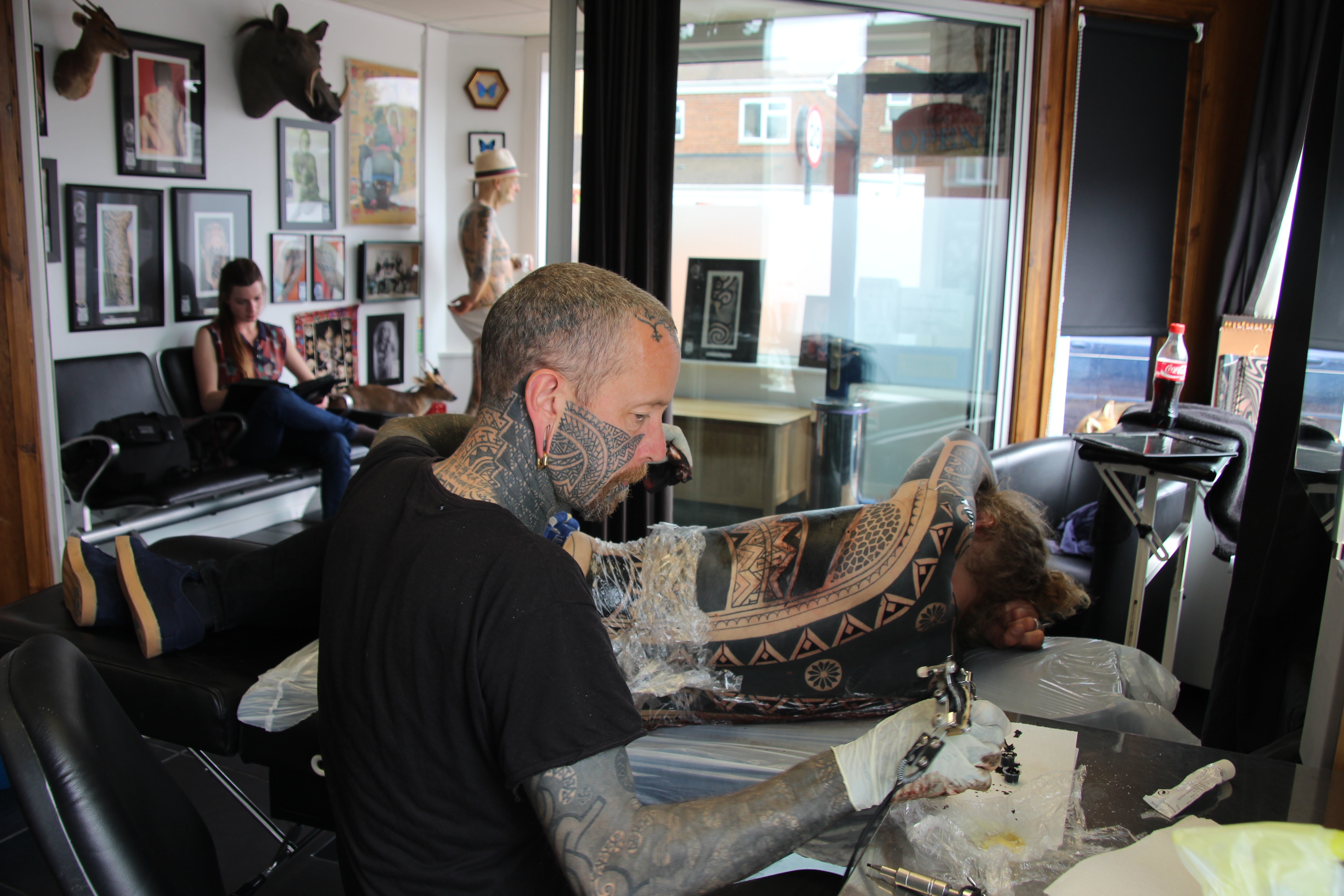 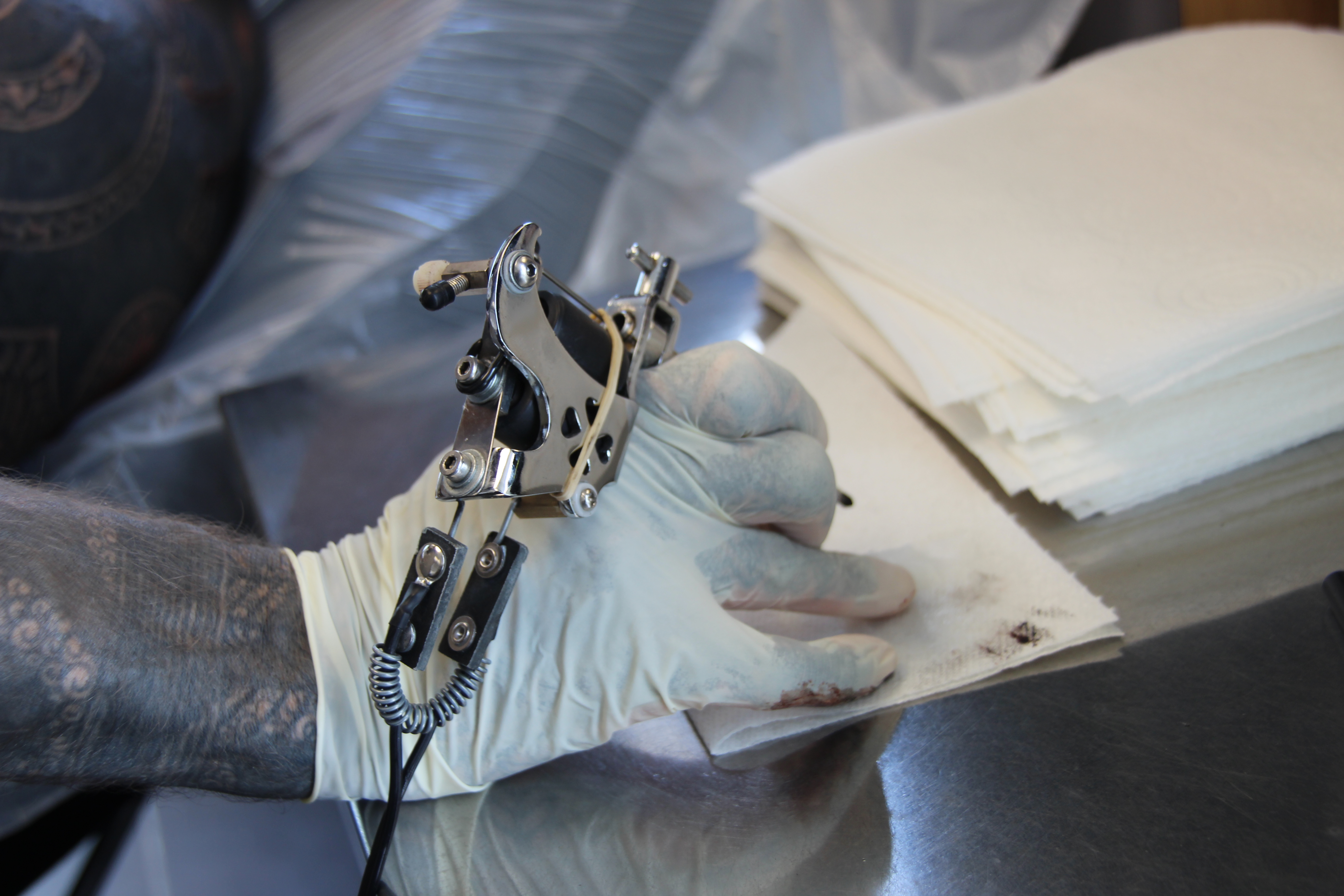