Out of Adam’s rib was Eve created.

This awkward detail, so contentious a part of Christian inheritance, has proved troublesome for many a female Christian. A Muslim woman who reads in the Quran of her creation from the same, single nafs or ‘self’ out of which God created man, need not grapple with subordination in creation.

There is a growing movement among Muslims, especially women, away from what they understand as patriarchal Muslim faith towards an egalitarian Islam. In recent decades, female scholars have focused on gender equality embedded in the text of the Quran, of which the process of creation is just the beginning. This intellectual endeavour directly supports activist work across the Muslim world to push for reform in familial law and cultural attitude, and enhance the social status of oppressed Muslim women. The sum of this work – which cannot be given a monolithic identity – is ‘Islamic feminism.’ 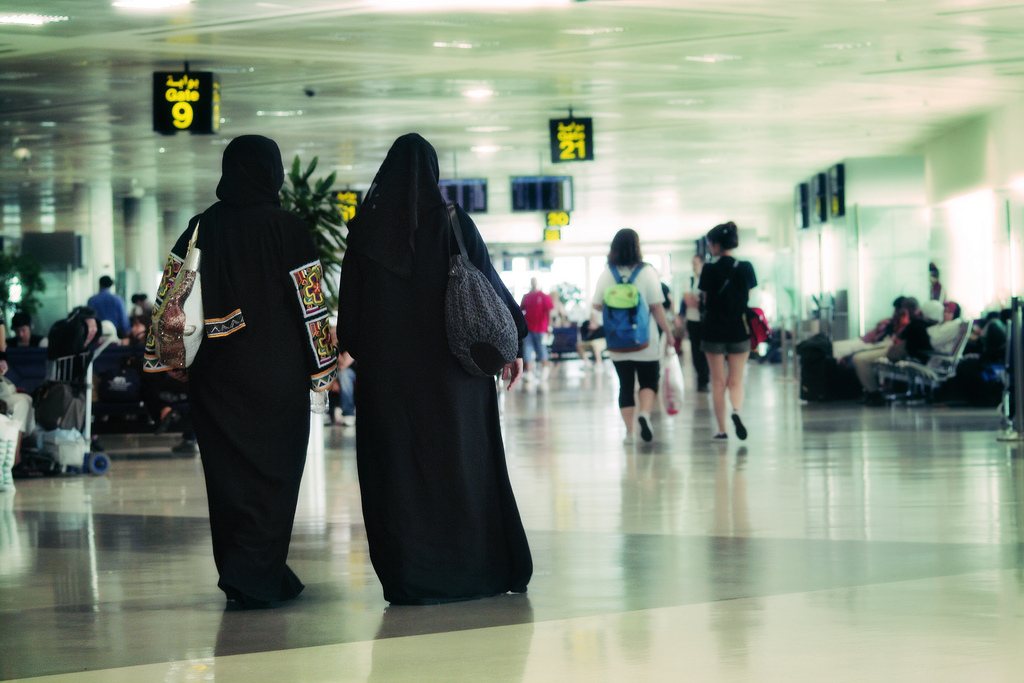 The movement takes as many shapes and forms as the women it represents. While all engaged in Islamic feminism – whether intellectually or actively – seek gender equality and justice for women, an agreement on what constitutes justice or equality is rarely reached. Perhaps the most we can say is that the movement is principally for those men and women who are troubled by the injustices and inequalities that are perpetuated in the name of religion, and who understand the work of Islamic feminism to be an expression of progress, a reconciliation of religious beliefs with equality.

Islamic feminism has its roots in late 19th century Egypt, picking up pace in the 1970’s and 80’s alongside the rising tide of Islamic revivalism, which sought a return to Islam against the perceived ‘secularization’ of Middle Eastern culture. The relationship between patriarchy and Islam burns at the heart of Islamic feminist discourse. Muslim belief tends to be strong in countries with patriarchal cultures. When we speak of the violence faced by women in Muslim communities – 3 of the 5 most dangerous countries in the world for women are countries with Muslim majorities – or of the inequality or discrimination Muslim women face (the 2009 Global Gender Gap Index, reported by the World Economic Forum, listed predominantly Islamic nations at the bottom) we should recognize that we are speaking of a cultural problem as well a religious one. A recent glance at Indian news networks will reveal that South Asia as a whole, not solely Muslim Pakistan, has serious gender issues. However, the movement does not underestimate the link between patriarchal interpretations of Islam and the suffering of Muslim women worldwide. Through fierce historical and hermeneutic critique, Islamic feminists aim to refute the charge that Islam is fundamentally and inherently patriarchal and misogynistic. It is the points at which patriarchy and Islam have fused, both historically and in contemporary culture, that are of most interest.

Female scholars’ own egalitarian exegesis of the Quran may come as a surprise to both the Muslim patriarch and the ill-informed western feminist, who assume disadvantaged gender roles as integral to Islam. Much of Islamic feminist writing is nothing less than a sustained critique on the theology and the interpretive methodology of previous Muslim scholarship which has allowed for patriarchal readings of the Quran to become normative in Muslim communities. Historicizing the Quran is fundamental to the sting of the Islamic feminist charge against patriarchal interpretation; Muslims often resist contextualization of the holy text due to a concern this might undermine its sacred and universal character. Islamic feminists have no such fear, often arguing that only through appreciation of the Quran’s historical context can one appreciate its universal message.

Palestinian academic and writer Ghada Karmi described the Quran as ‘two documents in one’, its message, while eternal and unchanging, clothed in a conditional text adjusted to the social circumstances of 6th century Arabs. Egyptian American scholar  Leila Ahmed applies this duality in a wider context speaking of Islam’s two distinct voices: one, an ethical structure advocating the moral and spiritual equality of all human beings and the other, a hierarchical structure as the basis of male and female relations (essentially a gender-based, sexual hierarchy.) Both voices are the voice of Muhammad, both voices find full expression in the Quran. Ahmed writes that with the onset of the Abbasid dynasty in Iraq, Islamic doctrine developed with a fervent androcentric, misogynist flavour. This society emphasised and institutionalised the gendered hierarchical voice we see in some places in the Quran – the Abbasid elite kept enormous harems of wives and concubines, the historical reality of the ‘Arabian Night’ fantasy,as well as sanctioning polygamy and the seclusion of women. To the Abbasid Muslim man, women were objects to be bought, sold, abused and ignored. The intense misogyny women suffered under the Abbasids is not, according to Ahmed, originally or exclusively Muslim. Neither is misogyny as it is experienced by Muslim women today. For the Islamic feminist, the liberating potential of scripture overwhelms us when we free the egalitarian voice from its patriarchal shackles. American Muslim author Jenifer Zobair agrees: ‘To be a woman in Islam is an exercise in separating the words of men from the nature of the Divine.’

For the Western world the crux of any discussion of Islam in terms of women’s rights is the veil.  In the 1970’s, consistent with the general trend of Islamic revivalism, Muslim women began to wear the veil voluntarily. Second wave Western feminists reacted strongly, claiming Islamic oppression of women. The veil became a convenient symbol for the the ultimate instrument of oppression. This moralizing is considered an intrusion and is largely unwelcome in Muslim discourse. While one finds some Islamic feminist scholarship concerned with the veil, the attention it has attracted in recent years, particularly in France and Britain, is certainly not reflective.

The recent twitter topic  #lifeofamuslimfeminist revealed the anger this misapprehension of the veil inspires in British Muslim women. Many Muslim women choose to wear hijab, niqab or burka for deeply personal, spiritual reasons. Often this choice is encouraged by a desire to display intellect over sexuality. While the veil is understood by many who choose to cover as a liberating force, enabling the wearer to be the observer rather than the observed or the person rather than the woman, we cannot take this to be the only motivation a women may have in veiling. The veil is chosen by others as a statement of Islamic identity and even as a rejection of western feminism; it can be the public face of revivalism. Those in Islamic countries or communities where, without the veil, women may be restricted or even in danger use it pragmatically. It is, for the women of Iran, a legal obligation. Western fixation with the veil, which often fails to appreciate these complexities, reveals the gulf between Islamic feminism and its Western counterpart.

Many Muslim women emphasise the historical precedent of Islamic equality. The Quran grants to women the right to own property and to inherit from their parents (similar rights were denied to British women until the late 19th century.) It grants to women the right to an income without being considered the property of their husband and the right to work. The women who feature in Islam’s early history, often the wives of Muhammad, even provide a template for relationships between man and woman. It was only through the emotional and financial support of the Prophet’s first wife, Khadija, that Islam was founded. Umm Salama, also a wife of the Prophet, ensured the Quran was addressed to both men and women – making Islam the only Abrahamic religion with a text specifically addressed to women.

However, Islamic feminism reminds us that it is not enough to boast that Islam promoted women’s rights 1400 years ago. Discussion must turn to the misogynistic and sexist aspects amongst the beliefs and practices of certain Muslims today. It is profoundly difficult for Muslim women to discuss these aspects without being misunderstood by both Western feminists and Muslim patriarchs. That is why Islamic feminism aims to challenge patriarchal Islam from within the Islamic fold. It is not a practice in appropriating alien cultural ideals, but in bringing about organic change in Muslim communities with the support of Islamic values and scripture. It is about showing that it is no harder to find feminist interpretations of Islam than of any other religion. It is about proving women can be both a Muslim and a feminist, without either contradicting or invalidating the other.