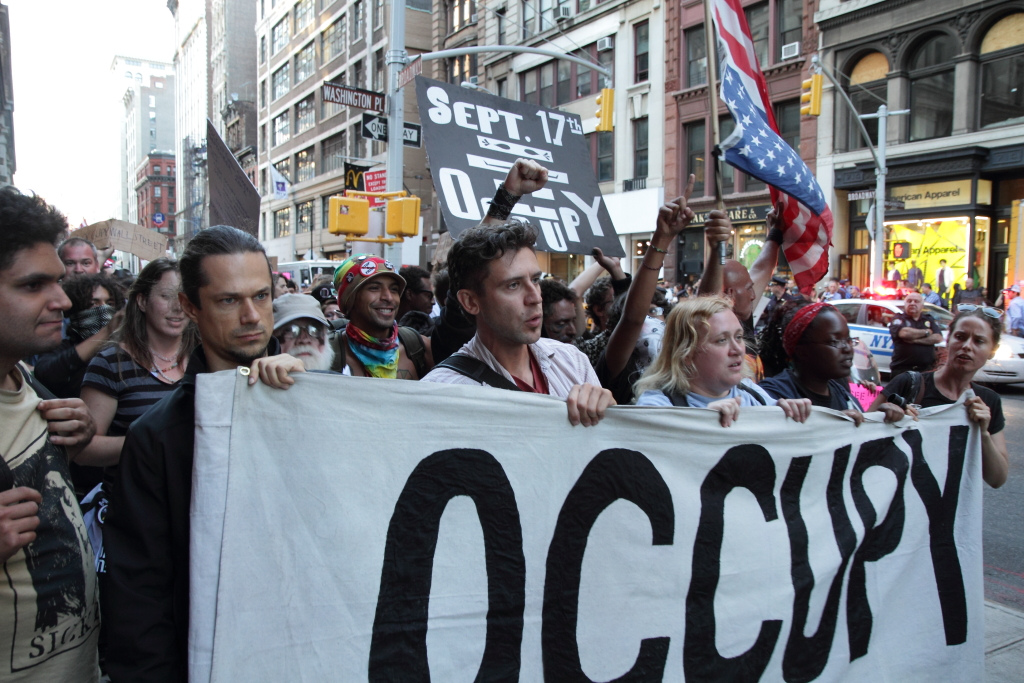 Grassroots, a new film directed by Stephen Gyllenhaal, has an important message to communicate to our generation: mobilization in politics is more important than we realize. The   internet is making it simultaneously easier to be globally informed and easier to hide behind our screens and pseudonyms, shirking from concrete action. Grassroots prompts reflection on the intricate ways in which grassroots movements are linking the local and global through the medium of internet.

The film tells the true story of Grant Cogswell, an Average Joe who decided to stand for mayor of Seattle in 2001 as an independent candidate, running against an entrenched and very popular incumbent. He enlists his reluctant friend Phil Campbell as campaign manager, and together they succeed in finding legions of volunteers for their campaign, which aims to create a monorail through Seattle rather than extending the highways which bring congestion and pollution to the city they love. They are a surprise success in the primaries, and the campaign draws more and more attention. Victory seems close; Cogswell’s blind passion and lack of strategy are endearing, but ultimately lead to his not getting voted in. The real Grant Cogswell is now in Mexico City, where he owns an English bookshop (“You can imagine what a success that is,” comments Gyllenhaal wryly). Is this, then, a story about failure?

“Well, what happened in Rocky?” retorts Gyllenhaal,  “He loses! But what he gains is more important…” Gyllenhaal’s message, which he shouts out to the group of students at the film premiere, is to RUN FOR OFFICE. “The average age of the Founding Fathers was 26 when they wrote the [US] Constitution”, he reminds us. Alongside his worry about growing political apathy among today’s young people, is a worry about inaccurate representation on a national level. “On the local level people are more free to express their own views”: the difference between local and national politics is huge, especially in the States, where multiple ideologies converge on two monolithic parties at the national level, parties which often fail to represent the interests of citizens at city and state level.

Grassroots movements, led by people who decide to take matters into their own hands, are a solution to these problems. Often concentrating on a single issue, their leaders comfort disillusioned voters by emphasizing how similar they are to ordinary people: as Gyllenhaal says, “Anyone who wants to run for office, and the people around them… they’re all human beings, they’re not aliens.” The polar bear costume Cogswell dons during speeches about ecology is representative of this impulse to desacralise politics and make it accessible: “One of the things comedy and drama can do is really allow an audience into the humanity of everyone.” And glimpsing the human behind the politician is incredibly valuable in times of disillusionment – Obama’s tearful speech after the Newtown tragedy was touching for that reason.

Doubtless Cogswell would have had a much easier time of campaigning in 2001 had he had Twitter at his fingertips. The internet is the ultimate linkage tool for grassroots activists. Indeed, though social media is not mentioned in the film, Gyllenhaal is fully aware that: “Social media is drastically changing the way politics works.” With geographical distance eliminated by fast connections, like-minded individuals can find each other faster than ever.

Thanks to the internet, grassroots movements have sprung up in spheres other than the political. Anyone with a creative project (film, game, book, app) stymied by lack of funds can use the crowdsourcing website Kickstarter to ask for donations towards their project. Kickstarter is the ultimate grassroots enterprise, signaling a democratization of ideas to the point where products around the world can be made thanks to money from thousands of donors, who often choose to remain anonymous, but are happy to donate large sums in order that a certain object will come into being, at some point in the future (some projects never come to fruition). Over the course of November 2012, the opening month for Kickstarter UK, a total of £2,069,164 was pledged for 407 projects, at a rate of £48 each minute. Kickstarter represents a new perspective on creative ideas, seeing them as participatory entities rather than private property. Grassroots movements are paradoxical: they seek to represent local interests, yet also require a global stage on which to stand, and find support; this has recently been made possible by the internet.

More than just a tool for grassroots movements, the internet has become an issue all of its own, the very reason some movements exist. Members of the Pirate Party knew each other only by their internet pseudonyms before their first convention, on a campsite in the south of France. The French branch of the party was created in 2011 and now has 960 members, united around a core aim of loosening the legislation governing Internet downloads. Though often likened to more obscure hacker groups like Anonymous, the Pirates aspire to a more institutionalised future: “We’re not revolutionaries,” proclaims one member, and though they do hack, they “want to hack and be hacked for [their] ideas.”

Founded in Sweden in 2006, the Pirate Party now has two representatives in the European Parliament. The German branch has several delegates in Berlin’s state parliament and is thefourth strongest party in the country. The party wants to continue improving its position, but never wants members to hold actual governmental power. The idea is to put pressure on those in power, yet stay close to the people – an ideal compromise befitting of the grassroots paradox. The Pirates are far from being universally accepted, but the movement they most strongly resemble, the ecological warriors of the 1970s, have since been institutionalized, and are now a force to be reckoned with in national and global politics. Thanks to the internet, the same process is being accelerated for the Pirates and similar grassroots movements.

The upshot of these developments is that grassroots philosophy is increasingly applying to our everyday lives. Gyllenhaal’s message is timeless, though; it may seem easier to be politically active today, if by politically active we mean posting tweets or statuses bewailing the state of the world – but true mobilization requires more than mere clicks.