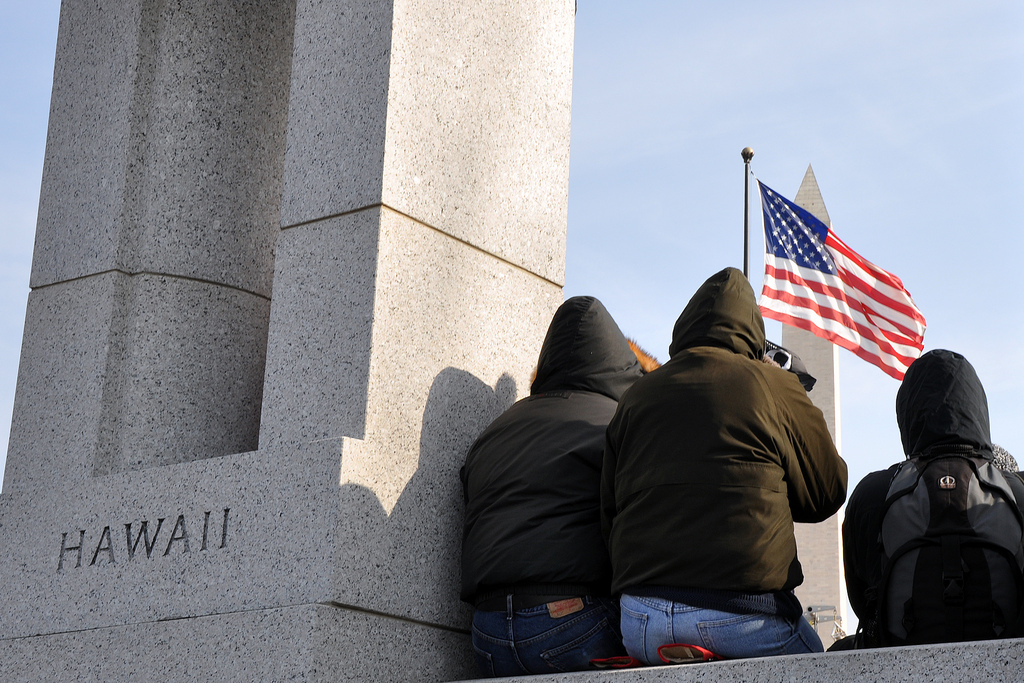 Obama is Reagan. So says the political journalist Andrew Sullivan, who believes that the re-election of the 44th President of the United States marks a fundamental shift in American society. Just as the 1980s rang in a new era of individualism, today’s America looks and feels as though it is becoming a different place. For its twenty-somethings at the start of their adult lives, Obama’s America will be – for better or worse – their America. ISIS talked to four college students who worked on Capitol Hill during the election campaign – two Democrats and two Republicans – and asked them about the nation they are going to inherit.

Wesley Verge is a student at the State University of New York and a Democrat. “I do believe that this is a turning point for the United States… Obama’s election shows that even amidst hardship and turmoil, the country agrees with his priorities,” he says. Despite stubborn economic challenges that might have derailed his campaign, Obama was able to increase his margin of victory over his Republican opponent. Wesley passionately believes Obama is making a difference: “his ideals reflect those of a country who cares about all of her children… healthcare, scientific expansion, and ending the wars are just a few examples of why I am more proud to be an American than I was four years ago,” he says. This is the optimism which spawned iconic posters emblazoned with the word “hope”, depicting a benevolent Obama in red, white and blue.

However, other college students oppose Obama’s policies with  equal fervour. Taylor Ayres is a southern belle. Devoutly Methodist and from a well-to-do family that divides its time between Georgia and Maine, she worked in Romney’s campaign headquarters. Her take on America’s future is decidedly less optimistic than Wesley’s. “Honestly, I’m incredibly concerned about the direction our country is headed and how large the federal government has become,” she says, echoing the concerns of millions of American voters. “I believe people’s dependence on the government is reaching an all-time high and my concern is that it will bankrupt our government… The creation of this welfare state shows a fundamental shift in the mind-set of the country as a whole.” For a nation that was born in a revolutionary rejection of big government and high taxes, attitudes towards the state are not just a matter of politics, they are a matter of culture and identity.

Taylor also worries about America’s diminishing position in a world where power is shifting from West to East. “Now, it seems China is on the fast-track to replace the US, and the US will sink very much like Great Britain, France and Germany did – due to large deficits,” she says. Fear about the rise of China (a populist theme played to by all Presidential candidates) also suggests an anxiety about America’s role and place in the world. As Mitt Romney pointedly asked during his campaign: will the twenty-first century – the era of Wesley and Taylor – be an American century like the one before it?

Yet whilst her religious beliefs might suggest that she is a social conservative, Taylor believes that gay couples should have equal rights and that her party must temper its cultural views. “I think we need to reassess the values we espouse and image we portray,” she says. “Though it will be a challenging process, I think a reassessment and a reorganizing might be just what we need.

Sarah Cueva, a student at the University of Southern California and a Republican, echoes this sentiment. A lifelong fan of libertarian Congressman Ron Paul, Sarah is scathing of the Obama administration’s economic and fiscal policies, seeing them as an attack on liberty. “I think four more years of President Obama’s fiscal policy could be disastrous in the long run and could move us towards a more socialist, class-antagonistic system,” she says. Sarah is equally concerned about the landmark healthcare reform dubbed Obamacare: “[it] has the potential to further plant the ideological seeds of socialism in the American consciousness, making it easier for similar legislation to pass in the future.” The metaphor that insidious seeds are being planted is powerful: Is the ground, the tangible foundationof America changing?

Taylor and Sarah are, like most Republicans of their generation, motivated by a concern for freedom – particularly economic freedom – which they see as inextricably tied into American identity. They believe that their party’s views on social issues are outdated, and a distraction from the real concern of expanding government. They fear that in the eyes of voters, President Obama stands for moderation and modernity, and against a Republican Party that is angry with the twenty-first century.

But liberals know that they have not yet, as President Obama put it, “won the future”. Cat Shieh is a Democratic Party activist from Cupertino, California, in the heart of Silicon Valley. She was an intern in the office of Congressman Mike Honda, one of Capitol Hill’s most liberal politicians. I ask Cat whether America is becoming a social democracy. “Oh my God, no! We equate that with communism!” is her amused reply. She would like to see America shift to the left, but sees little chance of that in the near future. Cat is cautious about reading too much into Obama’s re-election: “It would have been more of a turning point if it was a one-party takeover. It’s not just the Presidential election, remember it is Congress too. Obama’s getting re-elected only goes so far when there is a split Congress.”

This is perhaps one of the most important points about November’s election result. Whilst Obama’s clear victory in the race for the White House suggested to the world that the United States was making a break with the past, American voters were not nearly so decisive: the Republicans, including a strong Tea Party caucus, won the House of Representatives and with it the ability to block the President’s legislative programme. This uncertainty at least partly explains the vitriolic atmosphere in American politics. Hundreds of political staffers emerge from Capitol South Metro Station every day to posters depicting their President as Hitler, whilst the phrase “un-American” reverberates around the television studios and speaker meetings of Washington.

What it means to identify as an American is being contested, and this generates anxiety as well as vitriol. In the video to one of 2012’s biggest hit singles in the US, Lana Del Rey dressed up like JFK’s wife, Jackie Kennedy – complete with pillbox hat – and implored her boyfriend to “tell me I’m your national anthem.” The solemn symbol of national identity became a vehicle for validating an insecure girl, all the time channelling an elegant American icon.

For Wesley, Taylor, Sarah and Cat, the nation in which they are to lead their adult lives will be shaped by the next four years. It is clear that America is becoming a more socially liberal place; for the most part, the young – Republican and Democrat – welcome this. What is unclear is whether America will remain wedded to the libertarianism for which it has become a byword. The answer to this goes to the very soul of the world’s most powerful nation.