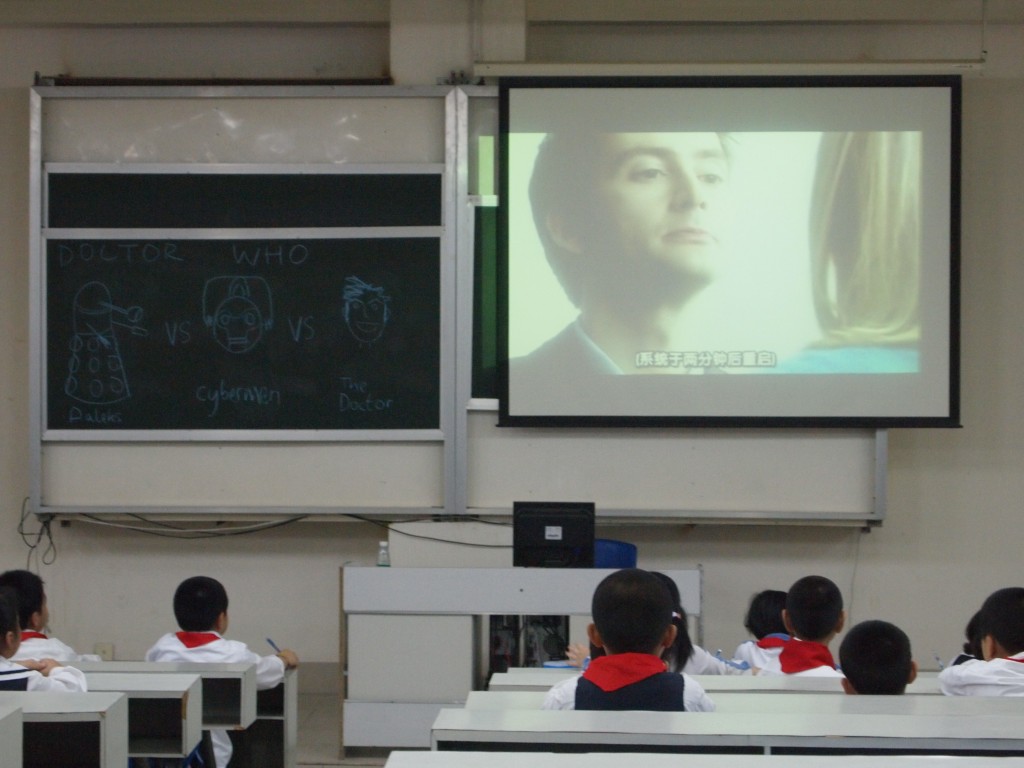 A class of primary school students watch Doctor Who in Shenzhen, China. A day after taking this photo, I entered a class to chants of “B!B!C!B!B!C!”. A year after taking this photo, China’s State Administration of Radio, Film, and Television reportedly ‘banned’ depictions of Time Travel in film and television. Whilst the official reason for this was to do with tacky depictions of important historical figures, sino-sceptics saw a more sinsister motive behind the censorship. China had decided that Time Travel was a dangerous notion: if a kid grows up believing they can change the past, they might believe they can change the future too.