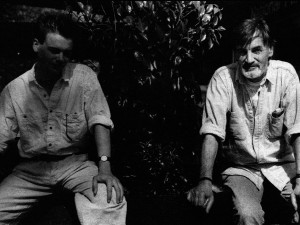 ‘There is only one plant that grows in all fifty states. It is the fastest growing sustainable biomass on the planet. It can produce paper, fibre, food, and fuel. Hemp can save the world if we let it.’
Jack Herer, The Emperor Wears No Clothes.

The green debate is no longer in the hands of a few wacky hippies left over from the Seventies but the problem is facing all men, governments and businesses. Prince Charles, who recently admitted that people thought of him as ‘mildly dotty’ or a ‘relatively harmless crank’ for talking about the environment has now become respectable; many look forward to the arrival of a greener monarch. Hollywood has gone green with the release of Ferngully, a feature length animation for children about poor Mother Earth and Medicine Man starring Sean Connery in a courageous role to save the rainforest. 1992 will be remembered among other things as the year of the Earth’s cry. The year the BBC ran its one world campaign, the year Jonathan Porrit told people ‘How To Save The Earth’ and the year the governments of the world met for the second Earth summit.

The age of banditry and crude pillaging is over and countries are beginning to realize that the survival of civilization depends on a more efficient and ecological use of our resources. For some people, Hemp is the only plant that can save the planet. They ask ‘How dare we use the word civilization which bans the most useful plant available to us?’

Voltaire wrote ‘il faut cultiver notre jardin’, a principle that has stood civilization in good stead for many centuries. Since the mid-nineteenth century, the drive of industrial capitalism has severed man’s link with his agricultural heritage. In the fifth century BC, Herodotus wrote how the Scythians used cannabis to purge themselves after funerals. They threw hemp seeds on heated stones to create a thick vapour and then inhaled the smoke until thoroughly intoxicated. “The Scythians howl with joy from the vapour bath.” Hemp became widely used throughout Europe, Asia and Africa for making medicine, paper, clothing and rope. In 1563, Elizabeth I decreed that one out of every sixty acres of farmland should be given over to farming hemp. Henry VIII imposed severe penalties on farmers for not growing hemp.

In America, both George Washington and Thomas Jefferson grew hemp and Benjamin Franklin started one of the first commercial paper mills to use cannabis. During the Second World War, the American government released a propaganda film called ‘Hemp for Victory’ urging farmers to grow vast acreages of ‘cannabis sativa.’ Clearly, the plant can offer a range of strategic uses which men have built on in the past. The history book indicate former widespread use with place names such as Hemel Hempstead, Hempton and Bangladesh (Land of the hemp people). The question remains why is hemp not being farmed today?

John Hanson, guest editor of The Ecologist in 1980, believes that “hemp is off the market because it’s too damn versatile. This is the age of patents, of multi-national companies who want to control things whether they’re seed banks or genes.” The 1937 Marijuana Tax Act represented a “conspiracy of interests to get rid of hemp”. This was done at the peak of the cotton industry’s technology, when Dupont began experimenting with synthetic fibres and when the Hearst Empire had massive investments in forest lands and machinery across the States. According to Harry Alderslade, a hemp activist, “a lot of money was invested in this disinformation that was spread in order to trash the plant for the benefit of the big chemical and plastic people who didn’t want competition.” The Thirties marked the start of the counter culture hemp conspiracy and are why, Hanson suggests, ‘the world is in such a poor state now.’

‘Humanity is massively sick. The whole planet is ailing as a result. Hemp embodies both a weapon and a cure – a natural weapon of impressive pedigree’.
Hempathy Issue, The Ecologist, October 1980

Jack Frazier, in ‘The Great American Hemp Industry’, believes that ‘hemp can play a part in repairing the damage done to the earth’. The seed can be grown worldwide and it has been proved that it improves soil structure without the need to pesticides. It is possible to harvest five tons per acre every four months to provide raw materials for a variety of products. The French have already farmed a form of hemp with a 0.3% THC content (the psychoactive ingredient that gets you high) for the manufacturing of cigarette papers. At this stage, hemp is legally cultivated and the marijuana debate doesn’t even come into it.

Teddy Goldsmith, brother of the billionaire entrepreneur Sir James Goldsmith, set up The Ecologist in 1970 and has devoted his life to the environment. He has published numerous books over the last twenty years including ‘A Blue-print for Survival’ which sold half a million copies. His latest book, ‘The Way – an ecological world view’ has been wifely acclaimed as a master-piece, ‘every writer of environmental philosophy from now on will have to take Goldsmith’s work into account’. He was at Magdalen College towards the end of the Forties and remains staunchly critical of the type of education that Oxford offers. “It’s all bullshit, people start getting educated when they leave the University. We assume that political institutions are normal yet no government works, no government attempts to solve real problems. The green issues are the things that matter and the total failure of academics to realise their importance makes what they’re talking about appear totally irrelevant. They’re still teaching the same bullshit, Oxford is a fossil, totally fossilized intellectually and run by bureaucrats.”

He has little confidence in the Earth Summit to be held at Rio de Janeiro this June, “the governments are not making any real concessions. They would like to make as much money as individuals”. He understands that hemp is perceives as a symbol of the alternative world yet adds, “I think it’s a very good crop that should be grown for its fibre. I can see nothing wrong with it”. Like other ecologists, Goldsmith is adamant that the large multi-nationals like “Dupont and ICI are making this planet uninhabitable”. If hemp can play a role in re-introducing an ecologically sound world, then it appears that is in a plant we cannot afford to ignore.

John Hanson spells out the situation even more directly, “The crux we’re at now as an advances industrial society is that we’re on the way out. The way back in is if we can re-establish hemp. Traditionally, hemp has always been the mainstay of the small farmer for the last two thousand years, so it’s not some sort of pipe dream. Humans need to regain the idea of stewardship, of living in harmony but technology is the very reverse of that. It’s a sort of extension of Newton that the whole world is a machine and that man’s meant to control it. We’ve come to an end… it may just be an era, but I rather fancy it’s an end’. His message to the heads of companies is that there is ‘more to life than making money and a glossy presentation to shareholders once a year. I think they might smoke a joint now and again.”

Hemp activists enjoy saying how, without hemp, there would be no early recorded history and that the 1776 American Declaration of Independence was written on hemp paper. George Washington wrote in his diary on 12-13 May 1765 that “I sowed hemp at Midday, hole by swamp”. According to Francois Rabelais (1490-1533) “What would scribes, copyists, secretaries and writers fo without it? Would not the noble art of printing perish?” Hemp’s relationship with paper making is older than any other material. It is this link which men like Pete Messenger, from Ecologically Sound Papers, are trying to reestablish.

On 13 December, 1991, The Oxford Mail reported “City Man’s First with Cannabis Paper”. The man was Pete Messenger who claims that “no one else is producing that sort of quality hemp paper in the world”. Pete was the first person to produce a hemp paper that could go through a photocopier. His workshop is just off the Banbury Road making Oxford the centre of this revolutionary breakthrough. Wearing tie-dyed shorts, a white baggy shirt an sipping coffee from a blue mug with the word HEMP in gold capitals, he stresses that he is not doing these things for commercial interest but because he thinks that “hemp is the only plant that can save the planet.”

He believes that hemp could be re-introduced within a matter of months and that “when it does start growing here, it will catch on like wild fire.” He remains determined to see this happen, “my action is to enforce the pace”. He aims to introduce a tree free paper, 40% hemp and 60% straw, on to the market by late summer. He rejects that he may first have to overcome the major psychological barrier surrounding all hemp-based products. “It’s very easy to let people know that you can’t smoke it. Earthwatch Europe printed their corporate responsibility booklet on 160g hemp paper and were perfectly happy to use it even though their sponsors are B.P, Shell and Whitbread.”

In the long term, Pete envisages people wearing waistcoats and t-shirts made from hemp. “That’s probably the first and foremost use of the hemp plant which we ought to be researching. The Chinese make some good hemp fabric”. Meanwhile, Pete is still coming to terms with where to begin and how to get the most out of this versatile plant, “it’s a continuous focusing on the most suitable thing to do next.” Until he receives wider support, he remains somewhat irritated by the hemp preachers. “I’ve just got off my arse and done it. At the back of my mind I see people like John Hanson and Teddy Goldmsith, who do have the resources to do something about it, doing something about it directly rather than travelling round the world talking about the rainforest or the latest green crusade, then I’m going to feel a little bit frustrated that action isn’t happening. I’ve shown that it’s eminently possible on a bloody shoestring.”

The hemp debate should now be at the fore of national politics. Hemp paper may just be the start of a new global hemp industry. In an age when manufacturers are being forced to look into other, more ecological avenues, hemp may once again become the world’s most valuable crop. How many more headlines will it take before we resolve to get things changed? Recent front pages of Time magazine have included, ‘Torching the Amazon’, ‘Our Filthy Seas’ and ‘Endangered Earth’. Newsweek has already asked ‘Marijuana – Time to change the law?’ yet the barriers remain forestalling progress and the promise of a healthier future.

Multi-nationals cannot be held completely responsible, all citizens of the democratic world can voice their discontent and demand change. History teaches us that radical change is rarely imposed from above but comes from below at the level of the individual. In the words of John Hanson, “it’s time to get your own act together”.