In the seventeenth century, Descartes formulated the quintessential mind-body problem that founded philosophical Dualism. Since then scientific inquiry has continued to struggle uniting the two diametric realities of ‘mind’ and ‘body’. Modern-day neuroscientists have preferred a strictly materialist thought-frame. They seem to have forgotten that Descartes did actually believe something more: he theorised that the point at which mind and body intersect is  “the seat of the soul” or the third eye.

The pineal gland, thought by some to be the third eye, is found in the centre of the vertebrate brain. It is a pine cone-shaped endocrine gland that produces melatonin (N-acetyle-5-methoxy-tryptamine), a serotonin derivative hormone that modulates our sleeping patterns and seasonal cycles.

But the most intriguing and controversial function of the pineal gland is one hypothesised by Dr Rick Strassman in the 90s. According to Strassman, the gland is also supposed to secrete the powerful psychedelic DMT. Dimethyltryptamine, a Class A drug in the UK, gained exposure in popular culture through Gaspar Noe’s 2009 film Enter the Void and later through the 2010 documentary DMT: The Spirit Molecule, inspired by Strassman’s book of the same title.

Scouring the vaults of online drug library Erowid.org throws up an extensive collection of visitor-generated, first-hand reports of DMT experiences. Entry-level trips generally attest to an arched dome or chrysanthemum-shaped nexus of bright nodes, accompanied by a feeling of undulating pulsation.

But beyond a certain threshold DMT allows the user to supposedly ‘breakthrough’ by capitulating them into hyperspace.

The nexus of lights explodes into a vast landscape of complex geometric scaffolding. Numerous trip-reports account to these architectures being so unfathomably multi-dimensional that they can only be conceptualised as belonging to a technologically advanced civilisation of the future.

It is at this point that the hallucination then introduces the user to what are unanimously perceived as ‘foreign entities’, in some instances wishing to impart some wisdom in exchange for complete compliance from the user: an information exchange or even an alien abduction. 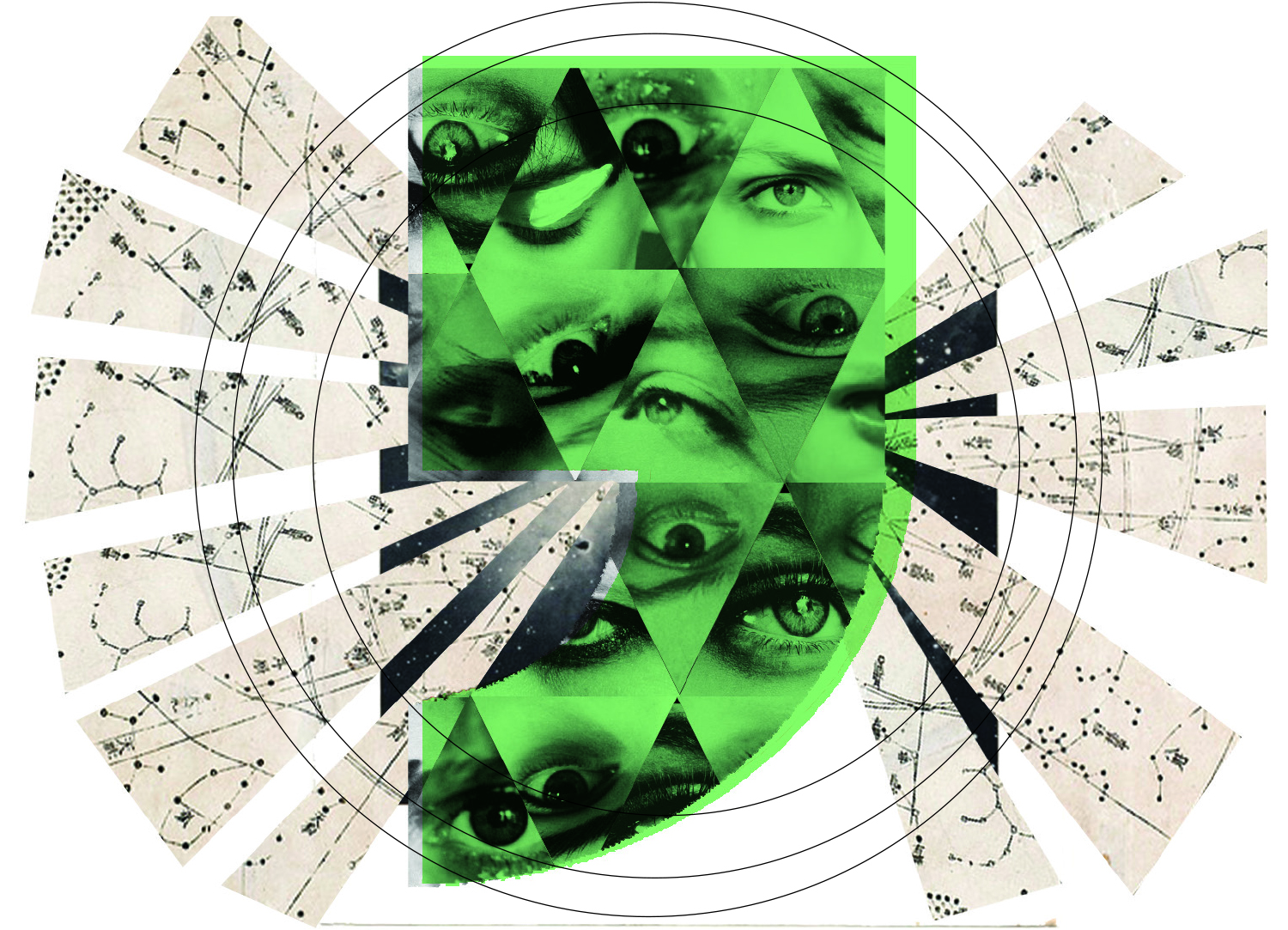 One man who holds unwavering faith following a DMT induced religious experience confided in me that his trip brought him face to face with God himself although the details remained ineffable.

In his trials, both volunteers reported disassociation of mind and body. While one test subject reported looking down on his unconscious, physical self, the other reported a light-at-the-end-of-the-tunnel experience – something she describes as reminiscent of the last bardo of reincarnation in The Tibetan Book of the Dead.

It may therefore be no surprise that the third eye holds huge literal and symbolic significance in religious and mystical scripture. In Hinduism, the third eye corresponds with the Ajna chakra found in the forehead; a gateway through which external, spiritual energies are believed to enter the body. We find similar concepts in Taoism, Buddhism and meditative arts such as yoga and qigong. The third eye is so embedded in South and South East Asian culture that we find its aesthetic representation in ornamental bindis commonly painted and worn on foreheads in the East.

Third eye symbolism is everywhere for the discerning observer, and so is DMT. Ayahuasca, a brew containing DMT-infused plant leaves, is still a key component in Amazonian Peruvian shamanistic practises to this day. Similarly, British writer Graham Hancock identifies the Ancient Egyptian Tree of Life as the DMT-containing Acacia Nilotica, revered for its capabilities for inducing dream-states millennia ago.

There may be connections between hallucinations and the pineal gland. Melatonin is only released in darkness and itself has photosensitive properties. Furthermore, comparative anatomy between the pineal glands in some animal species and the human suggests that, like the tuatara lizard, we may have evolutionary vestiges of sight intended for light absorption.

What is certain is that hallucinations and dream-states present us with a virtual rather than a material vision. DMT, via the pineal gland, therefore allows us to access a quality of information inaccessible to normal states of consciousness. In the words of one of Strassman’s volunteers, “[DMT is] not like some kind of drug. It’s more like an experience of a new technology than a drug […] It’s not an hallucination, but an observation.”

Does this imply that ancient civilisations harboured a communicational technology that has been lost in time? At a certain point in such esoteric research a gut-feeling holds us back. We are all hardwired to be wary of crack-pot conspiracy theories and wild-eyed New Ageism. There is the latent danger of DMT-related conjectures descending into an inevitable endpoint of pseudo-babble.Some of the hypotheses about the power of DMT have verged into the fantastical.

As testament to this, Hancock’s talk ‘The War Against Consciousness’ for TEDxWhitechapel was pulled from the official TEDx YouTube channel in March of this year, on grounds of immaterial scientific basis for his theories. The incredible proposal made by Hancock is the idea that our present linguistic capabilities evolved through early ancestral experimentation with psychedelics.

But this may highlight the very the heart of the matter. Perhaps there is not enough research into the exploration of non-physical, psychedelic realms. Altered states of consciousness are left to theosophy, practical experimentation and a few intrepid intellectuals to explore.