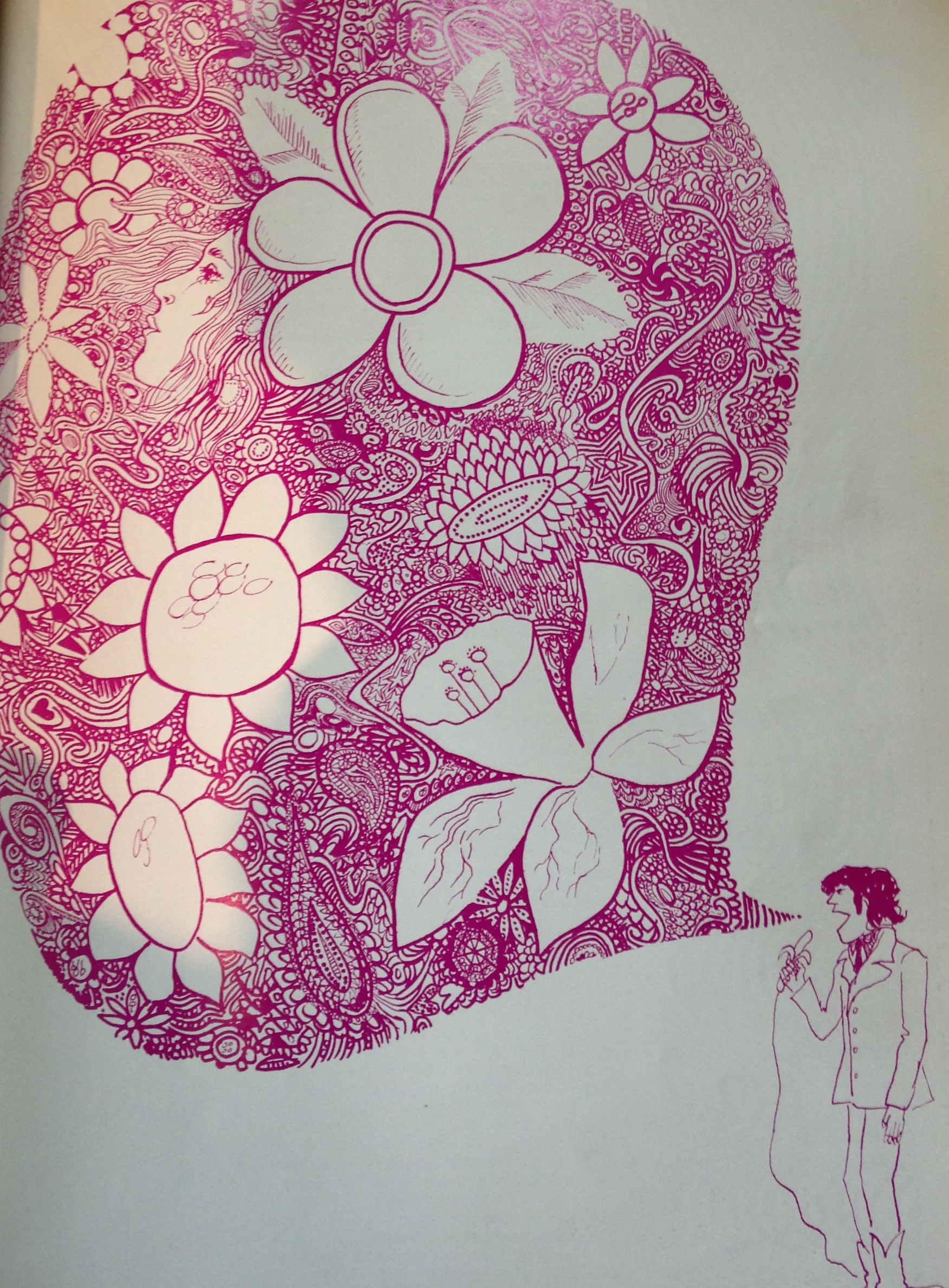 The Rolling stones at the London Palladium, but no happy chat with the compere. “Hello Fruity” says Mick Jagger looking old and stoned in his Royal Engineer’s Jacket. They are lost against the conventional lighting effects, slight figures in fancy dress, Brian Jones in Biba’s-style drag. What have the stones got now apart from a possibly fading sexiness? They are certainly not a musicians’ group. The line is that they can’t play their instruments, and anyway Mick Jagger sings out of tune. Their songs – apart from, say, “Satisfaction”. “Out of Time” “Going Home” – can’t even be compared with Beatles’ compositions for inventiveness and subtlety.
But what the Stones have as against all other groups is an eternal degeneracy, a sort of almost literary diversity in contrast to the Beatles’ staid musicalness. Their records are a pastiche of what the kids in London are doing and saying and dancing to – the “V” or the “catch 22” of the pop scene. The new LP, “Between the Buttons”, on Decca, has a cover of the Stones looking cold and tires in Richmond Park. It’s more allusive than ever, and parts made me laugh a lot.
None of the tracks are outstanding, but what is fun are the games there are to play, like for example, spot the cross reference. “Back Street Girl” is the prettiest number (already on a single by Nicky Scott) – poignant lyrics, an insistent accordion, evocative French movie music. Says Mick Jagger, “I wrote it because it reminded me of a French Café.” His cracked little boy voice is anyway as sensational as ever.
“Connection” is the best and the shortest track, a straight-forward old-time Stones’ song (referring back to themselves) with tenuous drug connotations. “She smiles sweetly” is “three blind mice” give or take a few chord sequences, and the last track on the first side is even more banal, although Mick sounds occasionally like Rex Harrison as Henry Higgins (“and her hair seems to shine in the light”) and the silent movie bouncy piano is nice.
On the second side, the Dylan-type number “who’s been sleeping here?” is again very pretty indeed, and has the authentic inconsequential lyrics (“The soldier, the sailor, the three musketeers.”) And the final track, 4.58 minutes of “Something happened to me yesterday” (“something oh so goodie”), is a real tour de force. Ostensibly a Kinks’ parody, it includes a tuba passage out of “Yellow submarine” and a whistle solo from Roger Miller.
But the dance band accompaniment is great – buy the record anyway for the last 45 seconds which are the jokiest on wax for some decades. The Charlie Watts substitute liner notes are also good value; ‘”Between the buttons’ on the ledge/ do seem at times to go over the edge.”