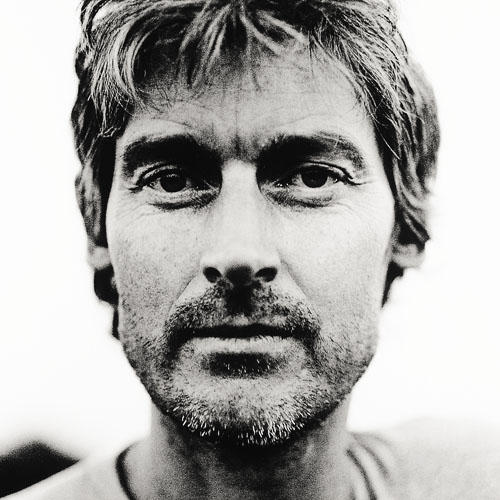 As the sounds of the school playground across the road filter into the room through the curls of Jamie’s cigarette smoke, we talk of his latest collection of poetry, Crocodiles & Obelisks, his work as a translator of modern Italian poets and his involvement in the recent production of Fabrication, an intense and little-known play by Pasolini.

– Is there a moment at which the person writing poetry becomes a poet?

I’m not sure you ever reach that point. But I’ve been writing poems for about 40 years so perhaps one day I’ll wake up as a poet. It’s often a very intermittent activity – and so you could say it’s only in the moment of writing that the poet is a poet.

– Are you ever afraid of a blank page?

There are many frightening things in the world but a blank page, for me, isn’t one of them. Still, I often write first drafts on old envelopes or Rizla packets so I must have some wariness of the virginal page. I stock up in Spain on cheap plastic notebooks that have squares rather than lines ruled over them and write in microscript, for privacy, I guess, as well as economy.

– Does the poem exist before you write it?

It may be a total illusion, but the idea that the poem does exist in some perfect form outside helps one stay with it and keep trying. I may be ‘given’ an element of the poem – a phrase, a line – but often I still have to forage for the rest of it. There’s something in the initial vibration of this ur-poem that compels you to keep true to it.

– Mandelstam mumbled for days and then sat down and wrote. What is the craft of writing like for you?

Mandelstam distinguished how he composed, walking up and down, from the way Pasternak wrote sitting at a big desk. In fact he didn’t consider himself a ‘writer’. He was also gifted with a remarkable memory and so could compose almost entirely in his head. Lacking that, for the most part I have to work with innumerable drafts. And I like the idea of writing, of stuff crossed out and scribbled in the margins – a messy palimpsest that finally arrives at clarity.

– Why crocodiles? And why obelisks?

Cocodrillo is Italian journalistic slang for an obituary, suggesting fake tears shed for someone’s death. The cover’s claim that ‘obelisk’ is the Russian equivalent is a stretch too far, but the obituary-writer in Andrei Kurkov’s novel Death and the Penguin calls them ‘obelisks’ – another kind of falsification of the dead. The book also contains references to more literal crocodiles and obelisks, including a crocodile in Seville and the Axum obelisk in Rome.

– The book presents the obituaries of a range of figures, from Gaudí and Dalí to Il Duce. What drew you to this framework?

The book looks at how cultural memory represents the dead, sometimes sentimentalizing, sometimes marmorializing. Between these two falsifying options I hope there are spaces discovered for a more authentic memory. There are also various strands connecting other artists such as Josef and Anna Albers, and Hannah Höch, and other architectural strands linking, say, the prison architecture of Piranesi’s prints and the actual prisons of George Dance. The first poem I made for the book was about writing an obituary for the poet Attilio Bertolucci, which generated a whole tribe of crocodiles.

– Your collection of translations of Valerio Magrelli’s poetry, The Embrace, was published recently and was awarded the Oxford-Weidenfeld Translation Prize. What do you find to be the greatest difficulty involved in translating poetry?

The process is difficult in so many ways but that’s the pleasure and challenge of it. On bad days you get bogged down with the nuts and bolts of syntax, on better days the poem takes flight, though the nuts and bolts have to be tight for the wings to stay on. Puns and intricate verbal play are often much harder to carry over than visual images. But I suppose the greatest difficulty is to find some form that accurately and interestingly resonates with the original, to find something with as convincing a quality as the original.

– Translating poetry is a creative process in itself, but to what extent does the work feel like your own creation or a collaboration?

It is a creative activity, but also a dependent one; at worst it could be described as parasitic. I prefer to consider it an epiphyte, something that doesn’t harm its host, just happily lives off it. After spending a lot of time translating Magrelli, I suddenly thought – how do you begin a poem? The process is very similar to writing your own poetry, but someone else has started it all off for you. A moment of anxiety.
In the end the translated poem is something of a hybrid, neither entirely yours, nor entirely theirs.

– I understand you translated Pasolini’s Fabrication for a production at The Print Room theatre.

Pasolini is renowned as a filmmaker and poet among other things, but hardly known even in Italy as a playwright. I was approached by the director, Lucy Bailey, who’d been working for years on the project. The translation I did was work-shopped in the theatre and went through many stages. This really is collaborative work, and I enjoyed the experience far more than I’d expected. It’s quite a shocking play, about a father who becomes sexually obsessed with his son, but Pasolini is consciously and brilliantly twisting a Sophoclean source, and even has the Greek dramatist’s ghost appear to reflect on the action. The form is free verse which, though heightened, has the naturalness of speech, so I’ve tried to find an equivalent in English.

– Are you working on anything at the moment? Is there any continuity between it and Crocodiles & Obelisks?

A book of poems called Out There should be published in the autumn.
It seems to me quite different, but there’s also a way in which book is linked to book as poem to poem so a writer’s concerns and images, not being infinite, are bound to recur. I only hope the recurrence is dynamic not repetitive.

– Pushkin sends off his newborn work to the Neva river to receive the rewards of fame: “misunderstanding, noise and blame”… What do you think about this trio?

When poems are published they cease to belong to the poet but that obviously doesn’t stop the poet feeling solicitous about their fate. Out of Pushkin’s trio, for contemporary poetry noise is probably the rarest, and even misunderstanding and blame might be preferable to silence.

Out There is now available from Faber and Faber